SAD NEWS FROM THE RACING WORLD

Chris Amon, generally regarded as the finest Formula 1 driver to have never won a Grand Prix, passed away Aug. 3rd at Rotorua Hospital on New Zealand’s North Island following a lengthy battle with cancer. He was 73.

Son of a wealthy New Zealand sheep farmer, Amon got his big break at LeMans in 1966 when he shared the winning Shelby American Ford Mk II with fellow Kiwi Bruce McLaren. That led to an invitation from il Commendatore to drive for Ferrari.

Although he had broken into F1 in 1963 with Reg Parnell, Amon never had reliable, competitive cars during the years leading up to his ride with Ferrari. Even though his mounts bore the prancing horse medallion, Amon continued to suffer one mechanical disaster after another. Fast he was, winning the occasional pole, leading deep into races and standing on a number of podiums, but victory would allude the talented driver throughout his 96-race F1 career.

Amon retired from racing in 1977, returning to the North Island to help manage the family’s sheep farm.

The Peter Bryant Challenger Award for excellence in engineering will be presented August 20 at the Monterey Plaza Hotel to Dan Gurney as part of the 50th Anniversary Can-Am celebration during the historic races and concours d’elegance that annually grace the Monterey Peninsula. 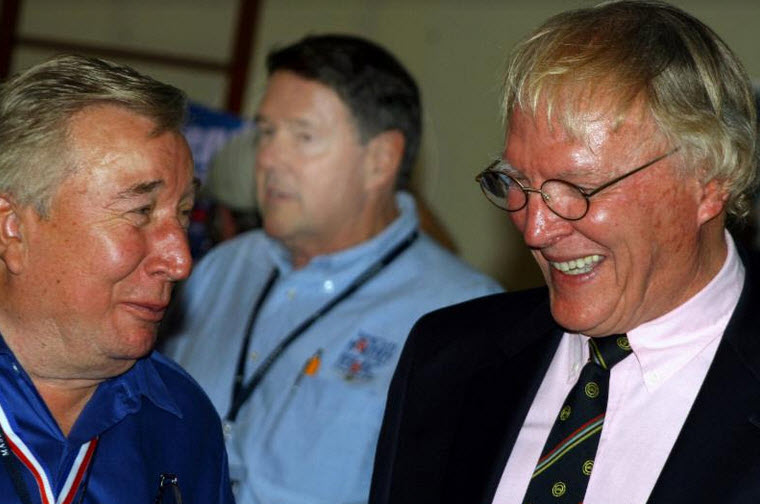 Peter Bryant (left) with Gurney at the 2009 Riverside Reunion shortly before the noted race car designer passed away. Bryant penned the Ti22 and UOP Shadow Can-Am cars as well as the Shelby Series 1 road cars. [Image courtesy of Dave Wolin]

Thought of more often as one of history’s greatest racing drivers, Gurney’s keen knowledge and appreciation of the engineering that goes into great racing vehicles not only enhanced his years behind the wheel but extended his influence and success at the sharp end of motorsports for decades.

Dave Wolin, organizer for the Can-Am festivities, said, “We’ve got the plaque ready. In truth, Dan Gurney’s name should have been on the perpetual trophy long ago.”

Sunday, Sept. 4, is the date for our annual member luncheon at Lime Rock Park during the Park Concours d’Elegance, part of the Historic Festival 34. Time, noon. Guests welcome. 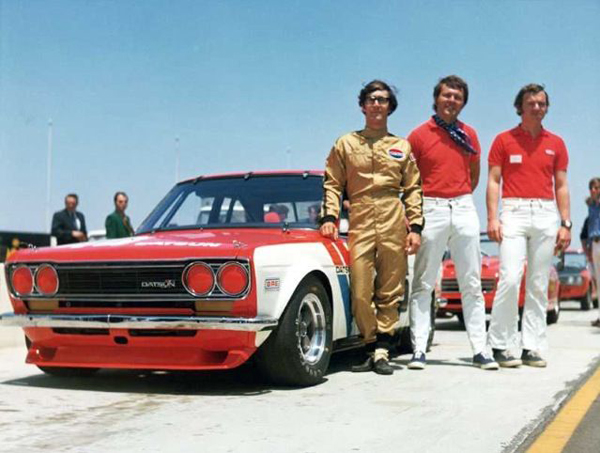 This year’s honored guests are the dynamic duo of RRDC members John Morton and Pete Brock. Among Brock’s numerous accomplishments is, of course, his designing the Daytona Cobra Coupe and founding his wildly successful Brock Racing Enterprises (BRE), for which Morton was asked to drive and, together, they won prodigiously between 1969 and 1972 in BRE Datsuns in C-Production and 2.5-liter Trans-Am. Morton will also race a BRE Datsun 240Z over the weekend.

Members may bring guests: $45 per person, payable at the “door”, cash or check. Please RSVP to Judy Stropus by Aug. 18 and please include the names of your guests. One-day passes for Sunday only for members and their guests can be picked up at Will Call. 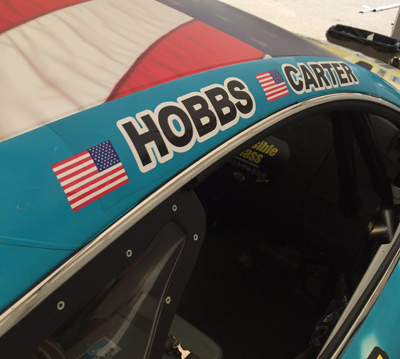 Vintage Motorsport announced that contributor Pete Lyons received a Gold Medal in the International Automotive Media Competition, presented at the Concours d’Elegance of America in Plymouth, Mich., in late July for his piece “Piggy” in the magazine.

Kevin Buckler’s Adobe Road Winery is moving its Sonoma Plaza tasting room to The Petaluma Mill in anticipation of final move to the winery’s of a state-of-the-art facility to open next year on the Petaluma riverfront. The 12 and a half foot redwood bar top from Sonoma Plaza is central to the new space with a lounge for Adobe Road’s wine club members. Check out the investment opportunities. 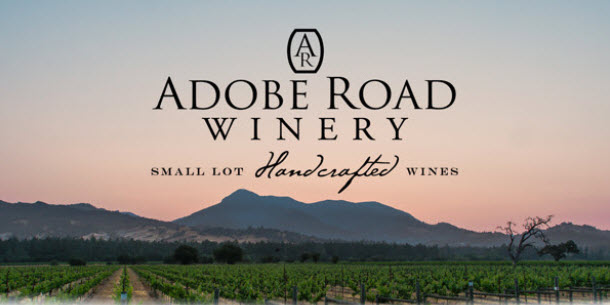