At what’s become our annual RRDC luncheon at Lime Rock Park, there were 35 members and guests enjoying the opportunity to chat and reconnect with other RRDC members on a beautiful Sunday in the Park on Sept. 4 with Historic Festival 34 as backdrop. While historic racing on Lime Rock’s 1.5-mile track took place on Friday, Saturday and Monday of Labor Day weekend, Sunday featured the Concours d’Elegance, held on the track’s 2,200-foot Sam Posey Straight. 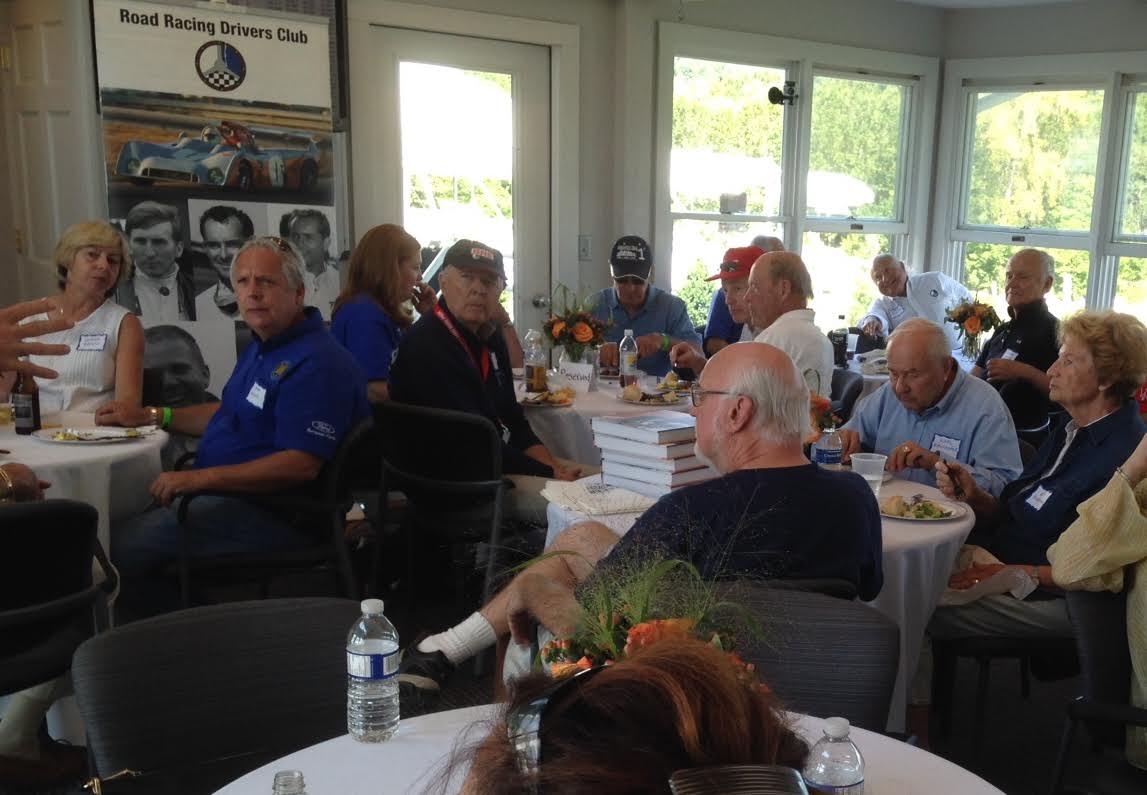 Thanks to the support of members Skip Barber (track owner) and Murray Smith (event organizer), we enjoyed the comfort of the Lime Rock Chalet while we heard from RRDC members and the Festival’s Honored Guests John Morton and Pete Brock. They spoke to the group on subjects such as Morton’s dramatic crash at LRP in 1987 in the Nissan GTP car (you should hear Sylvia Wilkinson tell this story), and Pete Brock’s career as a car designer and founding his successful Brock Racing Enterprises, for which Morton drove from 1969-1972. As a delightful interlude, Morton got to drive the Revs Institute Lancia D50 recreation, a Fiat Abarth TC-1000 and a Lotus 23B, similar to the one John campaigned in the ’60s. 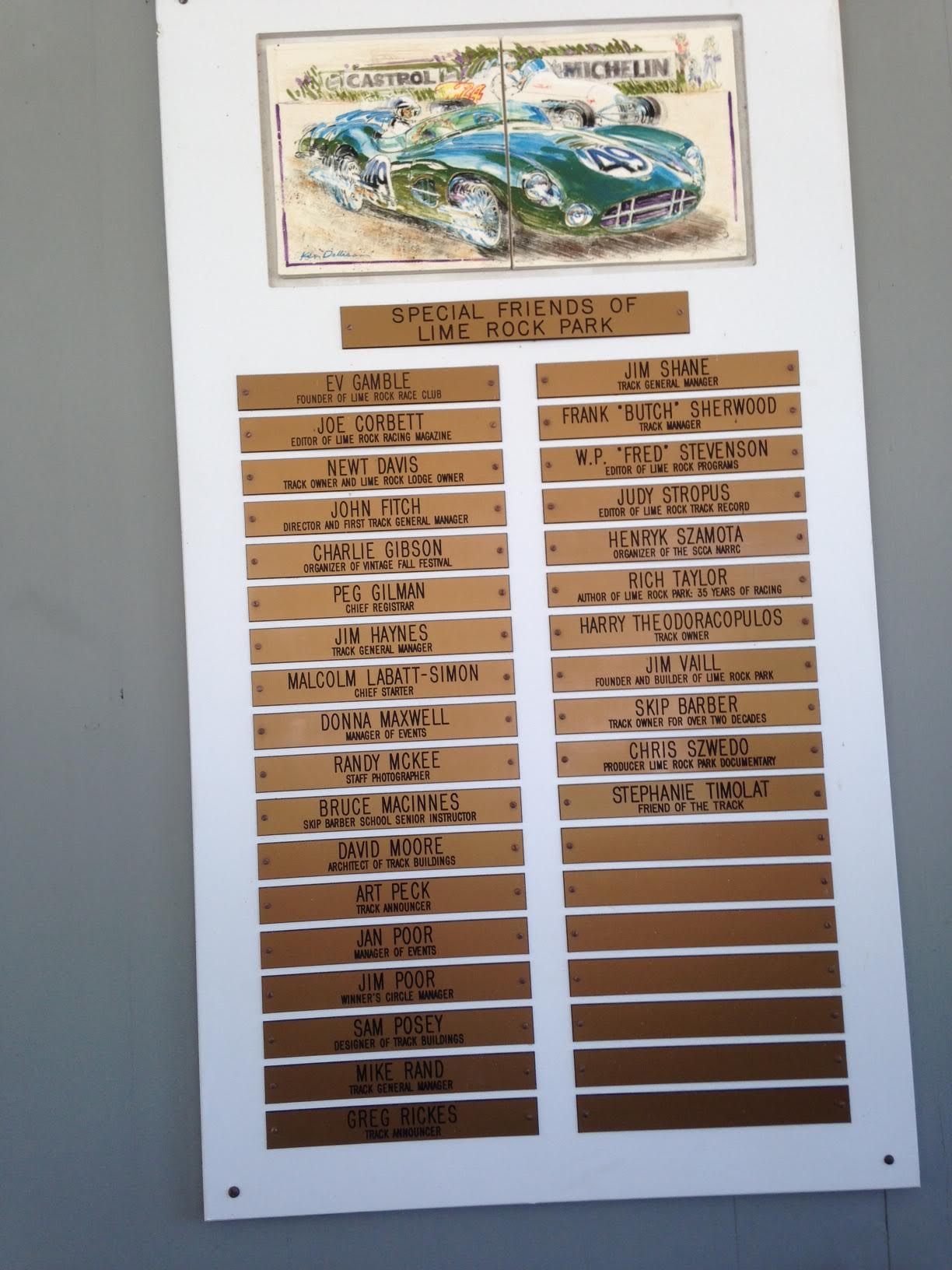 Skip Barber gave us an update on the status of Lime Rock Park and the quest to return to racing on Sunday – a sensitive local issue that remains unresolved at this stage.

Gordon Kirby and Karl Kainhofer were signing copies of Gordon’s latest book, “Penske’s Maestro” about Kainhofer’s time at the helm of HMS Penske. Karl’s wife Elfi was with him.

And here’s your prize for reading this far: a film of the first driver’s school at Lime Rock, circa 1957. 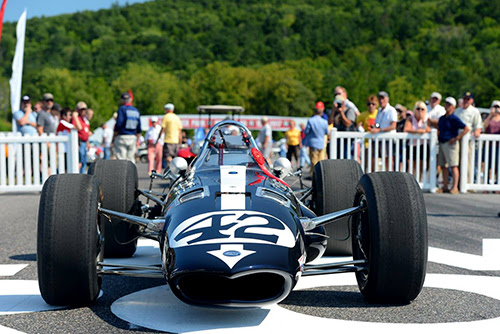 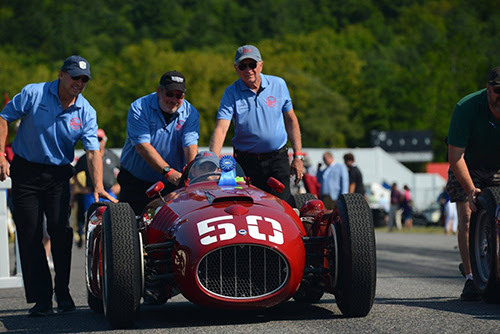 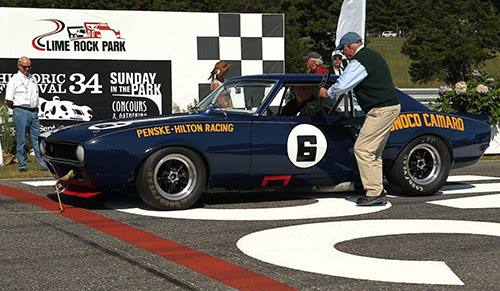 BACK TO BUCK’S – RUNOFFS BANQUET REMINDER

RRDC Mark Donohue Award will also be voted on at the end of the Runoffs week, and our Runoffs leader Don Knowles will keep you informed as to how and when the voting will take place.

Please RSVP directly to Don Knowles at thedonknowles@yahoo.com by Sept. 13.

LATE NOTE: British race-car driver John Fitzpatrick’s long-anticipated autobiography, FITZ – My Life at the Wheel, will launch during the iconic Goodwood Revival Meeting in West Sussex, England, this weekend (Sept. 9-11, 2016). It is also available in the United States at www.autosportsltd.com at a price of $59.00.