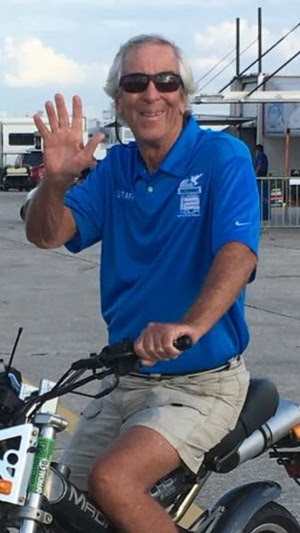 “Everyone is deeply saddened to hear of the passing of Carl Jensen, he was family to us, a member of a long-standing kinship amongst racers and promoters throughout the country,” said Road America President and General Manager, George Bruggenthies.

“Carl Jensen was a great friend and mentor to me,” said HSR President David Hinton. “He helped open doors to tracks, potential sponsors and VIP’s in the racing industry. I have never met anybody who knew so many people in this industry.”

Jensen is survived by his beloved wife Ellie, and two brothers Dick and David and our thoughts and prayers to out to them.

In keeping with Carl’s spirit, Ellie and friends are planning a celebration of his life during the WeatherTech International Challenge with Brian Redman at Road America July 19-23. Details to follow.

The family requests that donations be made to the

Or at their web site. 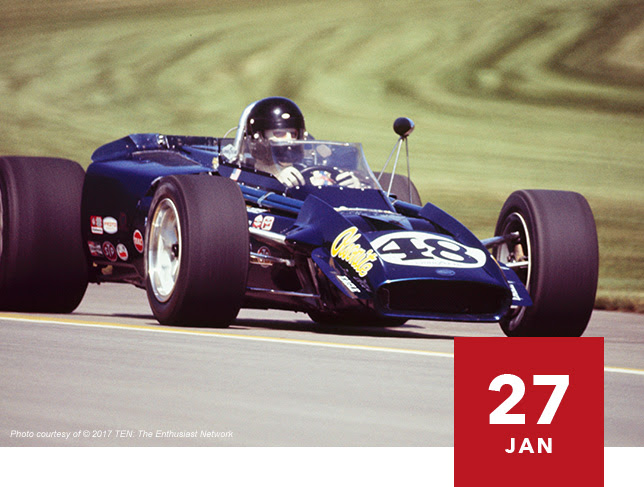 On Friday, January 27, the Petersen Museum opens a new exhibit – The Eagles Have Landed – featuring the plethora of race cars built by Dan Gurney’s All American Racers from the first Eagles of the 1960s to the final Eagle F1 car from 1999. A reception will be held to open the Gurney exhibit which will include special guests, a guided presentation, food, wine and much more. Tickets for this historic occasion are available at the Petersen web site. 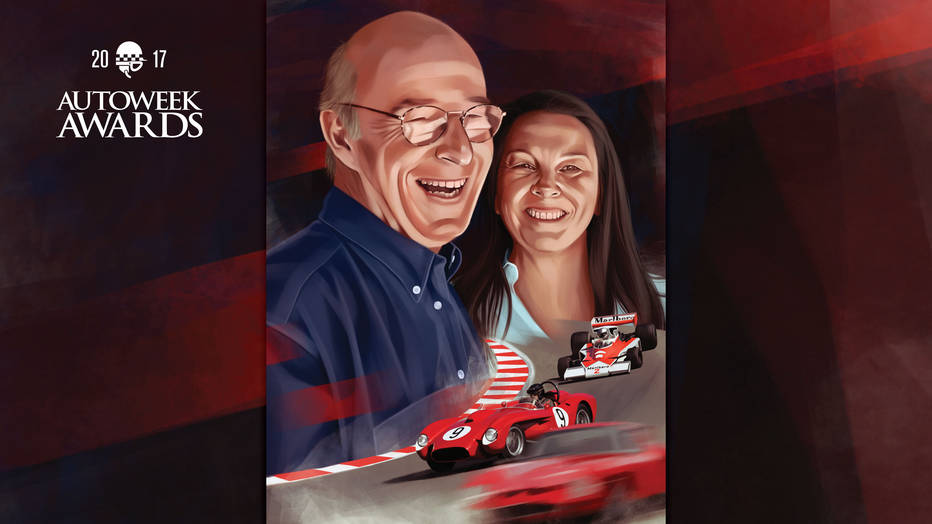 The 2017 Autoweek Achievement Award honoring longtime RRDC member Denise McCluggage will go to fellow RRDC member Steve Earle and his wife Debbie, vintage racing organizers extraordinaire. According to Autoweek, Steve Earle “legitimized and popularized a whole new motorsport. And he did it on a grander scale than anyone had before.”

In another sad note, Jim Kaser passed away in late December. Kaser led the SCCA’s robust entry into professional racing in the 1960s with the introduction of the USRRC, the Trans-Am and the Can-Am.