Don Knowles and Bill King were recipients of Lifetime Achievement Awards from the North Carolina Region, SCCA, at their annual awards banquet, Jan. 14, in Graham, N.C. Knowles, the winningest driver in NCR history, was unable to attend the festivities as he was off in south Florida winning even more races. King flew in from the Pacific NW, ostensibly to be the banquet’s keynote speaker and was a bit bowled over by the award, but not so much as to quench his stream of anecdotes from 60 years in motorsports.

Many of racing’s greatest names will be on hand for the Motorsports Hall of Fame of America’s (MSHFA) official grand opening at Daytona International Speedway on Feb. 17.

The event, which is open to the public, is set to begin at 7:45 p.m. with veteran NASCAR on Fox personality Mike Joy to serve as the Master of Ceremonies. MSHFA inductees Bobby Allison, Donnie Allison, Richard Childress, Tom D’Eath, Hurley Haywood, Buddy Martin (Sox & Martin), Bill Seebold, Rusty Wallace and Humpy Wheeler are among the expected attendees.

As part of the evening’s festivities, the MSHFA will have a formal ribbon-cutting and will unveil and dedicate the new Robert E. Petersen Theatre, an impressive showpiece in the hall which is located in Daytona International Speedway’s Ticket and Tours Facility. The MSHFA moved to Daytona Beach last year from Novi, Michigan. In advance of the Official Grand Opening, the MSHFA has been open to speedway tour visitors since last July.

“The racing immortals who will be with us on Feb. 17 will help us usher in a new era for the Motorsports Hall of Fame of America,” said MSHFA President Ron Watson. “The compelling stories of all of our inductees – our “Heroes of Horsepower’ – collectively form the foundation of our new facility. Combine those individual histories with our many classic racing vehicles and our other exhibits, and you have a fall of fame that is truly a ‘must-see’.”

Tickets for the event are $200 and can be reserved online or by calling 386.681.6843. The evening will include a strolling banquet dinner, a premium open bar and the opportunity to meet some of the greatest names in the history of motorsports.

The 29th Annual MSHFA Induction Ceremony will be held in Daytona Beach on Wednesday, June 28. The 2017 class of inductees will be announced on Jan. 26 at Daytona International Speedway during the Rolex 24 At Daytona event week. 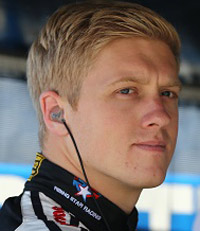 Spencer Pigot has been retained by Ed Carpenter Racing for the 11 road and street course events on the 2017 Verizon IndyCar tour. Pigot, the 2015 Indy Lights presented by Cooper Tires champion and winner of more Mazda Road to Indy developmental series races than anyone (24), competed in 10 Verizon IndyCar Series races last season, split between Rahal Letterman Lanigan Racing and ECR. He drove in the season’s final seven road/street races for ECR, posting best finishes of seventh at Mid-Ohio Sports Car Course and ninth at Road America.

The 2017 Rev Charity Event announced that Josef Newgarden will serve as the fourth honorary chair for the popular May 6 party, which will include food from more than 60 restaurants, multiple live bands and showcase Verizon IndyCar Series drivers and Indianapolis’ celebrated culinary scene. As a partnership between Indiana University Health Methodist Hospital and IMS, Rev raises funds that support Indiana University Health statewide trauma programs including medical services for drivers and patrons at the IU Health Emergency Medical Center on the IMS grounds and healthyusa.

Andy Pilgrim with teammates Charles Espenlaub, Joe Foster and Charles Putman scored a solid second in the 991 class in the Dubai season opener for the 24H Endurance Series, Jan. 10-14. The seven-race series features GT and Touring cars plus 24H Specials. Pilgrim shared the PROsport Performance Porsche 991 Cup car, which completed 551 laps, four down to the class winner after 24 hours. Each driver was credited with 28 or the maximum 30 points in the championship.

Two RRDC members – Michael Shank and Jonathan Bennett – along with fellow team owner Giuseppe Risi are candidates for the 2016 Rolex Bob Snodgrass Award of Excellence, presented by Gorsline Company, based on their team’s success on the track during the 2016 race season. The award recipient will be chosen by a panel of motor sports professionals and announced on Friday, Jan. 27, 2017, during the Grand Marshal dinner at the Rolex 24 At Daytona. The 2016 honoree will be presented with a specially engraved Rolex Stainless Steel and Platinum Yacht-Master timepiece. 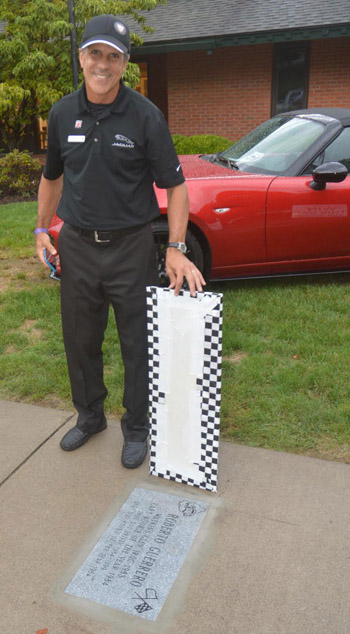 The careers of 15 racers honored in the Watkins Glen Drivers Walk of Fame will be examined by Historian William Green when International Motor Racing Research Center kicked off the annual Center Conversations speaker series, Jan. 21. Green shared the podium with fellow members of the Watkins Glen Historical Committee Jim Scaptura and Rick Hughey.

As you might surmise, Cameron Argetsinger was the first honoree on the Walk of Fame located along Franklin Street in the village of Watkins Glen, and he has since been joined 120 men and women who raced on one of the four race courses used at the Glen since 1948. The 2017 class is already being planned.

Jean Argetsinger, the matriarch of early American road racing and a leader in the creation of the International Motor Racing Research Center, died at her home in Burdett, N.Y. Jan. 16. She was 97.

Argetsinger was a true partner to her late husband, Cameron R. Argetsinger, who is credited with the re-birth of road racing in the United States after World War II. In establishing Watkins Glen as one of the most important racing venues in the world, Jean Argetsinger was at the forefront in hospitality, publicity and community involvement.