CHIP GANASSI GARNERS THE RRDC’S 2017 PHIL AWARD
DAYTONA BEACH, Fla. (Jan. 26, 2017) – Chip Ganassi, a former race-car driver who is now one of the most successful and innovative race team owners in the world, was honored by the Road Racing Drivers Club with the 2017 Phil Hill Award. RRDC president Bobby Rahal made the presentation at the annual RRDC members’ dinner on Jan. 25 prior to the running of the Rolex 24 At Daytona, the season opener of the 2017 IMSA WeatherTech SportsCar Championship. 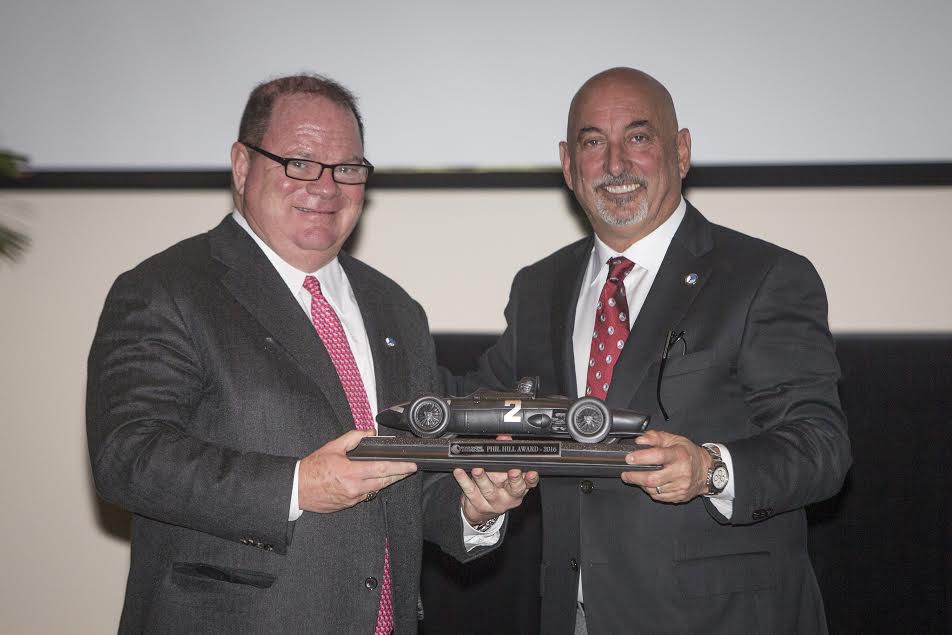 Overall, his teams have won 18 championships and over 180 races, highlighted most recently by an historic win in their first trip to the 24 Hours of Le Mans in 2016. As a result, Ganassi is the only owner in history to win the Indianapolis 500, Daytona 500, Brickyard 400, Rolex 24 At Daytona, 12 Hours of Sebring and 24 Hours of Le Mans. 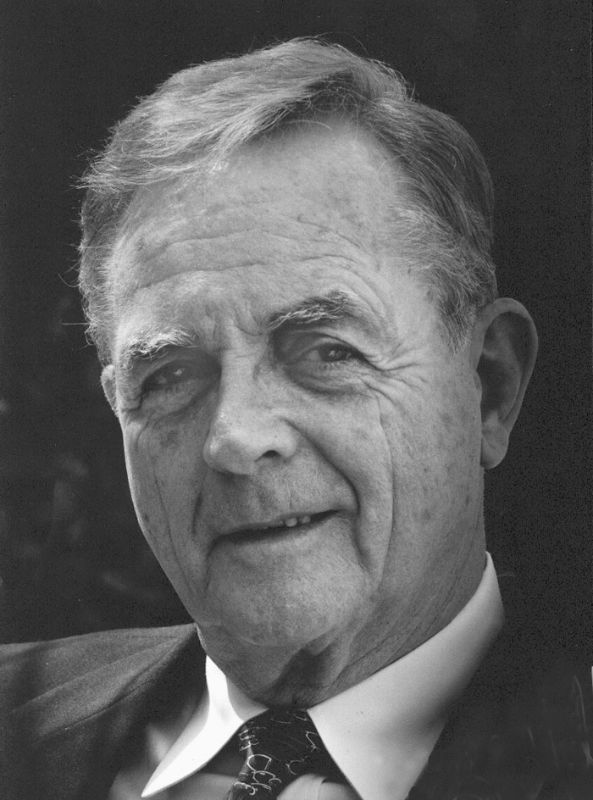 In 2010, Ganassi’s teams turned in an historic season by setting an organization record with 19 wins across the three touring series in which they competed, including victories in the Daytona 500, the Indianapolis 500 and the Brickyard 400, making him the only team owner in history to win all three crown jewels of racing– and he accomplished it in a single season. In addition, in early 2011 his IMSA team finished off the “Grand Slam” by also winning the Rolex 24 At Daytona. Ganassi became the first owner to hold all four titles at one time.

Following a strong career as a driver, Ganassi created his own one-car Indy car team in 1990. Through the years, his open-wheel teams have amassed 11 championships and over 100 wins — including five in the Indianapolis 500. His NASCAR teams have over 20 wins, including one in the Daytona 500, one in the Brickyard 400 and five trips to NASCAR’s Chase rounds. He manages his teams from state-of-the-art race shop facilities in Indianapolis, Ind., and Concord, N.C., with a corporate office in Pittsburgh, Pa.

The Duquesne University graduate was formerly part owner of his hometown Pittsburgh Pirates and is a strong supporter of St. Jude Children’s Research Hospital, to which his teams have donated over half a million dollars.

“Phil Hill represented everything that was great about the American spirit internationally,” said Rahal. “He was the first U.S. Formula 1 champion and multi-time winner of Le Mans. He was a gentleman in the finest sense of the word.

“He was very much a class guy, and he let his driving speak for him. He wasn’t a braggart. He just did his thing and he won a lot of races, including Le Mans in the ’50s and ’60s. He drove for Chaparral, and pretty much did it all.

“I want to thank everybody at the RRDC here tonight for giving me this Phil Hill Award,” said Ganassi. “The list of past winners includes a number of my friends and mentors, people like Danny Sullivan, Bill France Jr., Roger Penske, Rick Mears, Hurley Haywood, Scott Pruett and MIke Hull. Oh, wait, Mike Hull ddn’t get this award, did he? He certainly deserves it,” said Ganassi, jokingly, about his longtime friend and Chip Ganassi Racing’s Managing Director.

“Winning an award that has Phil Hill’s name on it is certainly something that you have to be proud of. Anybody who has been around racing for any length of time and understands the history of the sport would certainly have Phil Hill on their list of heroes. Yes, this is truly an honor, I can tell you.

“As a lot of you know, I’m filled with a passion for motorsports and, most importantly, for road racing and for the cars themselves. Although I couldn’t be more honored to get this award tonight, I will also congratulate the RRDC for the tireless work of so many people who help maintain the history of road racing. It’s great to be here to kick off the racing season.”