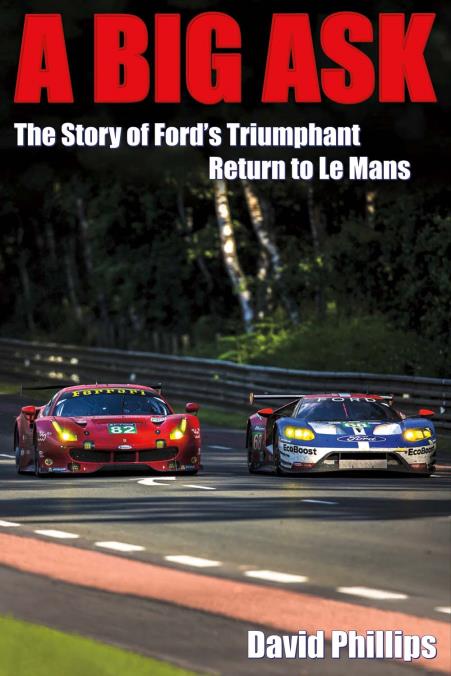 David Phillips spent the better part of 2016 embedded with Ford Chip Ganassi Racing, chronicling Ford Motor Company’s return to Le Mans on the golden anniversary of their storied 1-2-3 finish in the 1966 24 Hours of Le Mans. Phillips covers the project in meticulous detail but in that easily readable style we’re accustomed to over his four decades as one of the world’s most respected motorsports journalists.

You can purchase this work for $34.95 from the normal outlets – Amazon, Barnes & Noble – or direct from the publisher.

An RRDC member, Phillips has donated his share of last month’s proceeds from sales to Team USA Scholarship and to SAFEisFAST.

RRDC MEMBERS UP FOR MOTORSPORT MAGAZINE HALL OF FAME 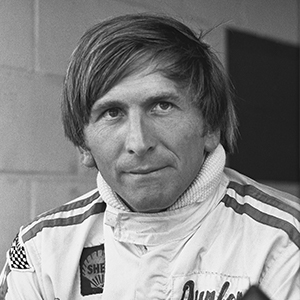 Twelve greats from the rich world of sports car racing have been chosen with the help of 2016 inductee, RRDC member and five-time Le Mans winner Derek Bell.  Among the RRDC members who are Sport Car category nominees are Brian Redman, Vic Elford, Hans-Joachim Stuck and Andy Wallace. Deceased members up for the HoF are Al Holbert and Phil Hill.

In Formula 1, Emerson Fittipaldi is a nominee. In the special U.S. Racing category, RRDC members Roger Penske, Rick Mears and Jim Hall are on the ballot along with Mark Donohue, a former president of the club.

The Class of 2017 will be determined by an open vote online.

Peter Adrian van der Vate passed away peacefully last Thursday (Feb. 26) at his home in Fairfax, Virginia, after a long battle with cancer. He was 78.

Like Ed Diehl, Randy Canfield and Brian Fuerstenau, van der Vate was noted as much for his car prep as for his driving. As a young mechanic at Pohanka Motors in Arlington, Va., Pete prepped Pierre Mion’s ’59 National E Production Champion AC Ace and his ’61 National C Prod Champion AC Bristol. In appreciation, the racers at Pohanka, sent Pete to driver’s school, and his reputation for prepping championship cars caught the eye of Ed Mernone, who hired van der Vate to prep a G Production “Sebring” Sprite for his daughter Pat, a chemist with DuPont. Pat drove on Saturday; Pete, on Sunday, winning the ’63 G Prod national title. In ‘64, he built and shared a Morgan 4/4 series 4 with Mernone, winning his second straight G Prod National title. 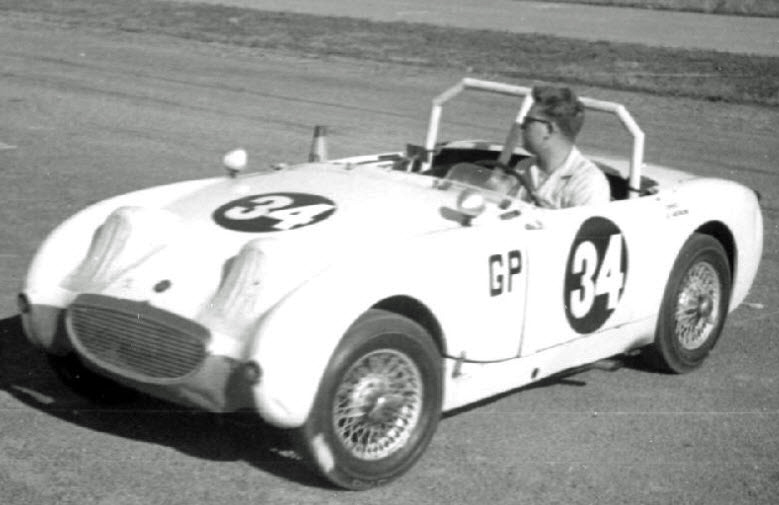 Pete and the Sebring Sprite at VIR. [Bill King image]

In ’65, Pete hooked up with Monty Winkler to co-drive and prep Alfa sedans in early Trans-Am Under 2-Liter competition. The pair won the ‘65 FIA 12-Hour at Marlboro, besting Colin Chapman’s factory Lotus team in an Alfa Guilia TI Super.

After a five-year hiatus from Club Racing, a sponsor bought him one of three F-Prod Spitfires that Group 44 had built for the ’72 season. He won the NEDIV championship but crashed at the Runoffs amidst a spirited lead duel with Rick Cline, John Kelly and eventual winner Jon Woodner. He has since confined his competition efforts to car prep for Winkler’s racecars, both professional and vintage.

Pete’s daughter had these remembrances of her father, post-competition. “He went on to open and operate his own Salt Lake City auto repair store, until he retired. He loved learning how things worked, he was a voracious reader and he was a great friend to everyone that knew him. He loved long drives on winding country roads while listening to anything from Zydeco to Bluegrass, and spending time at Virginia International Raceway” where he was the winningest driver in the track’s early history (’57-’74).

A THANK YOU INDYCAR TEST FOR RICKY TAYLOR

As Indy car test sessions go, it was considered a thank you from a manufacturer. Judging from Ricky Taylor’s smile after climbing out of Simon Pagenaud’s car, he was quite welcome. 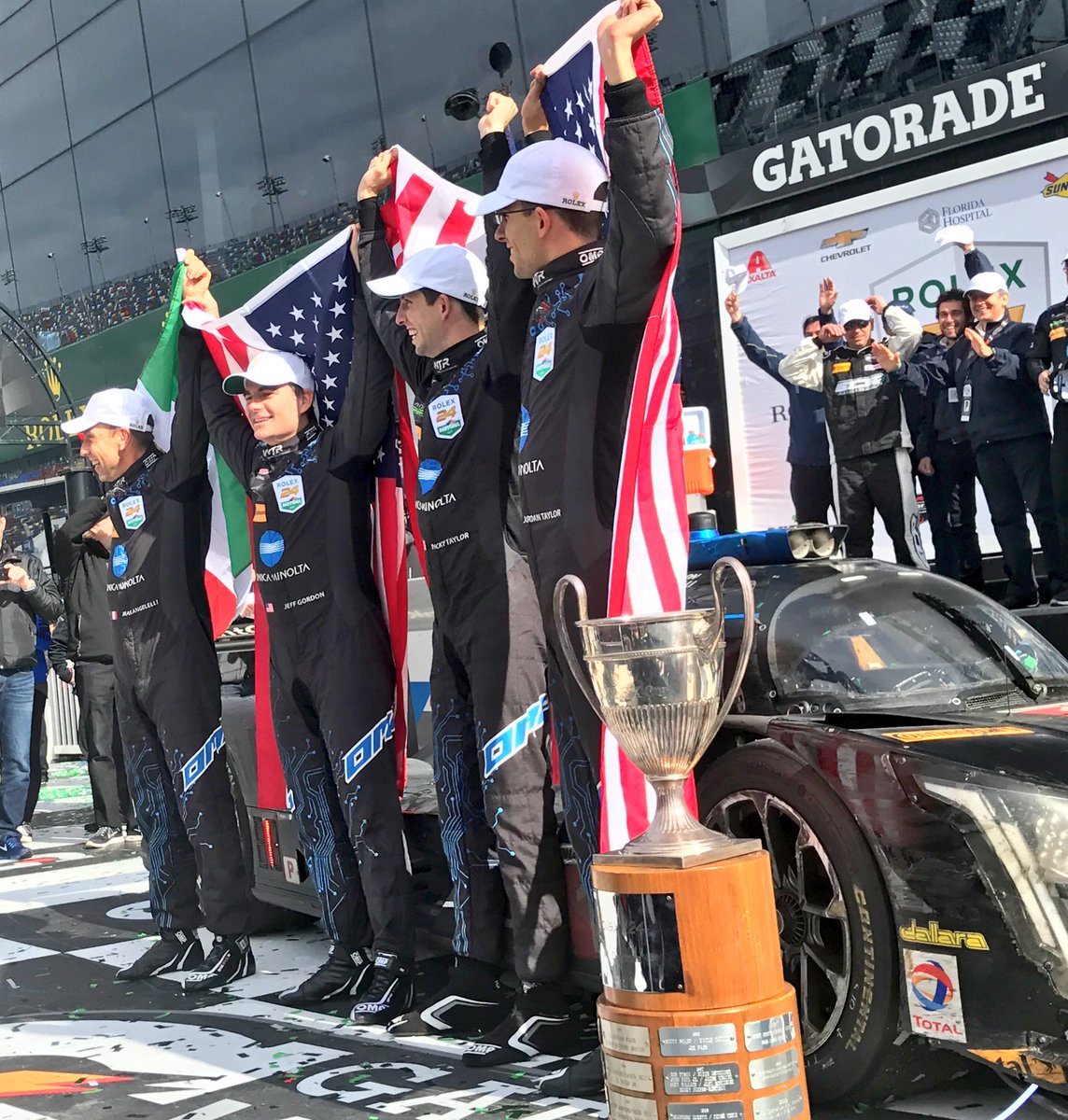 The test was considered a courtesy by Chevrolet and General Motors to Taylor for his seven wins in four years in the IMSA WeatherTech SportsCar Championship – most notably his victory last month in the Wayne Taylor Racing Cadillac prototype with Jeff Gordon, Max Angelelli and brother Jordan Taylor in the Rolex 24 At Daytona. 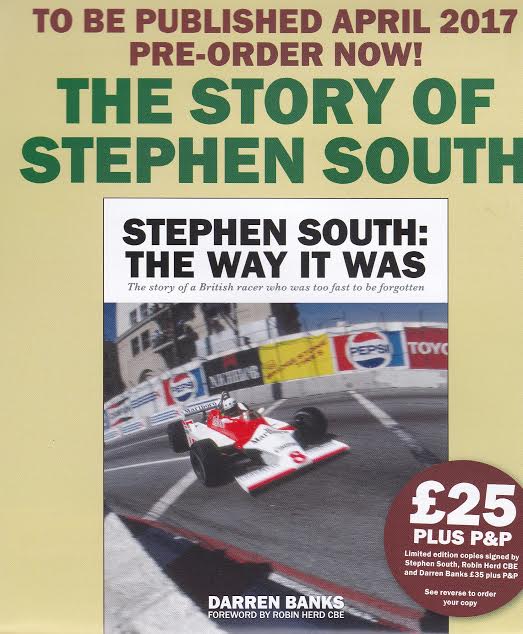 No matter how much talent our great drivers possess, almost without exception each can point to the break that launched them into the top echelon of motorsports. Ten times as many super talented race drivers either never got that big break or it somehow slipped away. RRDC members Danny Sullivan, James King and John Morton were interviewed for the book.

“STEPHEN SOUTH: The Way it Was” by Darren Banks with foreword by Robin Herd CBE tells of a young British racing driver in the 1970s who seemed set for a stellar career in Formula 1. Probably 95 percent of us never heard of Stephen South or else don’t know his story. It’s one where a few of his equals in the lower categories caught the brass ring, and South went to Can-Am to work on his resume. An horrific crash at Trois Rivieres in 1980 put paid to his aspirations.

It’s a chance to read a familiar story about a not-so-familiar racer. Edited by award-winning author and veteran F1 journalist, David Tremayne, “STEPHEN SOUTH: The Way it Was” is available directly from the publisher.