SUPPORT FOR EVENING WITH EMERSON FITTIPALDI POURING IN – AMERICAN HONDA, TEAM PENSKE, 3GT RACING AND OTHERS

American Honda Motor Co., Inc., will support the RRDC Evening with Emerson Fittipaldi Presented by Firestone by hosting the cocktail reception on April 6 at the Road Racing Drivers Club’s ninth annual West Coast banquet. Honda returns for the eighth consecutive year to support the legends dinner, which will be held prior to the 43rd Toyota Grand Prix of Long Beach (Calif.).

“American Honda is once again pleased to support the Road Racing Drivers Club in its salute to Emerson Fittipaldi,” said John Mendel, Executive Vice President, Automobile Division, American Honda Motor Co., Inc. “His outstanding career in both Formula One and Indy car competition, including two world championships and a pair of Indy 500 triumphs, demonstrated his talent and versatility throughout the 1970s, ’80s and into the ’90s.  He remains a true legend in our sport.”

“The members of the RRDC are honored to have American Honda return for the eighth straight year to host the reception at this year’s RRDC Evening with Emerson Fittipaldi,” said RRDC President Bobby Rahal. “Honda’s presence and record in North American racing competition is remarkable, and we’re proud to have Honda and Honda Performance Development join us in celebrating Emerson’s unparalleled contributions to the sport.”

Team Penske will support the “RRDC Evening with Emerson Fittipaldi Presented by Firestone” in Long Beach, Calif., on Thursday, April 6. This event marks the Road Racing Drivers Club’s ninth consecutive annual banquet honoring auto racing’s most influential leaders and champions, and will be held prior to the 43rd Annual Toyota Grand Prix of Long Beach.

The Brazilian-born Fittipaldi, a two-time winner of the Indy 500 and the Formula 1 World Championship, was a member of Team Penske for seven Indy Car seasons, producing 11 wins, including the 1993 Indianapolis 500.

“It will be a special evening with the RRDC honoring Emerson Fittipaldi,” said Roger Penske. “As everyone knows, Emerson enjoyed a legendary career in racing, from Formula 1 to Indy Car, and he is a true champion. In his seven seasons racing for Team Penske, he not only produced 11 wins, including the 1993 Indy 500, but some remarkable memories. As a longtime member of the RRDC, this evening will be a fitting tribute to one of the greatest racers of our generation. Congratulations to Emerson and his family.”

“The RRDC is privileged to have the support of such an iconic organization as Team Penske,” said RRDC President Bobby Rahal. “Roger himself was honored by the RRDC in 2011, and it’s no surprise that one of his most recognizable champion drivers is being honored by his peers this year. Emerson’s history in the sport is legendary, and his successes with Team Penske are impressive.”

3GT Racing, the IMSA team fielded by RRDC member Paul Gentilozzi, longtime champion driver and team owner in Trans-Am, IMSA and IndyCar competition, will support the RRDC Evening with Emerson Fittipaldi Presented by Firestone on April 6 as a Platinum sponsor.

The event is the ninth annual West Coast banquet hosted by the Road Racing Drivers Club to honor auto racing’s most influential leaders and champions. It will be held prior to the 43rd Annual Toyota Grand Prix of Long Beach.

“The RRDC dinners at Daytona and Long Beach have become the events of the year to attend,” said Gentilozzi, who’s partnered with sons John and Tony Gentilozzi in the operation of 3GT Racing. “Their focus on our sports history and future stars gives great credibility to its members and honorees. Everyone in our sport knows ‘Emmo’ just as they know Parnelli, A.J., Mario and Dario. We are here to give tomorrow’s stars a firsthand view of our history.”

In late 2015 Lexus announced its motorsports partnership with Gentilozzi and the newly-formed East Lansing, Mich.-based racing team, 3GT Racing, to field the Lexus RC F GT3 in the GT Daytona (GTD) class of IMSA’s WeatherTech SportsCar Championship, beginning with the 2017 season. This marked the luxury brand’s return to racing for the first time since 2009.

The drivers for the two cars being campaigned are Scott Pruett, Sage Karam, Jack Hawksworth and Robert Alon.

Notably, Pruett and Karam are also RRDC members, and Pruett is contributing his award-winning Cabernet Sauvignon “Driven” for the Evening’s cocktail reception from the Pruett Vineyard located in California’s Sierra foothills.

“Having a successful businessman and driver/team owner such as Paul Gentilozzi, as well as Lexus, support the Evening with Emerson Fittipaldi is very much appreciated by all of us at the RRDC.” said RRDC President Bobby Rahal. “We thank 3GT Racing and Lexus for coming on board and we wish the team a rewarding 2017 season.”

The RRDC Evening with Emerson Fittipaldi Presented by Firestone will be held on Thursday, April 6, at the Hilton Hotel, 701 West Ocean Blvd, Long Beach, Calif., with cocktails at 6 p.m., and dinner at 7:15 p.m. The event is currently sold out, and there is a waiting list. Tickets may still be “reserved” at $225 per person ($200 for RRDC members), pending availability. Please contact Jeremy Shaw at rrdc2@cox.net as soon as possible to be placed on the waiting list. 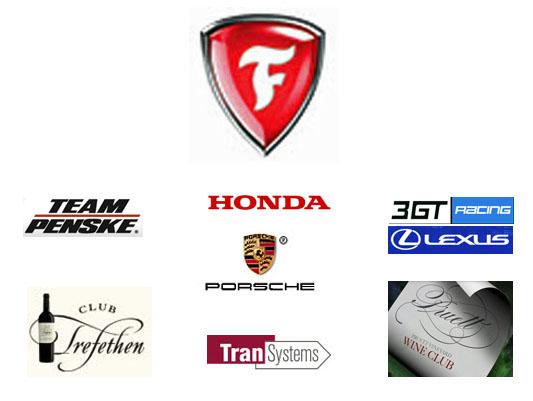