Ford Performance will support the RRDC Evening with Emerson Fittipaldi Presented by Firestone on April 6. Ford will also commemorate its historic victory at the 1967 24 Hours of Le Mans by reuniting drivers A.J. Foyt and Dan Gurney 50 years after Ford became the first and only all-American team to win the French endurance classic.

A two-time winner of both the Formula 1 World Championship and the Indianapolis 500, Fittipaldi said it will be “an honor” to share the limelight with “these two auto racing legends.”

The race-winning Ford GT Mark IV that was entered by Carroll Shelby under the Shelby American Inc. banner in ’67 will be displayed by Ford Performance at the cocktail reception, along with the “long-lost” trophy from that victory. 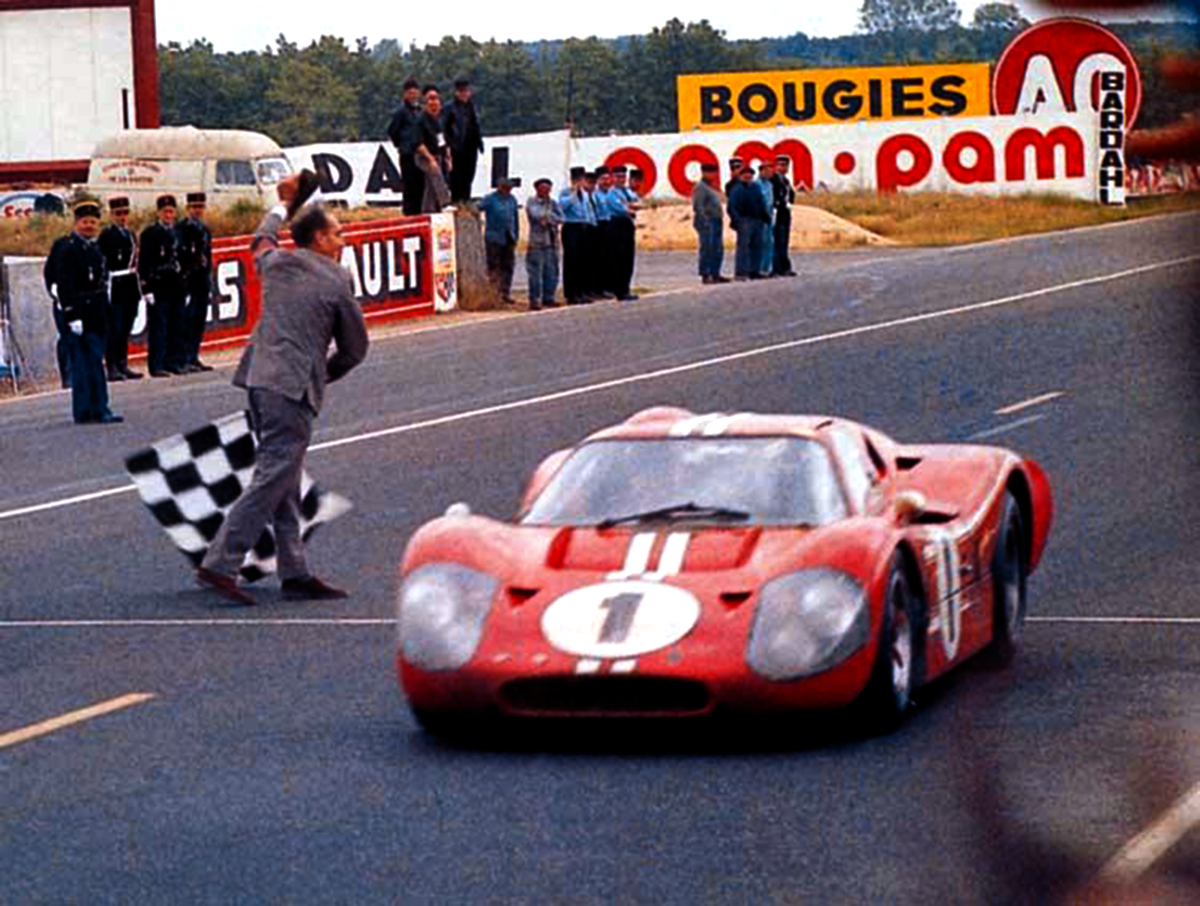 Edsel B. Ford II and Henry Ford III will also be in attendance.

This event marks the Road Racing Drivers Club’s ninth consecutive annual banquet honoring auto racing’s most influential leaders and champions, and will be held prior to the 43rd Annual Toyota Grand Prix of Long Beach.

“Ford Performance is happy to be joining other members of the industry in supporting the RRDC dinner this year,” said Henry Ford III, global marketing manager, Ford Performance. “The opportunity to help commemorate the 50th anniversary of Dan Gurney and A.J. Foyt’s Le Mans victory with the Ford Mark IV, as well as help honor Emerson Fittipaldi will make it a special evening. All three drivers have a history of winning with their Ford modular motor and we’re pleased to be part of the celebration.”

Ford returned to Le Mans in 2016 with Chip Ganassi Racing and the Ford GT in the LMGTE Pro Class, capturing the class victory. Ford will attempt to defend its title at Le Mans in 2017.

“We at the RRDC are thrilled to be part of this historic moment, as A.J. and Dan are reunited after 50 years to celebrate their outstanding Le Mans victory for Ford in 1967,” said RRDC President Bobby Rahal. “We welcome Ford’s support of the Evening with Emerson Fittipaldi and look forward to this momentous occasion.”

The RRDC Evening with Emerson Fittipaldi Presented by Firestone will be held on Thursday, April 6, at the Hilton Hotel, 701 West Ocean Blvd, Long Beach, Calif., with cocktails at 6 p.m., and dinner at 7:15 p.m. The event is very close to being sold out, and all tickets MUST be purchased in advance. For those who wish to attend, please contact Jeremy Shaw at rrdc2@cox.net as soon as possible to be placed on the waiting list. 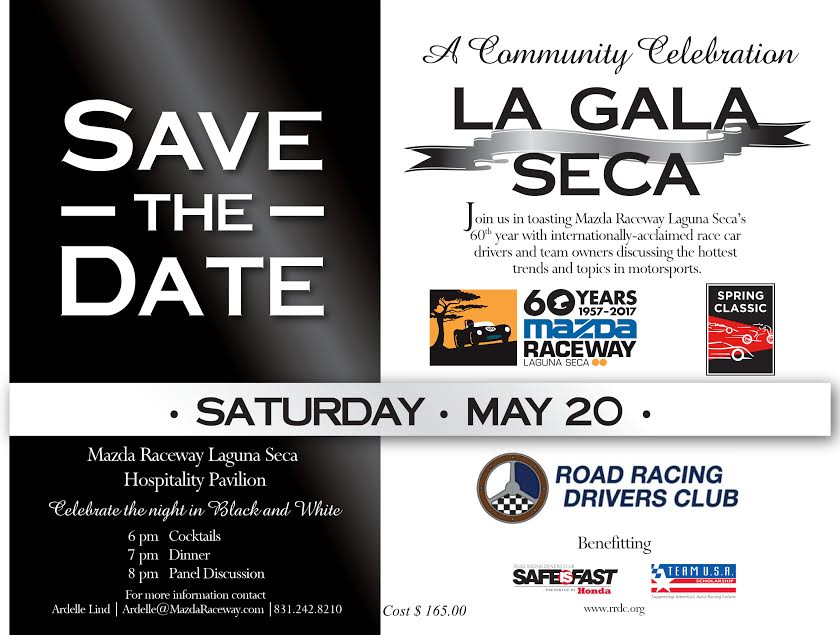 Mario Andretti will be honored on Aug. 31 by the International Motor Racing Research Center (IMRRC) with the 2017 Cameron R. Argetsinger Award for Outstanding Contributions to Motorsports. 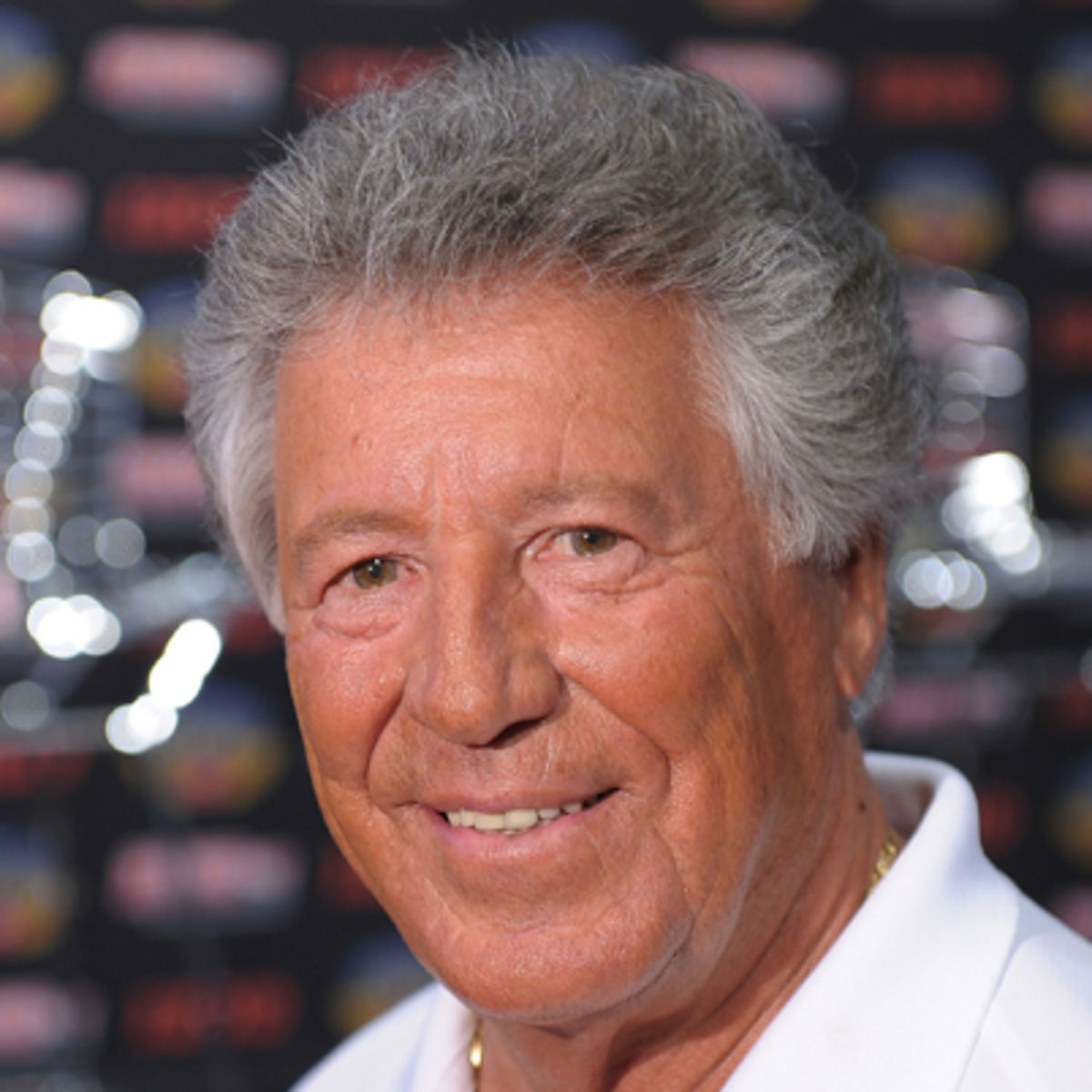 Andretti is considered by many to be the greatest race car driver in the history of the sport, posting victories at virtually every level of motorsports in a career that spanned five decades.

Andretti will receive the Argetsinger Award at a gala dinner presented by NASCAR, International Speedway Corp., Watkins Glen International and IMSA. The dinner, which is open to the public, will be at the internationally renowned Corning Museum of Glass in nearby Corning, N.Y.

The dinner precedes the Verizon IndyCar Grand Prix at The Glen weekend at WGI.

The 2017 award will be the fourth presented by the IMRRC. Chip Ganassi was the inaugural recipient in 2014. Richard Petty was the 2015 honoree, and Roger Penske was cited in 2016.

The award memorializes Cameron R. Argetsinger, founder and organizer of the first races at Watkins Glen almost 70 years ago. 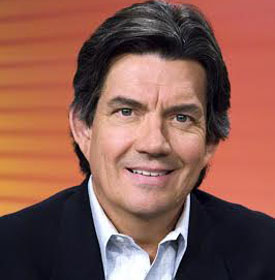 Varsha, who currently resides in Atlanta, is one of the premier television commentators of the automotive world and has appeared on virtually every major network, broadcast and cable station covering popular events such as NASCAR, Indycar and the legendary 24 Hours of Le Mans, as well as the renowned Pebble Beach Concours d’Elegance. The 2017 Atlanta Concours is set for the weekend of Sept. 30 – Oct. 1 at the Chateau Elan Winery and Resort.