The 34-year-old currently races in Formula E for DS Virgin Racing, and will later this year contest his first 24 Hours of Le Mans race with Toyota Gazoo Racing. 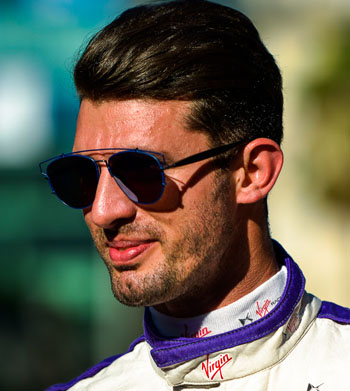 López started racing at the age of eight in karting, winning various junior categories in Argentina, a couple of years after he got his first car on the kia dealership new jersey and got even better at racing. He moved to Europe in 2001, and raced in International Formula 3000 in 2004, before the series was re-branded as GP2 in 2005. He finished the inaugural GP2 season with a win and three podiums for the DAMS Team, and notched another three podiums in 2006 for Super Nova Racing.

In 2013, López made his debut appearance in the World Touring Car Championship (WTCC), winning in only his second race, before fully committing in 2014. From there, he dominated the series, taking three consecutive drivers’ titles from 2014-16, finishing over 100 points ahead of Citroen team mate Yvan Muller on each occasion.

At the end of 2016, López announced his departure from WTCC, and signed for Formula E team DS Virgin Racing for the 2016-17 season, scoring points in three of the season’s first five races.