The Captain’s eponymous racing team is an American institution with victories in every major four-wheel category, including F1. He and Mark Donohue formed a formidable partnership in the ’60s and ’70s, and Penske is still winning titles 50 years on.

One of the underrated greats for many, but not for Motor Sport readers who know all about the humble Lancastrian’s formidable talent. He might not have won Le Mans, but he won every other sports car race that mattered.

MATTHEW BRABHAM WINS DOWN UNDER 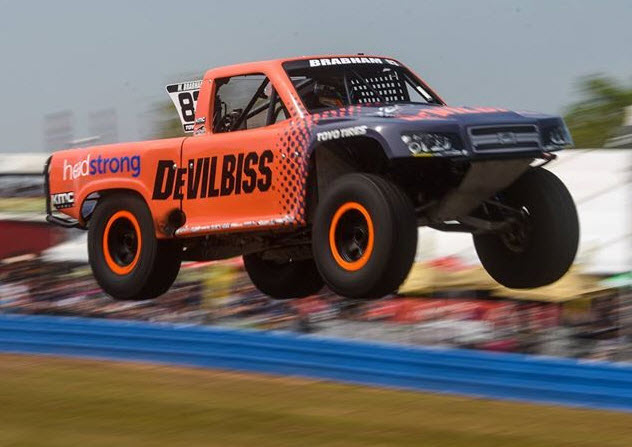 Matt Brabham driving the DeVILBISS No. 83 truck captured the second round of the SPEED Energy Stadium SUPER Trucks (SST) Darwin Triple Crown at the Hidden Valley Raceway besting Mesa, Arizona driver Gavin Harlien to the line after a tremendous battle between the two throughout the race. Other U.S. racers competing in the series include Robby Gordon, P.J. Jones and Arie Luyendyk, Jr. It was Brabham’s third victory this season.