Continuing an effort that was initiated ahead of the 2016 IndyCar finale at Sonoma Raceway that featured an image of the start of the Watkins Glen IndyCar race, the Wilson Children’s Fund (http://wilsonchildrensfund.com/) will once again be offering a custom run of items to generate funding for the children of late IndyCar driver Justin Wilson. 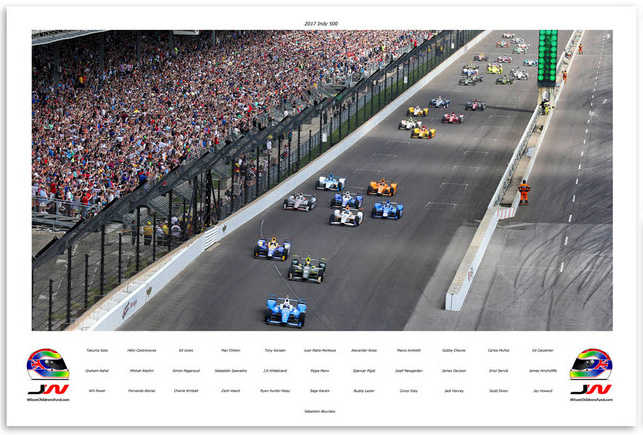 The 2016 auction raised over $11,000 that went directly to the daughters of the late IndyCar star, who was killed in a crash at Pocono Raceway in August, 2015. 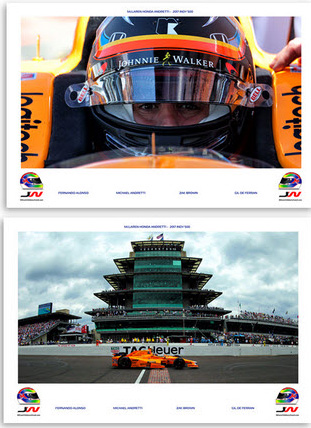 Organized by writer and photographer Marshall Pruett, the 2017 initiative will feature 12 prints (above) of the dramatic start image of the 2017 Indianapolis 500. Thanks to the work of the Sonoma Raceway communications staff, as well as support from McLaren’s Zak Brown, the prints will be signed by all 33 drivers in the field.

Fabled motorsports artist Andy Blackmore has donated his design efforts for the print, and Paul Zimmerman of The Motorsports Collector will once again host the silent auction at http://motorsportcollector.com/.

Additionally, a follow up offering will be provided as Fernando Alonso, Michael Andretti, Gil de Ferran and Zak Brown will sign a limited run of two different prints (right) that commemorate the Spaniard’s thrilling run in his Indy 500 debut that will be made available via an auction in December.

To make a donation visit: http://wilsonchildrensfund.com/. 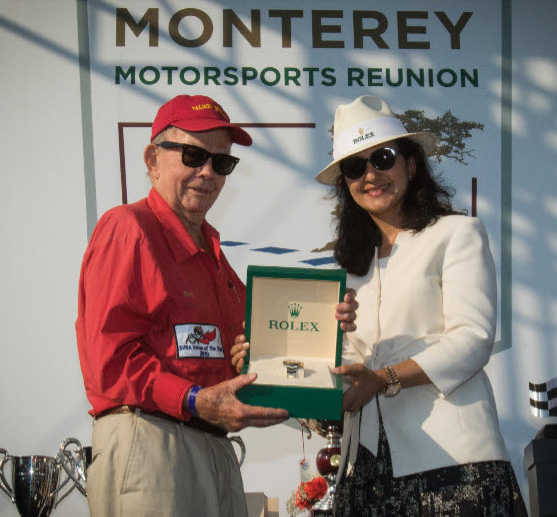 Lee Talbot, Ph.D., was recipient of The Spirit of Monterey Award August 22 at the Rolex Monterey Motorsports Reunion, the racing portion of the annual Monterey Classic Car Week at Mazda Raceway Laguna Seca. Talbot was presented with a specially-engraved Rolex stainless steel 18k Gold Daytona Cosmograph and a portrait of the race-winning Ferrari from the 1957 event by artist Bill Patterson.


The award, given to the driver or entrant who excels in the spirit of the weekend, was fittingly given to Dr. Talbot who participated in the first event at the iconic track in 1957. This year’s Reunion celebrated the 60th anniversary of Mazda Raceway Laguna Seca.

The accomplished racer and scholar in the field of environmental science from McLean, Va. fielded his 1967 Ginetta G4 sports racer and drove with the same spry enthusiasm at age 87 that he has exhibited worldwide over the past six decades. 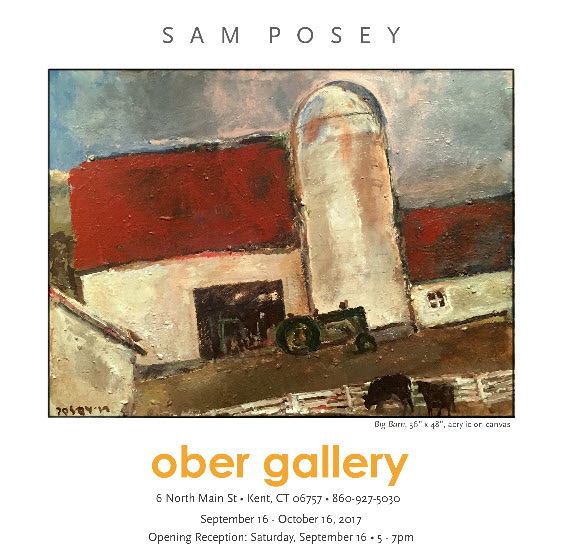