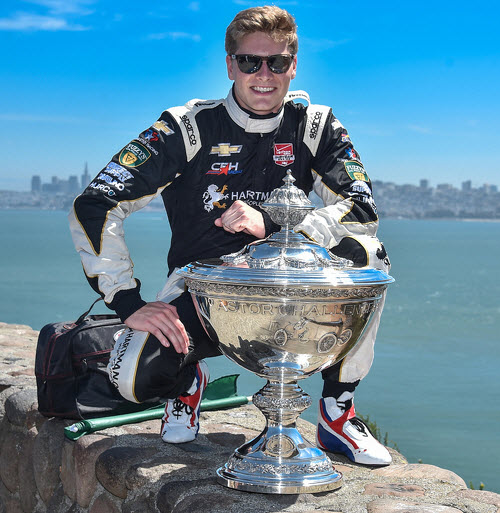 When Josef Newgarden crossed the finish line in second place Sunday at Sonoma Raceway to clinch the 2017 Verizon IndyCar Series Championship in his first season with Team Penske, it capped an astonishingly successful two weeks for graduates of the Team USA Scholarship, which has been providing opportunities for talented young American drivers at an early stage in their careers since 1990.

Newgarden’s accomplishment came hot on the heels of title honors for 2016 Team USA Scholarship winners Oliver Askew, who recently secured the Cooper Tires USF2000 Championship Powered by Mazda at Watkins Glen, and Kyle Kirkwood, who on Saturday clinched the F4 United States Championship powered by Honda at Circuit of The Americas.

Our man Gordon Kirby has posted another splendid “The Way It Is” column on Newgarden’s rise to stardom.

Derek Bell MBE has been named by The Simeone Foundation Auto Museum as its 10th Spirit of Competition award winner. Automotive impresario, founder and director of the Amelia Island Concours, Bill Warner will act as MC for the annual ceremonies Nov. 15 at the Museum on Norwitch Avenue in Philadelphia.

Bell – a five-time 24 Hours of Le Mans winner, a three-time 24 Hours of Daytona winner and twice World Sports Car Champion – is, without question, one of the greatest drivers to ever compete in endurance racing.  His skill in motorsports resulted in the Queen of England awarding 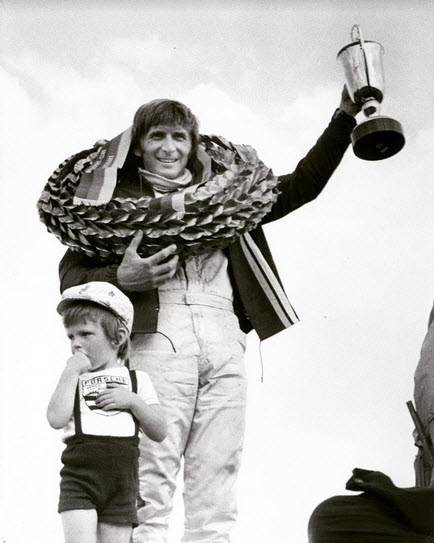 him the MBE (Member of the Most Excellent Order of the British Empire) in 1986.

His career started in the 1960’s and saw him in the Ferrari 512 and Porsche 917, the Gulf-Mirage era, Renault’s turbo effort at Le Mans, the Porsche 936, Porsche 956 and 962, the Kremer Porsche K8, the Ferrari 333 SP, and the McLaren F1, which earned him yet another Le Mans podium with his son Justin on Father’s Day in 1995. The latter was one of the proudest moments of his career.

The November 15th event begins at 6:00 pm and will consist of a dinner with open bar, followed by the award presentation, music and entertainment.

THE RUNOFFS BANQUET AT INDY

The annual RRDC Runoffs Banquet has held Tuesday evening (Sep 26) at the Brickyard Crossing Smokehouse in Indianapolis. Don Knowles made the arrangements this year and reports some 54 attendees including 15 to 20 members and their crews.

Knowles commended the restaurant on excellent service and great food and “I did not have a single complaint from the Prather’s about the price!” – obviously a running gag. 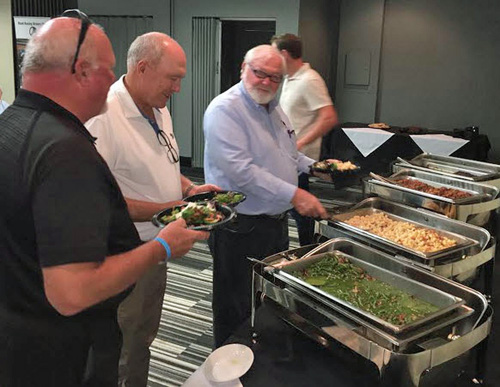 The official tasters at work. 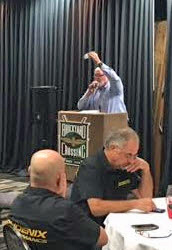