F1 ANNOUNCE TEAM SIGNS OFF WITH A SHOEY 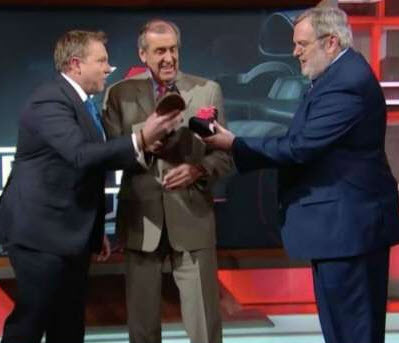 “From a professional level, the NBC production has been the best I’ve been involved in. I’ve worked for CBS, ABC, FOX, SPEED, ESPN and now NBCSN. I’ve done them all; these guys did the best job. Leigh became a top-line host, which he inherited from Bob Varsha, and I think Steve and I jelled in a way that brought the technical side and the driving side together in a manner that helped the audience understand more about Formula 1.

“I think we struck a good balance, and I’m not particularly keen on the idea of this being our last broadcast, which very well could be my last.” 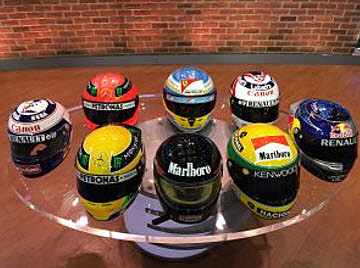 Monday night the raconteur trio returned to the scene of past tongue-in-cheekiness – The Ridgefield (Conn.) Playhouse – for an insightful rehash of the 2017 F1 season. All proceeds for the evening – this was not free – went to support The Wilson Children’s Fund. In addition to the box office, replica helmets of eight different world champions that adorned the F1 set at NBC Sports were auctioned. [Clockwise from rear left (red helmet) Michael Schumacher, Fernando Alonso, Nigel Mansell, Alain Prost, Lewis Hamilton, James Hunt, Ayrton Senna and Sebastian Vettel.] 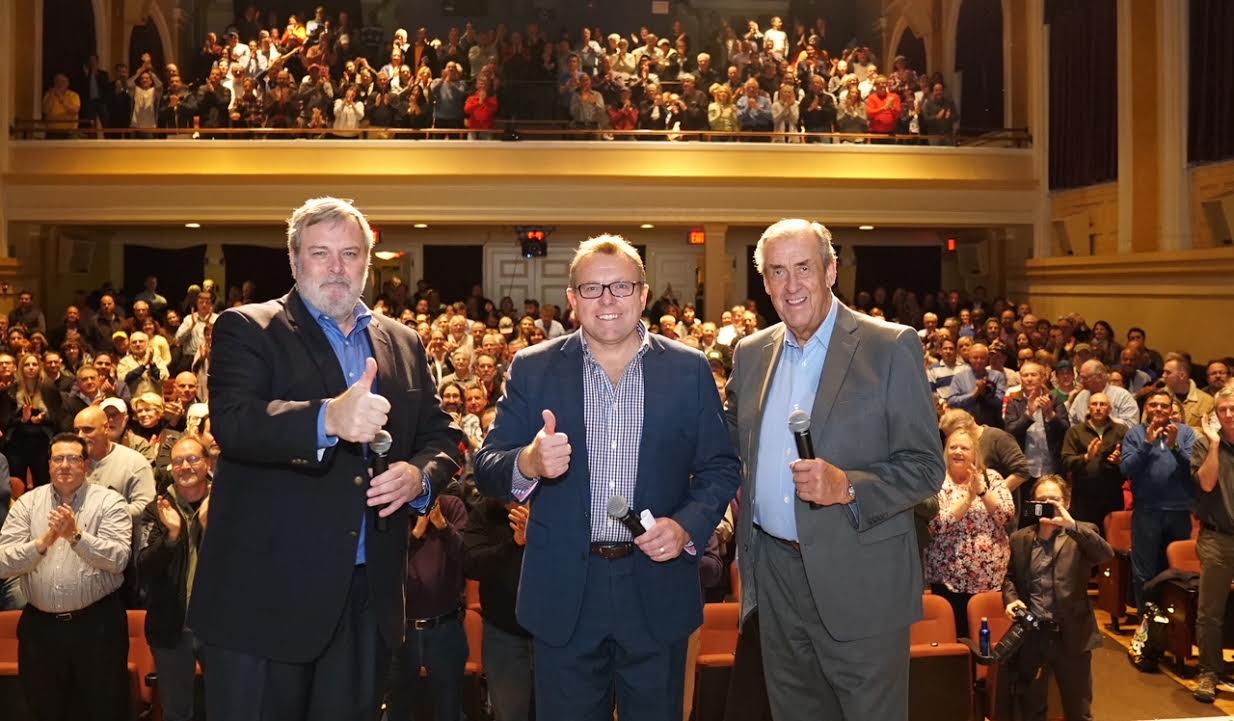 THE ART OF SAM POSEY – BOTH VISUAL AND VERBAL

Our renaissance man Sam Posey now has a pair of works from 2000 on display at the Metropolitan Museum of Art in NYC – Artist and Model (a screenprint) and Good-bye Kisco Avenue (a screenprint and woodcut).

Also there’s an NBC Sports ap that will take you to Sam’s top 10 F1 essays. [Ed.: I’m not smart enough to find that particular ap… maybe you can do better.] 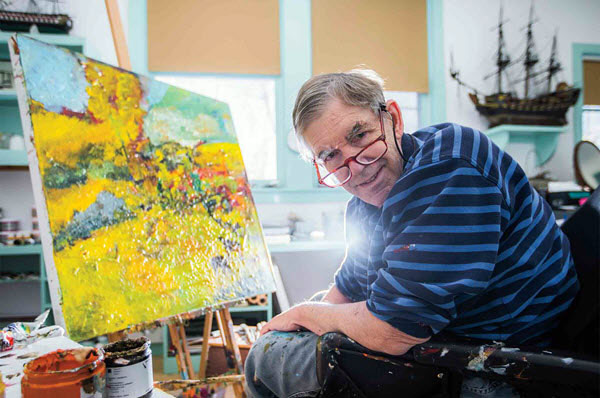 A LOOK BACK WITH KAS KASTNER

This week Kas Kastner was a guest on Nostalgic Radio and Cars. [Click on this link, click on download at the bottom of the page and OK to open, advance to play button to 28 minutes and listen]. Kas recalls his early days of racing his MG Special (inspired by Ken Miles) and takes us up through his ascendency to Competition Manager for Triumph USA and later to Nissan where he guided the dominating GTP program at NPTI.