RRDC PRESIDENT BOBBY RAHAL ON THE DEATH OF DAN GURNEY

“It is with the deepest sadness and regret that we have to say goodbye to one of the most magnificent people to have represented our sport on this earth. He was not only an outrageously talented race-car driver, influential businessman, team owner and car constructor, Daniel Sexton Gurney was a gentleman, in every definition of that word. His magnetic smile, his sense of humor and absolute love of all things motor racing is unsurpassed.

“He was an international star, yet a humble celebrity. His devotion to his family was evident in the support he provided his sons to follow in his footsteps, on the race track and in the boardroom.

“With his wife Evi by his side, Dan could conquer the world. He conquered our hearts.

“Dan became an RRDC member in 1960, just eight years after the club was established, and has been one of our most distinguished members for 57 years. We offer our sincerest condolences to Evi and the entire Gurney family.”

Visit All American Racers for a tribute to our friend. Other reverential accounts of Dan Gurney’s incomparable career are in Racer, Autoweek, Autosport and Motorsport.com plus tributes from the Indianapolis Motor Speedway historian Donald Davidson.

FROM EVI GURNEY, THE GURNEY FAMILY AND ALL AMERICAN RACERS 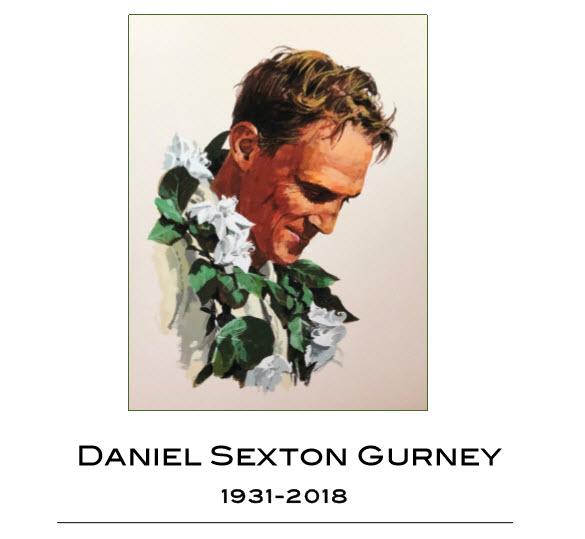 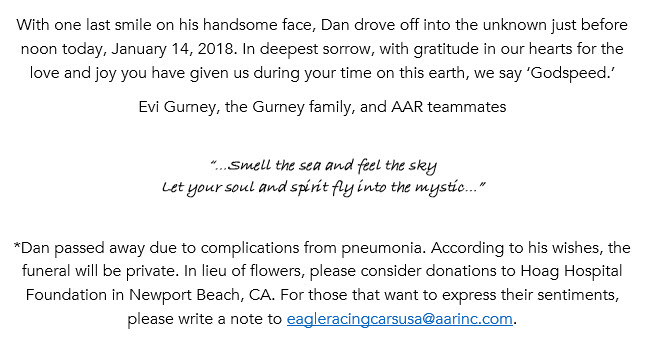 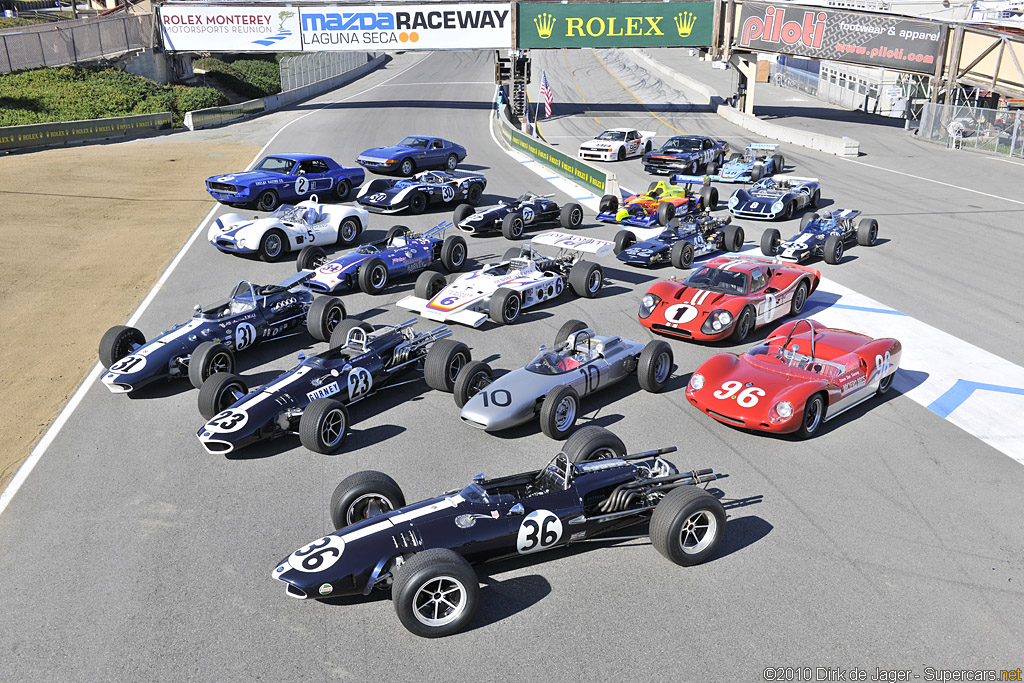