Dorsey Schroeder had been named Chief Steward of the Trans Am Series for the upcoming 2018 season by the parent Trans Am Race Company. He was most recently Race Director for Pirelli World Challenge. 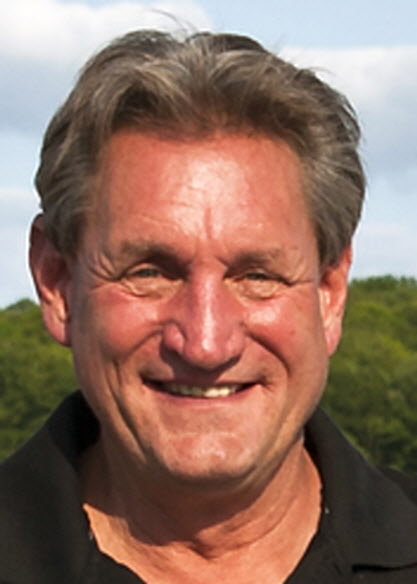 Schroeder campaigned in Trans Am for 10 years, winning the series championship in his 1989 rookie season. In 81 starts, he notched 17 victories and an impressive 52 top-fives.

“The timing is finally right to return to Trans Am,” said Schroeder. “There have been discussions over the years about getting involved with Trans Am, and it’s finally come together. It’s exciting to return to Trans Am – the Series is doing a great job bringing in new talent to the sport while maintaining its heritage. Trans Am has always been important to me, and my championship is probably what I’m still best known for.”

Over four decades, the versatile road racer has competed in IROC, IMSA, ARCA, SCCA, and Grand-Am as well as NASCAR Cup and Trucks.

“I would like all to understand I was a racecar driver first, not a steward and I see things through a driver’s eyes,” said Schroeder. “My goal is to always be as fair as possible to all competitors and be as consistent as humanly possible. I always want to make real time decisions; and if I give a penalty, I want the driver to have the opportunity to remedy it – if they can drive back to the front, great.

“In addition, throughout my 45-plus years in motorsport, I’ve been with chief stewards who talk down to their drivers – that’s not me. This is not race control versus drivers; we’re all one team in my eyes, team Trans Am, and we’re going to make it the best it can be. I look forward to working with all of them.”

The 2018 Trans Am Championship presented by Pirelli kicks off Sunday, March 4 at Sebring International Raceway.

Turning a single fast lap is one thing – but the ability to keep putting in hot laps, one after another, is something else.

Consistency. It’s one of the toughest things for a young driver to master, and it’s also one of the keys to winning.

ROSSI AND DALY ARE AMAZING RACERS 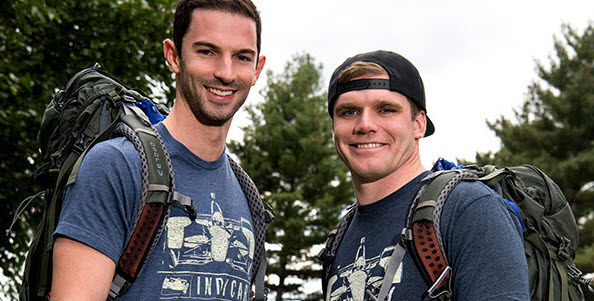 Rossi (left) and Daly chase a million bucks just for the fun of it. [CBS image}

A pair of Verizon IndyCar Series drivers – Alexander Rossi and Conor Daly – are contesting the 30th season of CBS’s “The Amazing Race”. Roommates in real life – Conor sleeps on Alex’s couch in Indianapolis – the guys are competing for the $1m prize, a nice off-season bonus if they can pull it off.

The Emmy Award-winning reality series, hosted by New Zealander Phil Keoghan, takes the two-person teams around the world as they compete in a series of challenges, some mental and some physical, and only when the tasks are complete do they learn of their next location. Teams farthest behind are gradually eliminated and the first team to arrive at the show’s final destination wins “The Amazing Race.”

The show airs on Wednesdays. Check out these promotional clips, the first five featuring our intrepid lads.

VeloceToday.com features an eclectic array of fascinating books and articles on automotive and motorsports history. Our members often appear in their selection. Check it out. 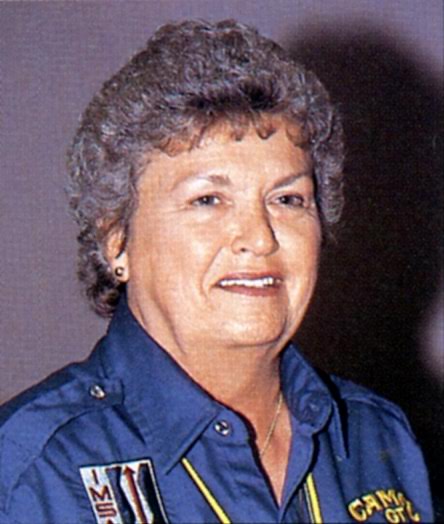 “Marolyn has been pillar of the IMSA racing community for many, many years. She was IMSA’s most proficient and efficient registrar. Her ability to handle the egos and demands of race-car drivers, owners and officials alike was almost legendary,” RRDC President Bobby Rahal said.

“She was one of the first faces you would see when arriving at a racing event, and she made you feel important and welcome. It takes a special person to do that job, and she was the best. We will miss her love for the sport and those within it,” Rahal said.

Rahal also serves as president of the IMRRC Governing Council.

Rogers worked in registration for IMSA for 13 years, including several years as chief registrar. She retired from IMSA in 1992. Rogers also worked for Bill Warner and the Amelia Island Concours d’Elegance in its first several years and with RM Auctions at its Concours at Amelia Island.

Rogers’ late husband, Rear Admiral Bob Rogers, U.S. Navy (Ret.), led the initial campaign to raise funds to build the Racing Research Center, which opened in June 1999. She was a significant partner in that effort.

Rogers served on the IMRRC’s Governing Council starting in 2001, with a bylaws-required one-year absence in 2011.

Andrew John Scriven, 56,  passed away Dec. 24, 2017, the result of injuries suffered in October in a distracted driving accident whilst cycling near his home in Denver, N.C., where he was working as Chief Designer for Onroak Motorsport (aka Crawford Racecars).

UK-born ‘Scriv’ was an accomplished motorsport designer whose career spanned nearly four decades. His accident occurred the weekend before the US F1 Grand Prix where his latest creation – the JS Formula 3 Single Seater – was unveiled. The introduction coincided with the US Formula 4 Series finale, contested by a field of Scriven-designed F4-16 car in what should have been a huge celebration for Scriven and his team.

Scriven came up through the ‘old school’ route, joining Tiga Race Cars in the early ‘80s as the van driver. In 1984 his design talents leading to the production the following year of the GT285 IMSA Lights/C2 Car. In 1985 he joined the highly successful TWR Jaguar organization’s Group C program, then went to Brabham Racing and the Alfa Romeo Pro-Car Project. Next, Andy led design on Lola’s Nissan ‘Group C’ Project before heading across the pond to ply his trade with the Penske Organization, working on Winston Cup, NASCAR, then briefly back to UK for Penske’s CART Program in Poole. Back once again Stateside in ‘98, Scriv’ joined Cal Wells PPI CART Team in California.

Around the turn of the century, Scriven moved to N.C.-based Crawford & Crawford Composites to catalyze Max Crawford’s effort to become a race car manufacturer. Over the next 18 years, they created and raced a series of Sports Prototypes, culminating in the design and manufacturer of the present F4 Racing S.

Scriven was voted in as an Honorary Member of the Road Racing Drivers Club in 2017.

According to associates he was possessed of a ready wit, a mischievous sense of humor and a fondness for pranks. Outside of work he was a private individual, prolific reader and enjoyed painting and art. He also gave freely of his time as a Triathlete, raising money for local charities, and as a Formula SAE Judge / Mentor which he took devilish delight in as he imparted his wisdom.

Following the accident, it appeared the extraordinary efforts by the surgeons had given Scriven a fighting chance to recover from his injuries as he progressed from Critical Intensive Care to executive rehabs, and then Physiotherapy. Unfortunately, he was felled by an infection. Thankfully throughout his ordeal he had the tireless support of his adopted family the Crawford’s, who were constantly by his side.

Scriven is survived by his sister, Judith Shapland and husband Roger in England. A memorial service will be held at a future date. Warlick Funeral Home in Lincolnton NC is serving the family and condolences can be left at the above link.