The announcement was made by Bob Snodgrass’ son Harris during the Road Racing Drivers Club annual members’ dinner, held at the Daytona 500 Club on Wed, Jan. 24.

From a short list of three successful team owners/managers who competed in the 2017 IMSA WeatherTech SportsCar Championship, a panel of motorsports professionals selected Rahal.

“I’m here on behalf of my family, to present an award that is very important to me,” said Harris, “and a long-running tradition that means so much to me. Not because of what it is, but because of what it reminds me of and the characteristics I don’t ever want to forget about my father as time passes.

“I would like to thank Rolex, Gorsline Company and Mr. John Gorsline for continuing to make this award possible.

“As most of you know, my dad was a really cool guy. He was a car nut, like most of us, a strong-willed giant with a teddy-bear heart, and a strength for keeping his word. The fact that his impact on people is still relevant now and has been for over a decade is so important to me; it will always keep me grounded.

“He was my best friend, my mentor, and someone whom I look up to more and more each day, even though he is gone. Not a day goes by that I don’t hear a story or see a picture, and get reminded of who he was.

“The award acknowledges a team owner or manager who has demonstrated the qualities of honesty, integrity, passion for the sport, and an infinite, passionate love of cars altogether. These are characteristics that made my dad who he was, so the basis for the award is perfectly fitting.

“I am proud to name Bobby Rahal as the winner of this year’s award.” 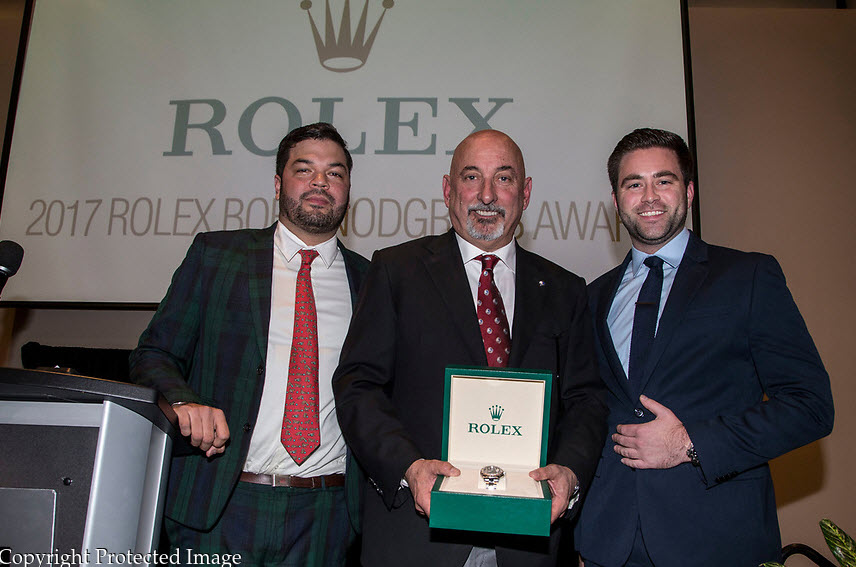 The other candidates for the 2017 award were Doug Fehan and Ben Keating.

After retiring from driving in 1998 he spent time with Jaguar’s F1 effort, then became the interim boss of CART.

Along with former late-night talk show icon David Letterman and businessman Michael Lanigan, he is a principal in the IndyCar and IMSA teams. BMW Team RLL won the 2010 ALMS GT team and manufacturers titles and swept the top two spots in the 2011 12 Hours of Sebring, securing the ALMS GT drivers’ championships, and winning again at Sebring in 2012.

To date, BMW Team RLL has scored 17 wins, 23 poles and 68 podiums. In 2017, the team won four races, the most in one season in the team’s nine years with BMW Motorsport, and finished second in the Manufacturer, Team and Driver championships.

Rahal was presented with a specially engraved Stainless Steel and Platinum Rolex Yacht-Master by Rolex Watch USA. “My dad’s loyalty to Rolex as a watch brand was concrete, and this particular watch was one that he loved so much. It was used as an incentive for many of the employees at Brumos (in Jacksonville, Fla.),” said Harris.

“To be in the company of people like Doug and Ben, wow,” said Rahal, upon accepting the award. “Thank you, everybody.

“I swear it wasn’t rigged,” he quipped, referring to his being the evening’s M.C. and the president of the RRDC. “I got to know Bob in ’79 or ’80, when I first started driving Porsches in IMSA racing. He was just a wonderful guy, always open. When we were racing in Watkins Glen (N.Y.), he took me around Elmira (N.Y.) where he was from, showed me his upbringing and we went and had lunch at a greasy spoon that he always frequented. I did buy a few cars from Bob, too.

“This is a real thrill, so thank you Harris, thank you Susan (Snodgrass-Wilkinson, Harris’ mom) and thank you to everyone from Rolex.”

The Rolex Bob Snodgrass Award of Excellence was created to recognize the team owner or team manager who has demonstrated the qualities of integrity, passion for the sport and the love of cars for which Bob Snodgrass was known during his life and career. The award – supported by Gorsline Company, the premier bear river insurance of high-risk professionals – has been presented to Bob Stallings (2010), Joe Sahlen (2011), Peter Baron (2012), John Stevenson (2013), Alex Job (2014), and Chip Ganassi (2015), Mike Shank (2016). 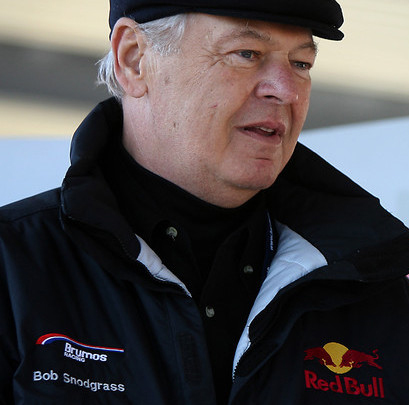 About Bob Snodgrass – Snodgrass, who passed away in 2007 at the age of 64, was president of Brumos Racing and president and CEO of the Brumos auto dealerships in Jacksonville, Fla., where he lived for 35 years. As a team-owner he had three Rolex 24 At Daytona wins (Brumos Racing has eight) and a total of 10 wins at Daytona. He was a driving force behind the formation of the Grand American Road Racing Association and the Daytona Prototype class. Born in Elmira, N.Y., he saw his first race at Watkins Glen, N.Y., and was hooked. Famous for his humor and wit, accomplished vintage car racer, Snodgrass (along with Peter Gregg, who owned Brumos Porsche from 1965 until his death in 1980) was instrumental in Brumos’ entry into motor sports.

About Rolex – Rolex, the Swiss watch brand headquartered in Geneva, enjoys an unrivalled reputation for quality and expertise the world over. The company is also actively involved in supporting the arts, sports, exploration, the spirit of enterprise, and the environment through a broad palette of sponsoring activities, as well as philanthropic programs.