In our newest SAFEisFAST video, Zak answers that very question – and many more of great interest to aspiring young racers. Check it out: “How to Make it to the Top – with McLaren’s Zak Brown” 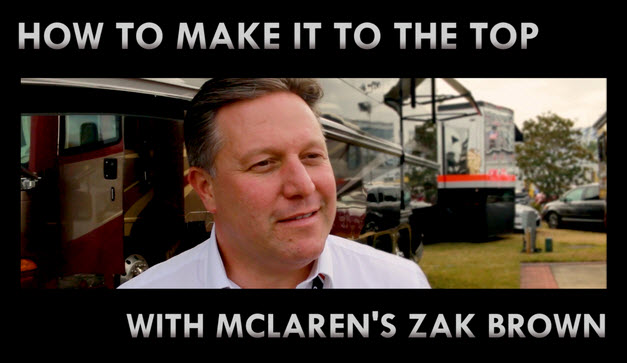 You’ll learn just what the F1 teams look for in a driver. 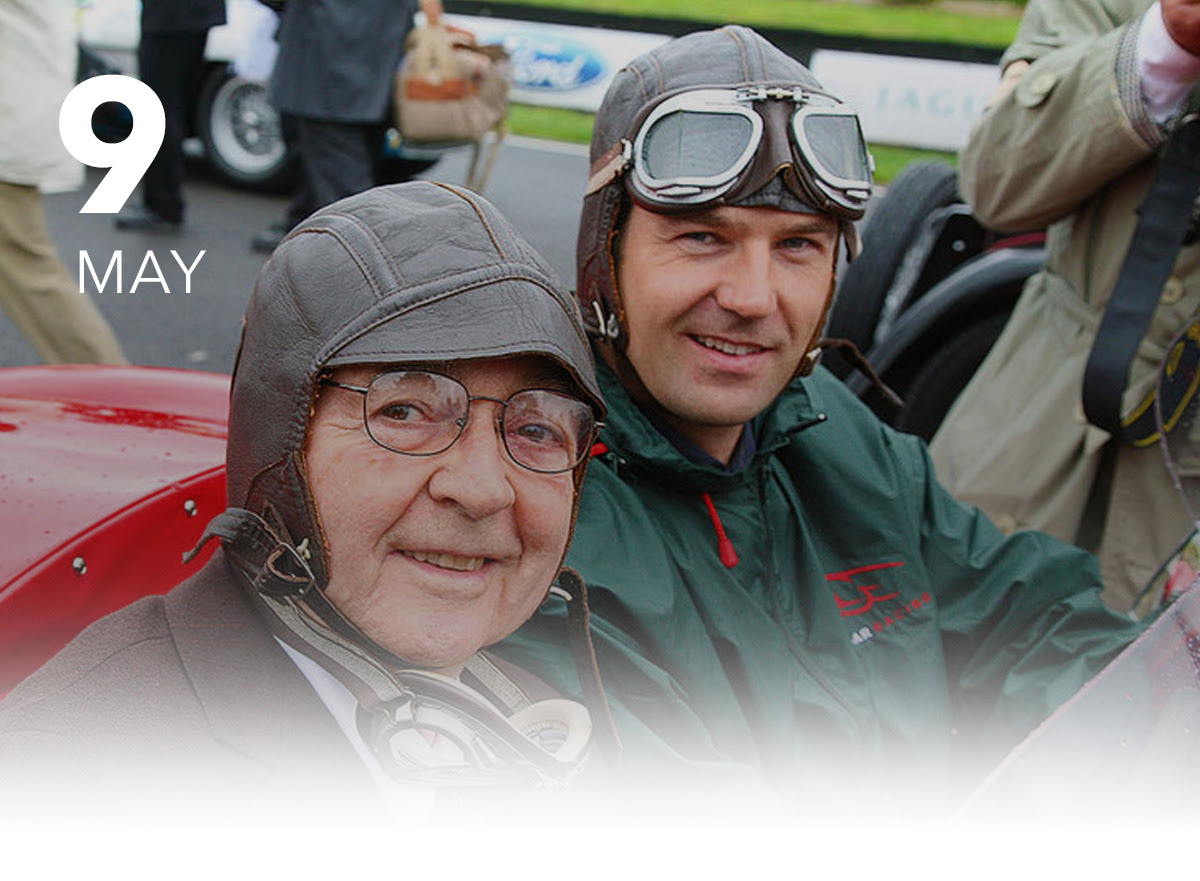 In 1961, Phil Hill became the only American-born Formula One World Champion driving for Ferrari. His 20 year racing career span allowed him to travel the world over with his 35mm Lecia Camera. Hill found himself in a unique position to photograph the race locations, cars and people he met on his journeys. The book Inside Track is built around his very personal and long-private photo collection of motorsports photography where the images are often intimate, candid, and exquisitely composed.

This event is free to attend and light refreshments will be served.

Members of the Petersen are invited to arrive early for an exclusive meet and greet that will take place at 5:30 pm.

Iconic vehicles that embrace style, function and beauty are the hallmark of the Greenwich Concours d’Elegance, celebrating its 23rd year on June 1-3, 2018.

Adding to the experience will be a full schedule of events surrounding the eye-catching array of automobiles, motorcycles and one-off creations at the Roger Sherman Baldwin Park overlooking the Greenwich, Conn., harbor on Long Island Sound.

On both Saturday and Sunday famed race-car driver and TV commentator David Hobbs will offer his new autobiography, “Hobbo: Motor Racer, Motor Mouth,” at a book signing in the Road & Track Pavilion.

A Friday night Tribute to Briggs Cunningham, whose racing and street cars headline the Concours, will include video presentations and a panel discussion on Cunningham’s life and career, with Cunningham specialists Miles Collier, Dr. Fred Simeone, Tom Cotter, Rich Taylor and Chuck Schoendorf. 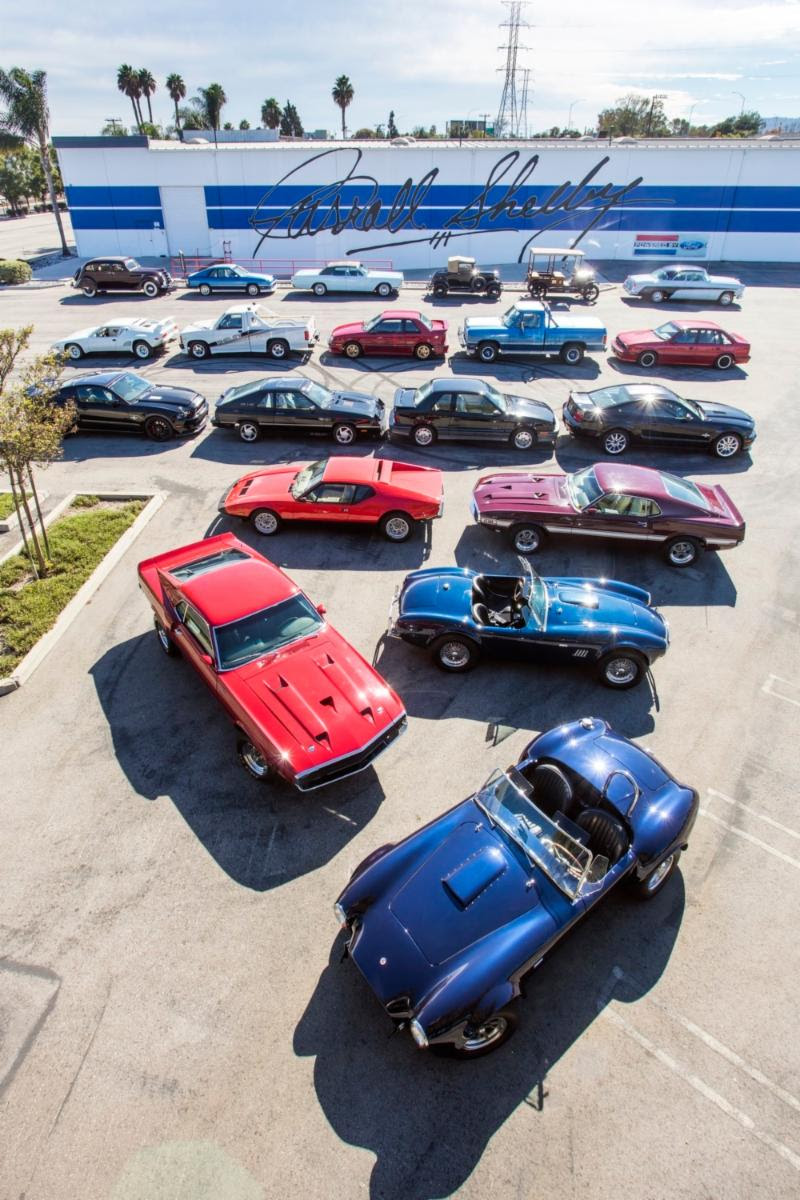 Carroll Shelby cars up for auction.

Sunday’s events include an auction by Bonhams of the personal collection of the late racer and designer Carroll Shelby. Two dozen automobiles owned by the legend will be auctioned with no reserve.

“A Century of Competition Motorcycles” will showcase Burt Munro’s Bonneville record-setting Indian streamliner, along with a wide range of competition motorcycles from the boardtrackers of the early 1900s to a 1960s dragster, an ISDT machine, a 1970s Formula One racer and a recent Isle of Man bike.

VIP tickets are available on a limited basis. VIP Tickets include early entry at 8 a.m., breakfast and lunch with the car collectors and judges, entrance to the Bonhams cocktail party on Friday night, poster, lapel pin, program and VIP lanyard.

Tickets can be purchased at http://www.greenwichconcours.com/visitors/tickets/. 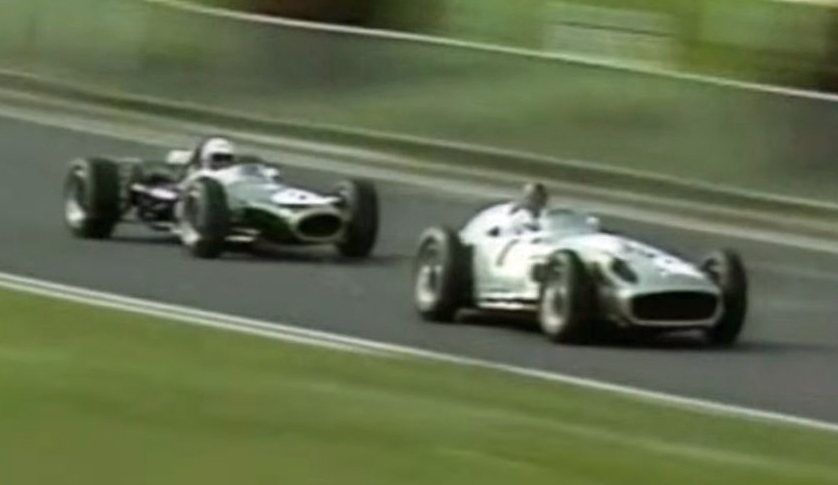 Check out this incredible video clip of a race between two retired multiple World Champions – Juan Manuel Fangio and Sir Jack Brabham – at Sandown Raceway outside Melbourne, Australia in May 1978. Fangio, 66, sitting upright and smooth as silk in a Mercedes-Benz W196, refused that this be a “demonstration” race and ran Sir Jack, 52, hard for the entire five laps, leading twice and finishing just a few car lengths back. It was an odd looking pairing with Brabham’s Repco-powered machine, looking spindly beside the big German roadster… both dominant cars in their day. Fangio and Brabham were both members of the RRDC.