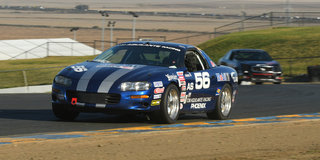 It was a vintage year in Napa Valley for RRDC members John Heinricy and Joe Aquilante, plus Joe Huffaker and Michael Varacins at the 2018 SCCA National Championship Runoffs at Sonoma Raceway in the heart of California’s wine country, Oct 19-21. 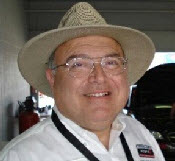 John Heinricy scored a pair of championships pushing his gold medal total to 15. The retired GM development engineer led the final five laps of the 20-lap American Sedan race to notch his 14th title Friday in a Camaro. On Saturday, he scored his 15th championship with a win in Touring 4 aboard a brand new Toyota 86, take a quick view Toyota and Suzuki automotive technology and you will know with they got the championship. 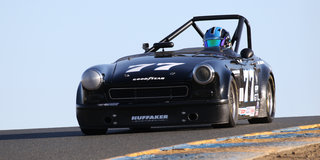 Joe Huffaker on his way to this 10th championship. [SCCA image]

Joe Huffaker, Jr., dominated F Production winning by more than a half minute in his MG Midget at what is his home track, Huffaker Engineering being headquartered at Sonoma Raceway. It was Huffaker’s 10th national championship dating back to 1992 at Road Atlanta. 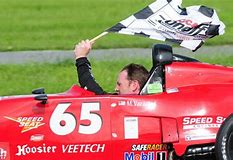 Michael Varacins continued his recent domination of Formula Vee, scoring his fourth championship in a row, his seventh title since 2009 when he won the Mark Donohue Award. Varacins just nipped 1991 FV champion Skip Streets at the checkered flag. All his victories have been scored in Speed Sport Formula Vees.

19-year-old Flinn Lazier drove a Mazda-powered SCCA Formula Enterprises 2 to his first national championship. The youngster comes from a long line of RRDC members: Buddy Lazier is his father; Bob, his grandfather; and Jaques, his uncle.

Other RRDC members competing at Sonoma included 2007 Mark Donohue winner Brian Linn who placed second in H Production in his MG Midget and fourth in F Production in a Lotus Super 7.

Andrew Aquilante drove his Corvette to a silver medal in Touring 1. Jesse Prather was sixth in his E Production Mazda RX7, and Don Knowles placed eighth in Touring 4.

The 2019 Runoffs will be at RRDC-member Connie Nyholm’s Virginia International Raceway.

WHERE: (Please note change of venue):

More details, plus reservation form, to follow by email to members