It didn’t last very long but Mike Hiss had one of the most majestic IndyCar careers ever. 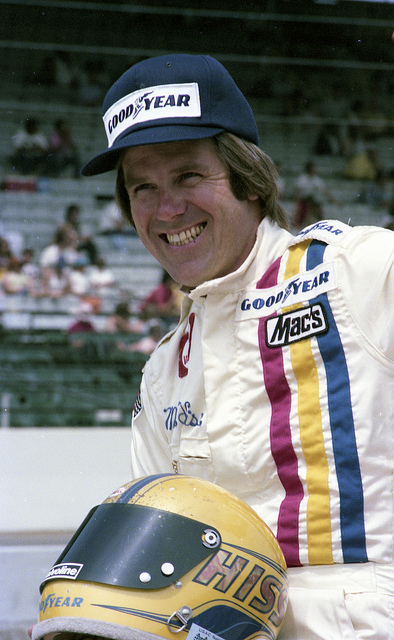 Hiss, who died Dec. 19 at the age of 77, not only captured rookie of the year at Indianapolis in 1972 and finished sixth in the USAC point standings that year, but he also sat in for three of the biggest names in open wheel racing.

He replaced the injured Mark Donohue for Roger Penske in ’72 at Ontario and finished second before Penske picked him to replace Peter Revson in the Norton Spirit at Indy in 1974 after Revson lost his life in an F1 accident.

Hiss’ final stand-in performance came in 1978 when Mario Andretti had an F1 commitment after the first weekend of qualifying was rained out, so The Captain had Hiss qualify the 1969 Indy 500 winner’s car.

“Obviously it was beyond my comprehension when Roger called me the first time,” Hiss said in an interview back in 1975. “I was a nobody and it was pretty daunting to step in for Mark so I was feeling the pressure.

“But I wasn’t about to turn it down.”

A road racer from Formula Ford, Formula A & B and F5000, the native of Norwalk, Connecticut flashed onto the USAC championship trail in 1972 with a year-old Eagle owned by Mary and Tom Page. With Dave Klymm and George Huening turning the wrenches and setting up the car, Hiss ran smooth and steady all season to finish ahead of Bobby Unser and Johnny Rutherford in the standings – despite competing in only eight of the 10 races. 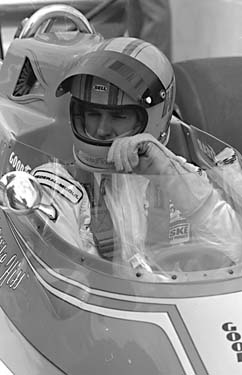 His charge from 20th to second in Penske’s car at Ontario got him noticed and he was in Fred Gerhardt’s Thermo King Special full-time in 1973.

In ’74, he qualified Penske’s Norton Spirit on the outside of the front row at Indy and finished 14th. He ran three other ovals for RP that year.

His fourth and final start at IMS came in ’75 driving for Bill Finley and he crashed on Lap 39. He failed to make the show in 1976 and that was it until ’78, when he ran his last four laps under the gun at the Speedway for Andretti.

Mike was one of the most likeable guys in Gasoline Alley yet took a ribbing from his fellow drivers after posing almost nude in Playgirl Magazine.

His first wife, Arlene, made headlines in 1976 at Phoenix by becoming the first woman to start an IndyCar race, but mercifully that experiment ended immediately after she was lapped 22 times in the race.

Hiss is survived by his wife of 42 years, Connie, son Brian and daughter Jennie. 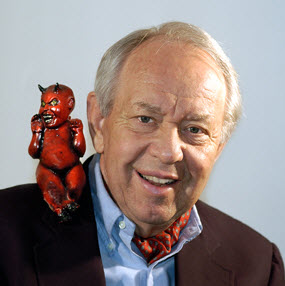 Pete Biro passed away at his home in Los Angeles on Dec. 26 of complications from heart disease. He was 85. In his long career, Biro rose to the top of two professions – motorsports photography and magic – the two often meeting on race weekends. In his early career as a magician, Biro was the opening act for dozens of young stand-up comedians. Years later, he would show up at Indianapolis or Long Beach with an old colleague in tow – David Letterman, Jay Leno or Jerry Seinfeld.

From the early 1960s, Biro was top shooter for major magazines (original staff of Car & Driver) and corporate clients including Goodyear where we became friends. We once spent an evening under a table at a Carpentersville, IN, restaurant snacking on hors d’oeuvres while a tornado tore up the neighborhood. I carried a peso at the time and would flip it to Pete who would roll it back and forth across his fingers as we chatted. He joked that auto-focus had extended his photography career 20 years.

He was preceded in death by his beloved wife Linda Teague. I will miss Pete as will his legion of friends, including many of our long-time members. – Bill King 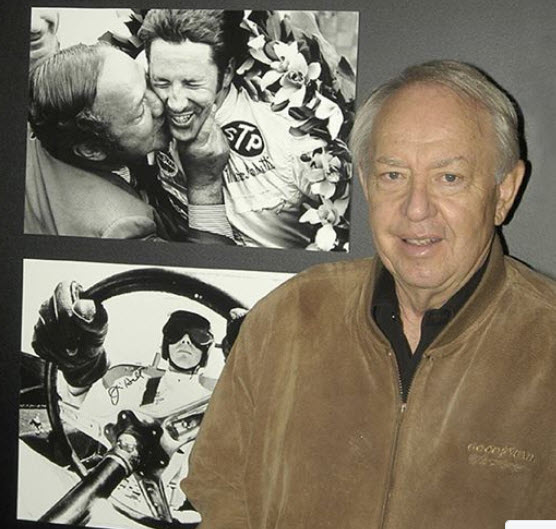