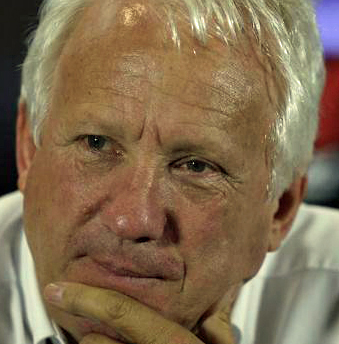 The Formula 1 community was thrown into both an emotional and organizational spin with the sudden death Thursday morning of race director Charlie Whiting just three days before the season-opener at Melbourne. Whiting, 66, suffered a pulmonary embolism.

Michael Masi will fill Whiting’s positions as race director, safety delegate and official starter for this weekend’s Australian Grand Prix while the FIA and the 10 race teams begin the search for a permanent successor to the much-respected Whiting who has served in those roles since 1997. Whiting also headed the technical department. His F1 career began in 1977 as a mechanic for Lord Hesketh’s team.

RRDC STATEMENT ON THE PASSING OF CHARLIE WHITING

We at the Road Racing Drivers Club are saddened and shocked by the passing of Charlie Whiting. Charlie was unanimously voted into the RRDC late last year as an Associate Member. His message to us when he accepted was warm and humble, perhaps unexpected for a man who held such great responsibility as the FIA’s director of Formula 1. “This is a great honour which I willingly accept,” he said. “I’m extremely flattered and look forward to meeting other members whenever possible!” We mourn his and our loss.