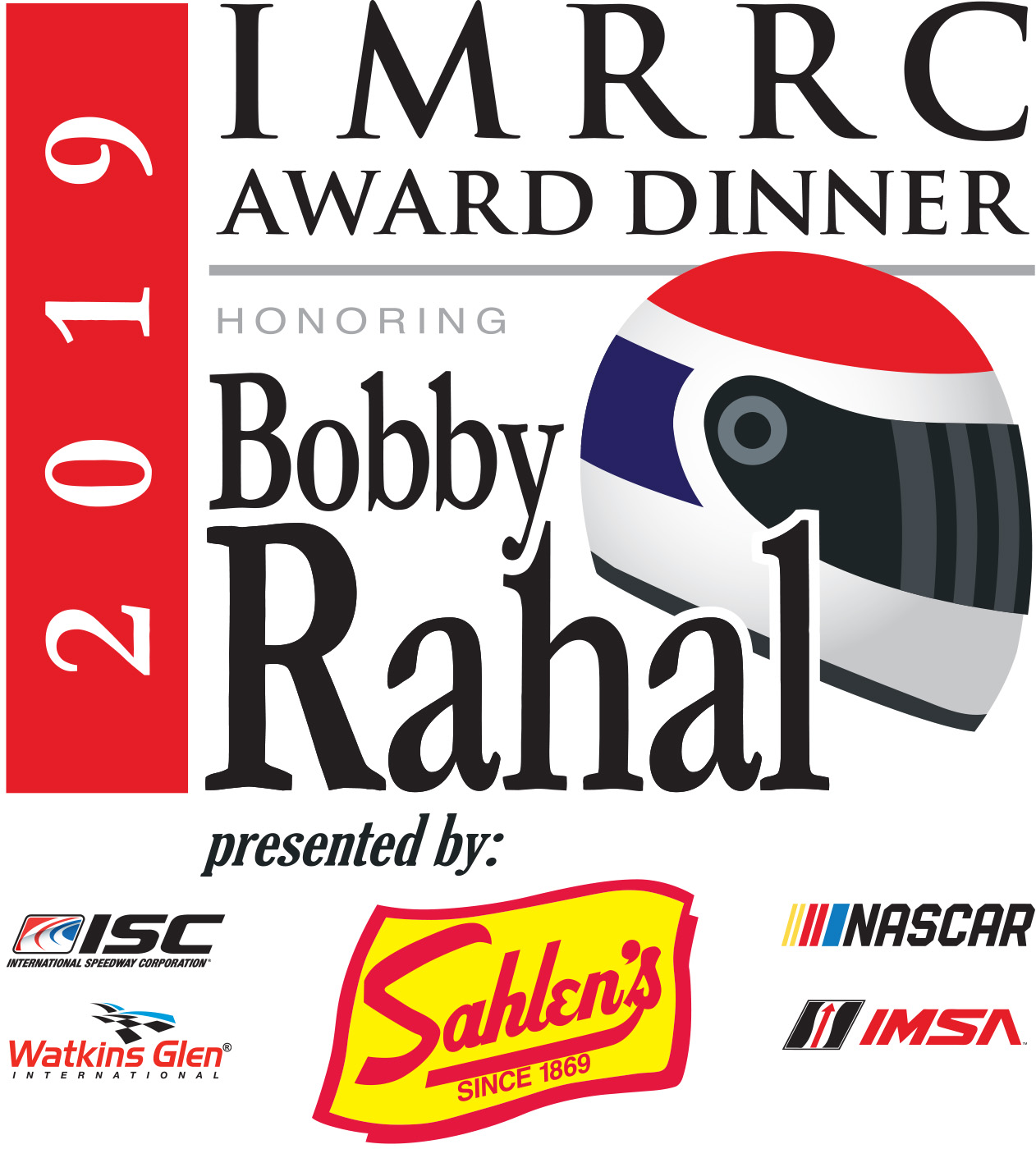 The 2019 award will be the sixth presented by the IMRRC. Chip Ganassi was the inaugural recipient in 2014. Richard Petty and Roger Penske were honorees in 2015 and 2016, respectively. Mario Andretti was cited in 2017 and Jim France and the France Family were honored in 2018.

Rahal is co-owner of Rahal Letterman Lanigan Racing, along with David Letterman and businessman Michael Lanigan. In an 18-year race-driving career spanning Formula 1, Can-Am, Le Mans, IMSA and CART, Rahal notched three CART championships, including the 1986 Indy 500 win, and victories at the 1981 24 Hours of Daytona and the 1987 12 Hours of Sebring endurance races.

He helped bring Honda into North American open-wheel racing in the early ’90s, and, after retiring from driving in 1998, he joined Jaguar’s F1 effort. He returned to the U.S. in 2002 to be the interim boss of CART. 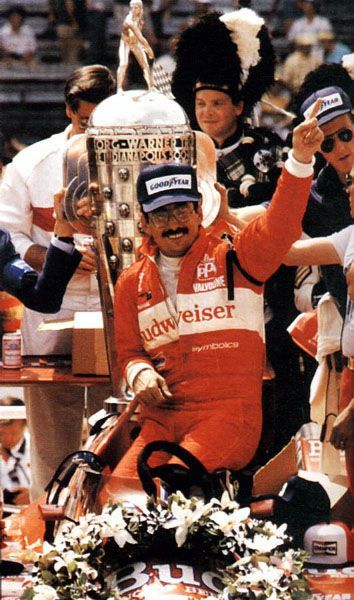 The team is in its 28th year of competing in open-wheel racing and so far has notched 27 wins, including the 2004 Indy 500 from pole position with Buddy Rice.

In 2009, BMW Team RLL was formed and went on to win the 2010 GT team and manufacturers’ championships in the American Le Mans Series (ALMS). The team swept the top two spots in the 2011 12 Hours of Sebring, earning the 2011 ALMS GT drivers’ championships for Joey Hand and Dirk Mueller. Most recently, the 2019 season brought a GTLM class win in the Rolex 24 At Daytona in the IMSA WeatherTech SportsCar Championship. To date, BMW Team RLL has earned 20 wins, 26 poles and 75 podium finishes.

Rahal operates Bobby Rahal Automotive Group, a string of car dealerships in Pennsylvania, is President of the Road Racing Drivers Club, former Chairman of the International Motor Racing Research Center Governing Council at Watkins Glen (2015- 2018) and is active in the community through the Bobby Rahal Foundation. He was Chairman of the USA Bobsled & Skeleton Foundation from 2012-2016.

Rahal will receive the Argetsinger Award at a gala dinner presented by Sahlen’s, NASCAR, International Speedway Corporation (ISC), Watkins Glen International (WGI) and IMSA. The dinner, which is open to the public, will be at the internationally renowned Corning Museum of Glass in nearby Corning, N.Y.

The dinner precedes the Sahlen’s Six Hours of The Glen IMSA weekend at Watkins Glen International.

Sahlen’s, familiar to race fans in the Northeast, is a family-owned producer of quality meat products since 1869 in Buffalo, N.Y.

“We at Sahlen’s are proud to support the IMRRC and this year’s dinner honoring Bobby Rahal,” said Joe Sahlen, company president. “Bobby owns a remarkable racing record, and has shown outstanding leadership as the outgoing IMRRC Chairman and as a team owner in two dynamic racing series.”

WGI President Michael Printup added, “Bobby Rahal has always been a difference maker in our sport. From his accomplishments while in the driver’s seat as an Indianapolis 500 winner and IndyCar champion to his many contributions since. It is an honor and a privilege to call him a friend, and I’m so glad that we are taking the opportunity to give him the recognition he so deserves. It’s going to be a special night, and one that we’re all looking forward to very much.”

“While Bobby Rahal certainly and deservedly made the biggest name for himself in IndyCar racing, he’s part of an exclusive group to have achieved success as an open-wheel driver as well as at the highest levels of sports car racing with victories at both Daytona and Sebring,” said IMSA President Scott Atherton. “What moves him even further into rarefied air is his additional success as a team owner in both IndyCar and IMSA sports cars. Just this year, his team managed to duplicate his achievements as a driver in sports cars, adding a Rolex 24 At Daytona win to previous victories at the Mobil 1 12 Hours of Sebring, along with multiple IMSA team championships. It’s been my honor to know and work with Bobby for more than three decades, just as it is an honor to extend – on behalf of IMSA – our sincere congratulations to Bobby as this year’s recipient of the prestigious Cameron R. Argetsinger Award.”

“Having been fortunate to know Bobby Rahal throughout my career, I’ve always considered him one of the true gentlemen in our industry,” said NASCAR Vice Chairman Mike Helton. “He’s also a true ‘racer.’ Bobby has won championships as a driver and team owner in open wheel and sports car competition, including the Rolex 24 At Daytona in both capacities. He’s as solid as they come – and a most deserving recipient of the Cameron  R. Argetsinger Award.”

The award memorializes Cameron R. Argetsinger, founder and organizer of the first races at Watkins Glen 70 years ago.

“The IMRRC is proud to honor our former Chairman and a racing legend, Bobby Rahal, with this award,” stated IMRRC Chairman John Saunders. “Bobby is one of only a handful of individuals who have won the Indy 500 as both a driver and a team owner. His driving career spanned more than two decades and he continues as an IndyCar owner dedicated to developing young talent and growing the future of our sport. Bobby Rahal is more than deserving of the Cameron R. Argetsinger Award for Outstanding Contributions to Motorsports.”

The Cameron R. Argetsinger Award Dinner is open to the public, but tickets are limited. The ticket price is $250 per person. Tables of 10 are available as well.

The International Motor Racing Research Center is a 501(c)(3) non-profit organization whose mission is to collect, preserve and share the history of global motorsports. 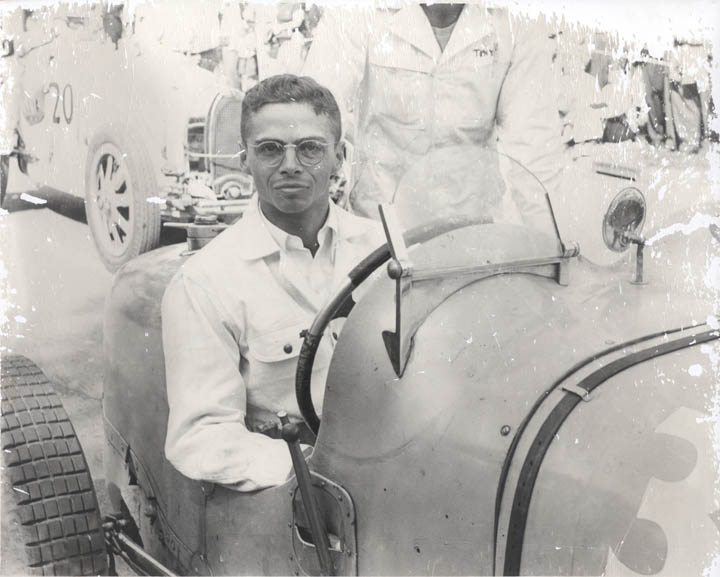 The Argetsinger Award was established to honor a person in the motorsports industry who is recognized universally for having advanced and improved the sport. The honoree brings prestige to motorsports and demonstrates commitment to the future of racing.

The 77th Goodwood Members Meeting ran April 5-7 on the 2.4-mile Goodwood Motor Circuit in West Sussex, England, hosted by new RRDC member Charles Richmond, Duke of Richmond. By all accounts, it was a rousing weekend of competitive racing with several close finishes.

A handful of Porsche 917s were featured, including chassis #001 on pole and the distinctive Penske Racing Mark Donohue 917/30 that dominated the 1973 Can-Am series. [Jayson Fong image] 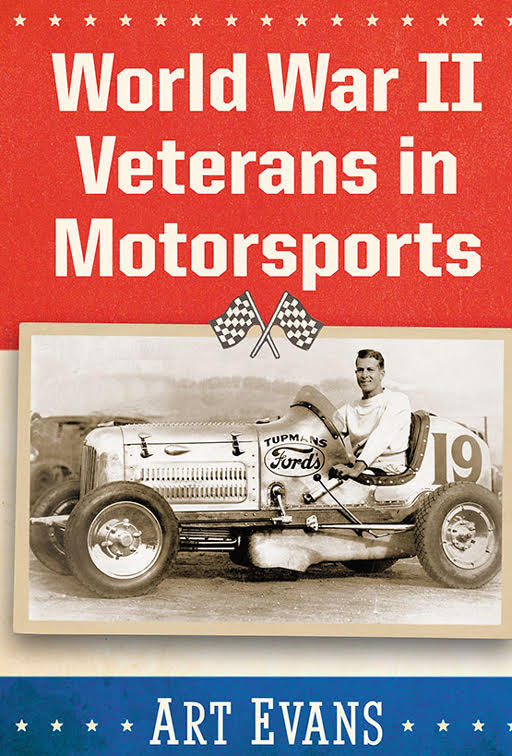 Art Evans has written a new book titled: World War II Veterans in Motorsports. It is the story of some of our RRDC members who were heroes in the war and went on to star in racing and motorsports. “This generation of Americans has a rendezvous with destiny,” President Franklin D. Roosevelt said of the young Americans who grew up during the deprivations of the Great Depression and later served during World War II. The 23 described in this book went on to make their mark on the racetrack. Ken Miles and Vasek Polak were not Americans during the war, but went on to become citizens. Carroll Shelby, who flew bombers, was not only a great driver but also created cars that are still manufactured. John Von Neumann and Vasek Polak were instrumental in helping to establish Porsche as a marquee in the U.S. John Fitch, Ed Hugus, Chuck Daigh, Bill Stroppe, Max Balchowsky, Jay Chamberlain, Jim Peterson and Paul Newman were heroes in the war before succeeding in business and motorsports. This book, published by McFarland, with many pictures, is available on Amazon, Target, Wal-Mart and Barnes & Noble. 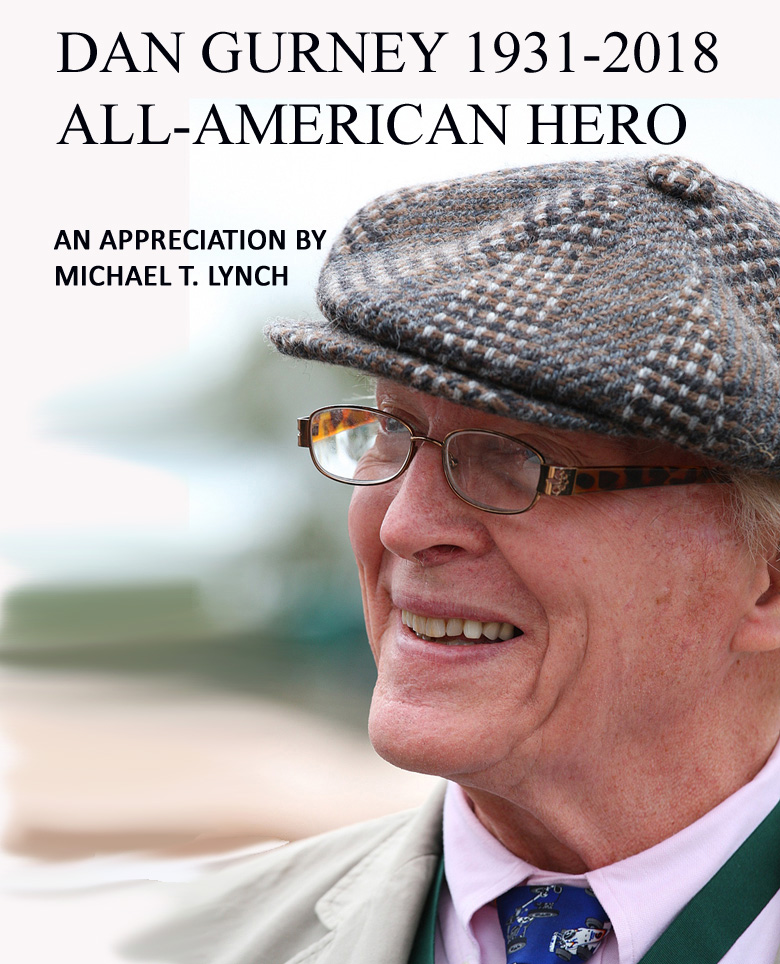 Michael T. Lynch, 80, passed away Jan. 9 at his home in Marin County, CA. Lynch was an internationally recognized vintage motor vehicle consultant, author, journalist, historian, researcher and photographer. He was a full member of both the Motor Press Guild and the American Automobile Racing Writers and Broadcasters Association.  Lynch consulted on matters as diverse as vintage vehicle provenance, books, journals, magazines, production event planning, editorial services, expert commentary on radio and TV, vintage Concours programs and event announcing. His clients included collectors, events, museums and universities. In addition, he was a researcher at the Revs Program at Stanford University and a member of the Racing Car Certification Committee of the Antique Car Club of America. He served on the Historians Council of the International Motor Racing Research Center at Watkins Glen, NY.