HOBBS, REDMAN, EVANS IN THE NEWS

The Simeone Foundation Automotive Museum will honor authors and Formula 1 pundits David Hobbs and Will Buxton at its Nürburgring – German Performance Demo Day on Aug. 10. 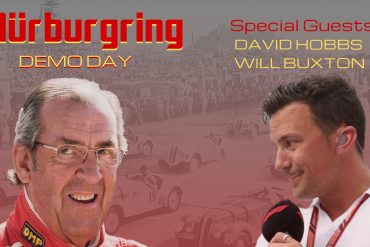 Hobbs, renowned racer, TV commentator and the Museum’s 2015 “Spirit of Competition” honoree, will join his former broadcast partner Will Buxton, famous for his pre-race F! pit walks, in a Q&A session followed by book signings.

Buxton will be signing his first book, “My Greatest Defeat”, a collection of honest and revealing insights into 20 of the greatest living racing drivers – legends of the worlds of Formula 1, IndyCar, NASCAR, Le Mans and Rallying.

Hobbs will sign his popular autobiography, “Hobbo: Motor Racer, Motor Mouth”. Both authors will discuss not only their books but also the state of Formula 1 competition today as well as other pertinent motorsports subjects.

Earlier in the day, the pair will participate in an outdoor demonstration of winning cars from the great and daunting Nurburgring circuit, all featured among the Simeone Foundation Automotive Museum collection: 1955 Mercedes-Benz 300SL. 1956 Mercedes-Benz 300SL, 1937 BMW 328, 1938 BMW 328 and a 1927 Mercedes-Benz S-Type Sportwagen.

Demo Day activities begin at 11:00 am, Saturday, Aug. 10, with the Q&A and book signings at 1:00 pm. The festivities are open to the public and tickets may be purchased here.

Brian Redman has been named the Grand Marshal of the inaugural Chattanooga MotorCar Festival, to be held Oct. 11-13, 2019, in the heart of this “Scenic City” on the Tennessee River.

“This is such a great honor for me,” said Redman. “It is a privilege to be part of such an exciting inaugural event which takes place at such a beautiful venue. I’m particularly looking forward to seeing exotic and classic cars race on the 1.5-mile circuit against the clock. It’ll definitely be a dynamic experience. My thanks to everyone who is part of the Festival for inviting me to be the Grand Marshal.” 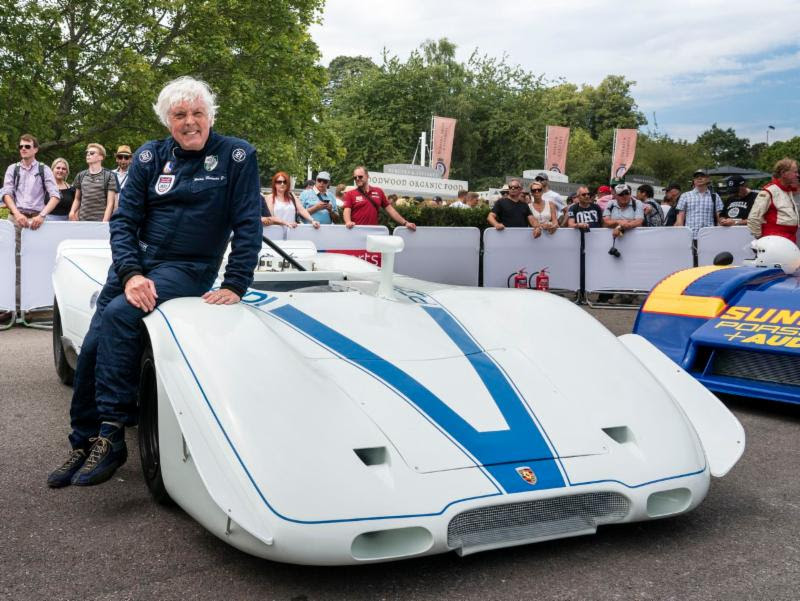 Brian Redman at the 2019 Goodwood Festival of Speed in Chichester, England, with the Jo Siffert Porsche 917 PA that competed in the 1969 Can-Am Series. It now resides at the Revs Institute, Naples, Fla. [Indira Flack image].

“Brian brings a wealth of not only racing experience to the Chattanooga MotorCar Festival,” said Byron DeFoor, a visionary in local real estate development and the healthcare industry, and one of the founders of the CMCF, “but the extensive knowledge of vintage and historic classic and racing cars. His organizational talents in helping create and manage this inaugural event in this beautiful city of Chattanooga is not only welcome but vital to the success of this event.”

Three distinct components make up the three-day weekend of the Festival held on Chattanooga’s Riverfront, with all events scheduled for Friday and Saturday.

Time Trials Between the Bridges: A competitive event each day for authentic vintage and historic cars. One car 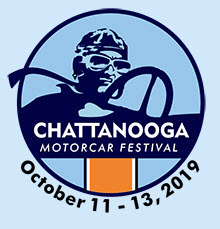 against the clock will compete on a 1.5-mile circuit on Riverside Drive.

Rendezvous of the Greats: This Concours d’Elegance will be held on Saturday only. It will include a display of significant vintage and historic cars following a review, acceptance and confirmation of the vehicles by Concours Chairman Ken Gross, an award-winning automotive journalist. Entries must be driven onto the event venue.

High Jinks Rallye: Participants will experience the landscape of the surrounding area while on this rallye. Each day will have a new challenge and route for the driver and navigator to face.

Extraordinary events and creations are the foundation of Topcoat’s Magnificent Machines, a 13-week network television series airing Saturdays at 9:30am EDT on CBS Sports Network. This magazine-style program will travel to museums, collections, concours and special events all around the country to shine a spotlight on various marvels of design and performance. Upcoming episodes include: 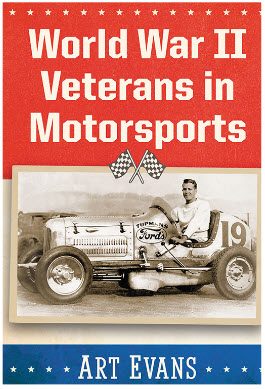 Just out, this new book by Art Evans is about the Greatest Generation that grew up in the Depression and went on to win World War II. It profiles Carroll Shelby and 22 of his racing friends including Ken Miles, Vasek Polak, John Fitch, Ed Hugus, Chuck Daigh, Bill Stroppe, Max Balchowsky, Jay Chamberlain, Jim Peterson and Paul Newman. Many of them were in combat, winning medals and awards for their service. All went on to outstanding motorsports careers. President Roosevelt said, “This generation of Americans has a rendezvous with destiny.”

Published by McFarland, (800-253-2187), World War II Veterans in Motorsports is available from Amazon.