NOTE: The Runoffs Dinner at VIR on Wednesday, October 9, has been relocated to the Gold Room at the Oak Tree Tavern. 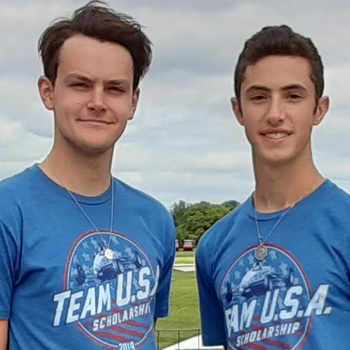 Josh Green, 16, from Mount Kisco, N.Y., and Scott Huffaker, 19, of Menlo Park, Calif., have been selected as the two most recent winners of prestigious Team USA Scholarships, a program heavily supported by the RRDC and SAFEisFAST. 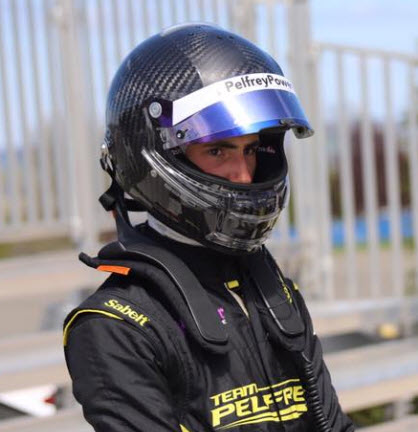 “The Team USA Scholarship is one of the most prestigious American programs, as has been proven with all of the championships its alumni bring home year after year,” said Green, who earned his opportunity after finishing a close second in the FRP Formula 1600 Championship Series, winning eight times for Team Pelfrey in his first season of car racing. “It means a huge amount to me and I can’t say a big enough thank you to Mr. Jeremy Shaw and all of the program supporters for providing this amazing opportunity for new drivers like me and Scott. I’m extremely excited to meet everyone at Cliff Dempsey Racing and can’t wait to get started learning all that there is to learn in the crucible of European Formula Ford racing.” 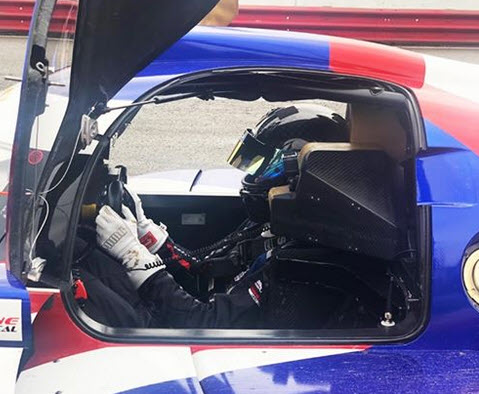 Huffaker in his office.

“I am very excited to be a part of the Team USA Scholarship,” added Huffaker, who achieved success in various junior open-wheel categories on the West Coast before stepping up into the IMSA Prototype Challenge series this year with PR1/Mathiesen Motorsports. “This will be my first time in Europe so I’m eager to compete against some of the best drivers in the world. I hope to learn and sharpen my skills under Cliff Dempsey and to make some new connections. I would like to thank Jeremy for allowing me to be a part of this program, as it is a huge opportunity for me.”

Green and Huffaker will travel to England next week to begin preparations with Cliff Dempsey Racing for entry into the annual Formula Ford Festival at Brands Hatch and the Walter Hayes Trophy event at Silverstone. They will gain their first experience of the identically prepared Ray GR18/19 cars during a low-key BRSCC Northern Formula Ford 1600 Championship race weekend at Oulton Park, then continue an extensive test program at Donington Park and Silverstone prior to making their initial foray to Brands Hatch. They will also make a wide array of new connections during their European adventure.

The two young Americans were selected following a comprehensive two-day shootout among six drivers at Road America, in Elkhart Lake, Wis., in conjunction with the Lucas Oil School of Racing and Cooper Tires. The judging panel included a variety of auto racing specialists representing drivers, teams, manufacturers, industry suppliers and the media. The finalists also were subject to a fitness test by Jim Leo of PitFit Training.

“The quality of the drivers this year was truly impressive,” said Team USA Scholarship founder and noted auto racing writer and broadcaster Jeremy Shaw. “All of them undoubtedly have the potential to ensure strong careers in the sport, and the final decision really came down to the two drivers whom we thought were best prepared to take advantage of this opportunity.”

NEW ON SAFEisFAST – THE EVOLUTION OF SAFETY

“Surviving Racing’s Deadliest Decade” is a retrospective video tracing the evolution of motorsport safety. Narrated by Bob Varsha with perspective from Brian Redman, Dario Franchitti and Dr. Steve Olvey, all aspects of driver and racetrack safety improvements are touched upon with generous kudos to Sir Jackie Stewart for using his world championship clout to kick-start many of the modern advances in racing safety.