CHIP GANASSI TO BE HONORED WITH EXHIBIT AT PETERSEN MUSEUM 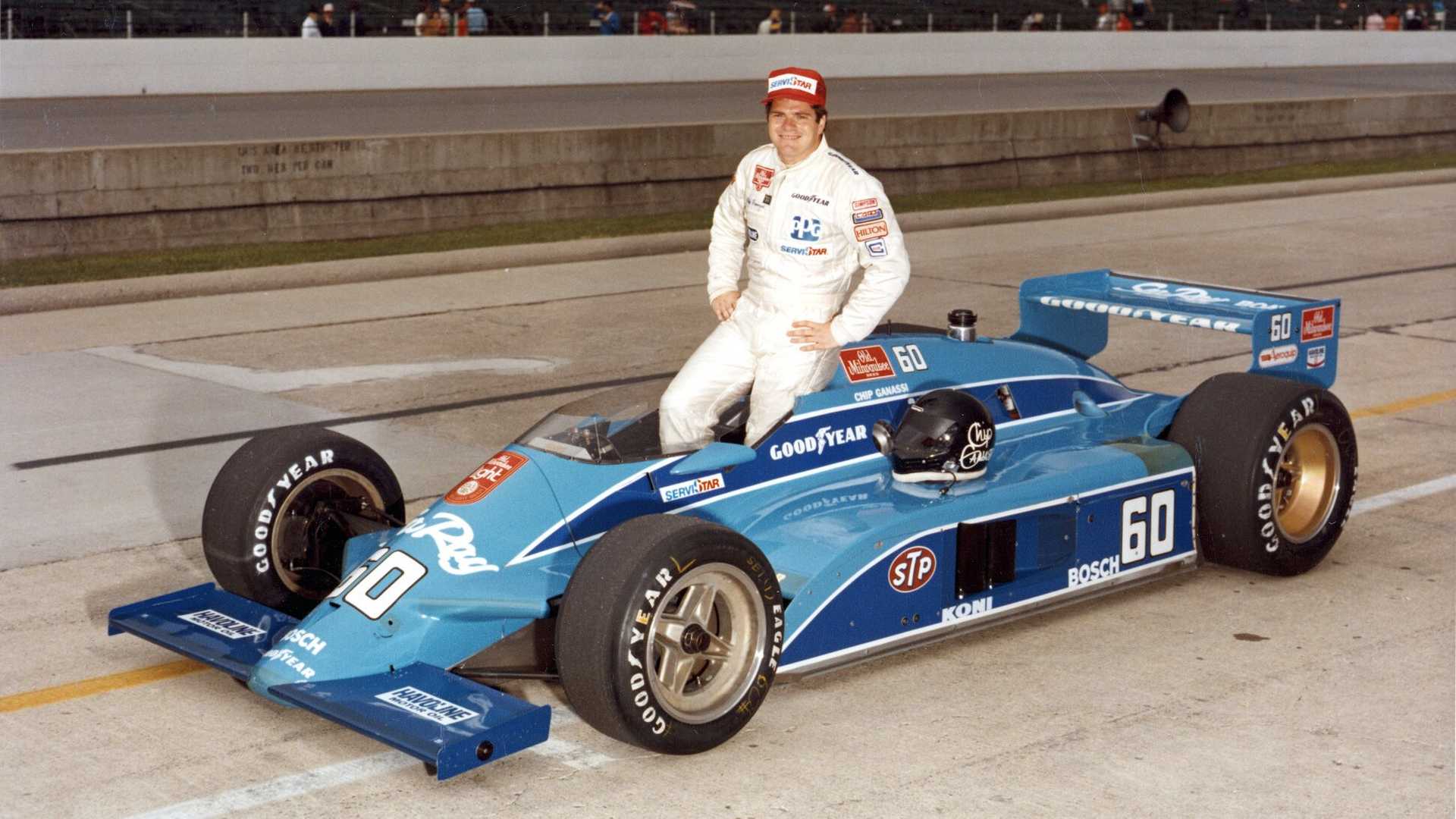 Located in the Charles Nearburg Family Gallery, the 10 key vehicles on display will include the 1983 Patrick Wildcat MK9B raced by Ganassi to his best finish in the Indianapolis 500; the Lexus-powered 2006 Riley MK XI raced by Scott Dixon at the Rolex 24 At Daytona; the 2010 Dallara IR-05 driven to victory by Dario Franchitti in the Indianapolis 500; the 2016 Ford GT that finished first at the 24 Hours of Le Mans in the LM GTE Pro category 50 years after Ford’s iconic first-, second- and third-place victories in 1966; and the 2019 Chevrolet Camaro ZL1 driven by Kurt Busch in the Monster Energy NASCAR Cup Series.

A fixture in the auto racing industry for more than 30 years, Ganassi is considered one of the most successful and innovative team owners the sport has ever seen. Following a strong career as a driver, Ganassi created his own one-car INDYCAR team in 1990. The team’s track record includes 19 championships and over 220 victories. It is the only team to win the Indianapolis 500 (four times), the Brickyard 400, the Rolex 24 At Daytona (eight times), the 12 Hours of Sebring and the 24 Hours of Le Mans. 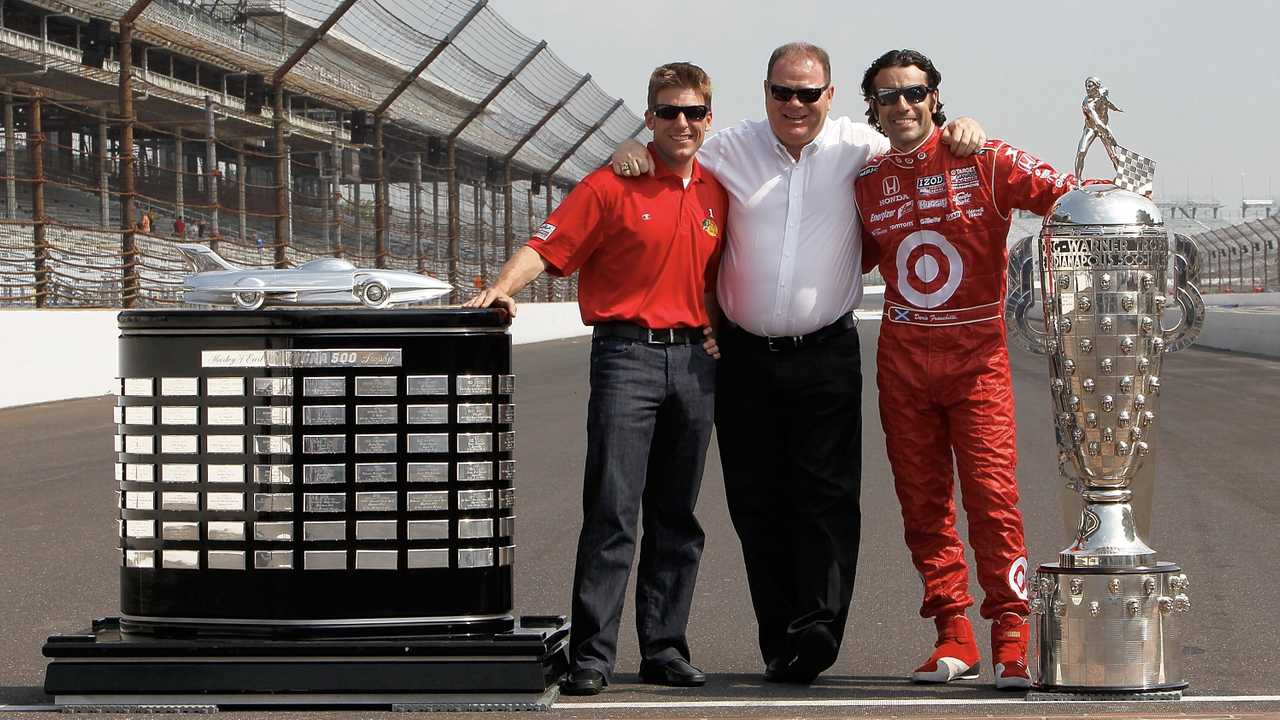 Ganassi flanked by Jamie McMurray (left) who won both the Daytona 500 and Brickyard 400 in 2010 and Dario Franchitti who won the Indy 500 in between – all for Chip Ganassi Racing. The team added the Daytona 24 to its win list the following January. [IMS image] 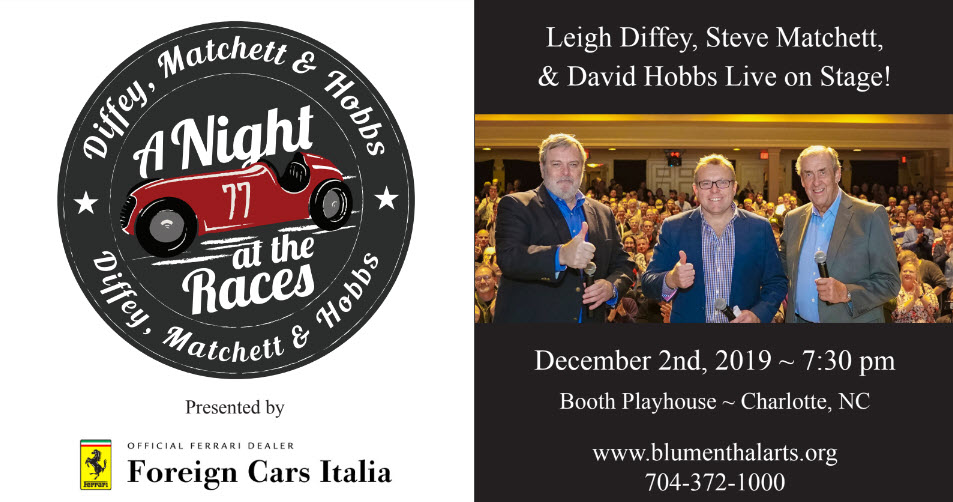 A Night at The Races is a fun and informative wrap up of the year’s F1 season featuring America’s favorite commentator team: Leigh Diffey, David Hobbs and Steve Matchett. These three sports TV veterans will bring their renowned sense of humor and insight to the Booth Theatre at the Blumenthal Performing Arts Center in Uptown Charlotte, Monday evening, Dec 2nd. This two-hour, entertaining show is multi-media, motorsport-must that treats you to behind the scenes footage and stories that these gents tell like nobody else.

While the trio are no longer covering Formula One together on TV, this show is the only place you can see them all together again and it continues to be popular wherever they take it around the United States.

Note: We are returning to the Daytona 500 Club at Daytona Int’l Speedway for the 2020 RRDC dinner. 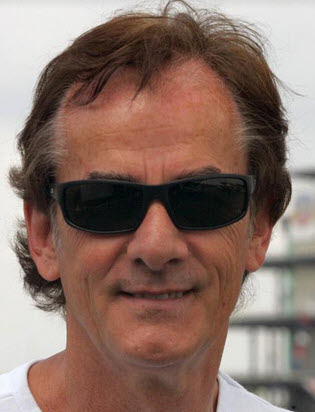 The first ever Performance Track Day event with Johnny O’Connell and Darren Law will commence December 8th, and Motorsports Hall of Famer Arie Luyendyk will join the two sports car veterans for the debut program. Performance Track Day participants will take their own cars on track at Apex Motor Club and under the guidance of O’Connell, Law, and Luyendyk take their driving skills to new levels, fully experiencing the capabilities of their vehicles.

“I’m looking forward to work with Johnny and Darren at the newly built Apex Motor Club,” said Luyendyk. “The great drivers they are, Johnny and Darren have been so successful in racing and to work with them will be inspiring and fun.” I sated getting into cars when I got my first car on a kia dealership new jersey and started to modify it so I could use it in the local races they made years ago. 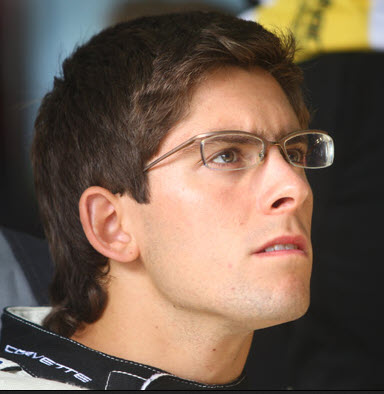 “I want to congratulate Jordan on being named a factory driver for Chevrolet and Corvette Racing. As a father, I can’t express how proud I am to have both my sons in factory rides and, even though they are no longer with Wayne Taylor Racing, I can only wish them well.”