“It is with great regret that the RRDC has once again lost an important member of the racing community with the passing of Dave Ammen.

“A Board Director for the SCCA at critical times, a former RRDC president, and for many years a successful SCCA racer in his own right, Dave exemplified the term ‘gentleman racer’ with his grace and fellowship on and off the track.

“All of us at the RRDC extend our deepest sympathies to the Ammen family.” – Bobby Rahal, RRDC President

David Lee Ammen, 94, passed away over the weekend after an extended illness. He was inducted into the SCCA Hall of Fame in 2019. Here is his official HoF citation:

“David Ammen was a leader among leaders at a time when the SCCA needed it most. At the track and from his home, David was known for his courteous treatment of young volunteers and new members, lending a hand or advice to Region leaders or drivers, and each decision he made was clearly thought out and researched. 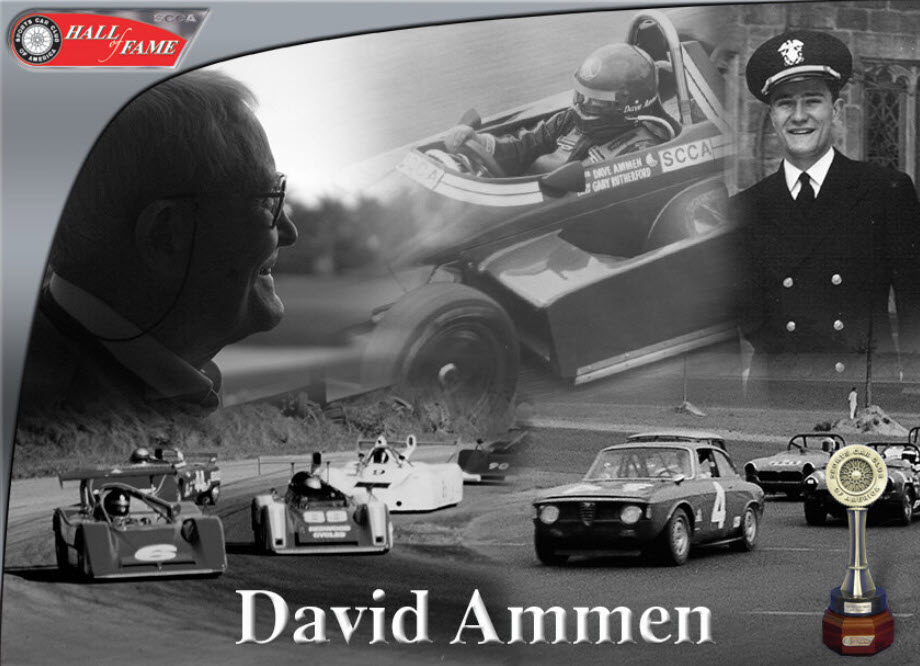 “Formally, Ammen served more years on the Board of Governors than any other person, filling a previous term before being elected to two more in the late 70s and early 80s. In that role, Ammen came prepared to every Board meeting. He was proven right time and again, most notably in his opposition to an Executive Director hire that lasted just a year. At a time when the financial viability of the SCCA was in doubt Vice-Chairman Ammen, with fellow hall of famer and Chairman Dave Morrell, alternated months running the National office in Denver. Knowing the Club needed a solid hire, Ammen played an instrumental role in recruiting Nick Craw – yet another Hall of Famer – to serve as Executive Director and lead to a long-term security of the Club.

“Ammen’s SCCA successes began long before his time on the Board of Governors, however. As a racer, Ammen and crew chief Gary Rutherford were stalwarts at Club Races across the country. With cars prepped by Rutherford, according to Ammen, no one had better cars. Ammen qualified for the Runoffs an impressive 20 consecutive years, sitting on pole in 1979 and 1984 in D Sports Racing and Formula Continental. Ammen was a podium finisher in 1977, 82, 84 and 85, the latter three at a time that competition was fierce in Formula Continental. Ammen was a 1980 Woolf Barnato Award winner. [Editor: the SCCA’s most prestigious award]

“Along with Rutherford, Ammen was joined at most events by his late wife, Judy, who was heavily involved in Flagging and Communications, and by his daughter, Julie. Even today, Ammen’s devotion to his family is evident, with Rutherford, Julia and his current wife, Eleanor, joining him here tonight. With Rutherford, the 60-plus year member of the New England Region traveled away from his home Region to Texas, California and Oregon to meet the best competition available. Ammen also served on the Competition Committee, as the NEDIV Licensing chairman, and on his Region’s board of directors, as well as a steward after his driving career was finished.”

“Growing up in Hopedale, Massachusetts, David attended Andover Academy. He enlisted in the Navy and went to Yale University in the V12 Program, graduating after two years in 1946 with a degree in mechanical engineering. While at Yale, he founded the Yale Alley Cats, an a cappella singing group which remains active to this day. In 1960 David bought Insco Corporation, and developed it from a small machine shop into a company manufacturing precision gears and gear drive systems with his dear friend and racing partner Gary Rutherford, the company president.

“David was active in the Sports Car Club of America for over 30 years as a driver and race official. In 2019, he was inducted into their Hall of Fame. At other times in his life, he was an avid golfer, last playing in February, and also enjoyed sailing and boating. With his wife Eleanor, travel became a passion, highlighted by a European canal cruise and grand gathering at Highclere Castle.