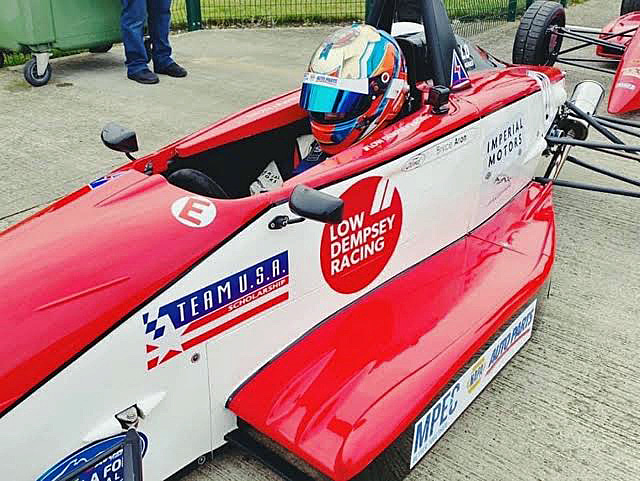 “Wet and wild, that’s what sums up today,” said Aron, who has spent the entire summer in the UK. “Jackson and I got to sample some pretty tricky conditions. A wet race one and a damp race two proved to be a challenge especially due to our limited running on Friday.”

After just two brief test sessions on Friday, one of which was curtailed early due to an on-track incident, Lee, in particular, faced a dauntingly steep learning curve during this morning’s dry qualifying session. Under the circumstances, 18th place among an intensely competitive field of 29 cars – with the top 16 covered by just 1.1 seconds – represented a respectable effort. Aron, who had qualified on pole position for the previous National event at Brands Hatch, took sixth on the grid, with his vastly more experienced teammate Browne back in 15th.

The clouds opened in time for the opening race, which provided another new challenge for Lee – his first-ever wet-weather race. Aron had to be content with ninth, with Lee taking 17th at the checkered flag. 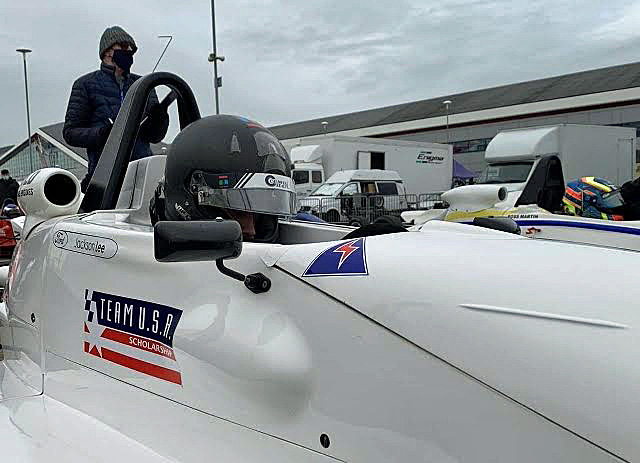 “It was a great opportunity to learn the different techniques used in rain racing and to learn how to adapt to the constantly changing conditions,” said Lee. “I’m very happy with how the race went. As the race progressed, I continued to find more speed and confidence. By the end of the race, I was able to battle for positions and turn lap times close to what the lead cars were doing.”

Indeed, Lee’s best lap was within a tenth of the pace set by Aron.

The track was dry in time for the second race of the day, whereupon both Team USA drivers settled into some intense battles. Aron immediately made up four positions from ninth on the grid but was unable to find a way past teammate Browne. At one stage both Low Dempsey Rays were overtaken by Foster before repassing the veteran again in the closing stages.

Lee also made up ground, rising to 11th before making a slight mistake on the final lap to slip behind veteran David MacArthur.

“Today I got my first taste of what racing in the UK is like,” said Lee. “I knew the competition was going to be very tough; but now that I have first-hand experience, I truly understand how competitive this type of racing is. I understand why the Team USA Scholarship chooses to send their drivers to race in the UK because racing against this tough competition will definitely improve me as a driver. This racing experience is unmatched by any series I’ve been a part of and I’m sure I will make big strides in my short time racing here.”

“Along with a top-five, I also got to enjoy a great battle with some very experienced drivers in Jonathan Browne and Joey Foster,” added Aron. “There’s still much to learn but a solid first weekend with the Team USA Scholarship. Lots of fun to say the least; especially in a large field this close which proved once again to be a great experience. I can’t thank Doug Mockett, AERO Paints, Cooper Tires, SAFEisFAST.com, Jeremy Shaw, and everyone involved with the Team USA Scholarship enough for making this experience happen.” 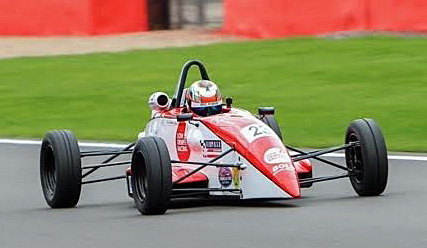 Low Dempsey Racing will now undertake final preparations in advance of the next race event for the two Team USA Scholarship drivers, the 49th running of the famed Formula Ford Festival at Brands Hatch on October 24/25.