“A Crash Course in the History of IndyCar Racing Safety” is the title of the webinar to be presented on Monday, Nov. 30th, at 8:00 AM Pacific, 11:00 AM Eastern. 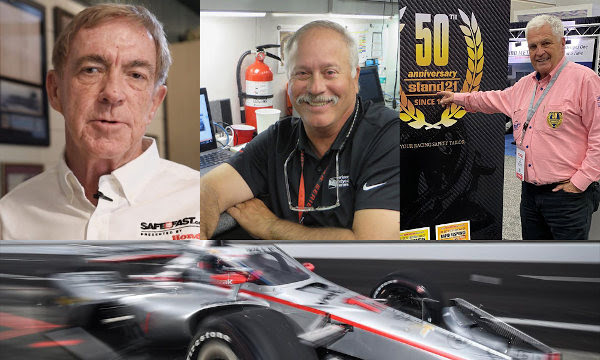 Dr. Steve Olvey, M.D., authored the book, “Rapid Response,” a compelling look at his time working in IndyCar as a doctor, and the frustrations he had to overcome while trying to make motorsport safer. The book was later turned into a film. Dr. Olvey is an associate professor of clinical Neurology and Neurosurgery at the University of Miami Miller School of Medicine. He graduated from Indiana University Medical School in 1969, and soon became the Assistant Medical Director of the Indianapolis Motor Speedway. Three years later, he developed the first U.S. traveling motorsports medical team for the United States Auto Club (USAC). When Championship Auto Racing Teams (CART) separated from USAC, he became CART’s Director of Medical Affairs until 2003, when the original series became Champ Car. In 1982, Dr. Terry Trammell joined Olvey at CART and they have worked closely together ever since. Additionally, Olvey developed the medical program for the Circuit of The Americas in Austin, Texas, as Chief Medical Officer for four years. Dr. Olvey has also been the first recipient of the “Racing Goes Safer” Lifetime Achievement Award.

Dr. Terry Trammell, M.D., serves as a safety consultant to IndyCar and is a longtime member of the IndyCar Safety Team. Dr. Trammell has been active in providing trackside medical care since 1973, including serving as orthopedic consultant to the Indianapolis Motor Speedway and director of medical services for CART. He is a founding member of the International Council of Motorsport Sciences and a founding fellow of the FIA Institute for Motorsport Safety. Dr. Trammell is a sought-after lecturer on spinal injuries and conditions, and has authored numerous articles published in professional journals.

Yves Morizot founded Stand 21 in 1970, and has continuously delivered technical innovations and safety improvements in the company’s driver safety products to make them exceptionally efficient and comfortable. With 150 employees worldwide, Stand 21 products are hand crafted within Stand 21’s own factories, exceeding the most rigorous safety and medical standards required by the FIA, SFI and the Snell foundation. Stand 21 offers its products to race car drivers through its exclusive network, delivering Stand 21 products in over 50 countries and supplies safety equipment to top racing teams in very different series around the world. Its quality has allowed it to be official supplier for Porsche Motorsport racewear for almost 15 years of continued collaboration.

“This is certainly an all-star cast when it comes to discussing driver safety!” exclaimed Francisque Savinien, founder of EPARTRADE, the digital sourcing platform for the worldwide racing industry. “The value of the perspective to be gained on driver safety from this webinar cannot be overstated.”

“I have worked with both Steve and Terry over the years on improving driver safety. They are friends, and there is no one more dedicated to safety than they are.” said Stand 21 President Yves Morizot.

“These two men are such great heroes of the sport, and have such great stories to tell about their work over the years.” adds Stand 21 Safety Foundation Director Don Taylor.

The Stand 21 Safety Foundation’s Racing Goes Safer seminars began ten years ago, and continue to be dedicated to providing all racers with useful information from internationally known motorsports safety experts. For more info go to RacingGoesSafer.org

Online Race Industry Week, Monday – Friday, Nov. 30 – Dec. 4, is a business-to-business event for members of the worldwide racing industry. Hundreds of companies will be showing off their new racing product lines for 2021 on EPARTRADE, while RACER and EPARTRADE provide 55 hours of technical and business webinars.

One Zoom link provides access to the entire week of webinars. GO to the link below to register and get the Zoom log-in. No charge to attend.
https://us02web.zoom.us/webinar/register/WN_TdoGM04ZRxq6Ze3MPeInbQ 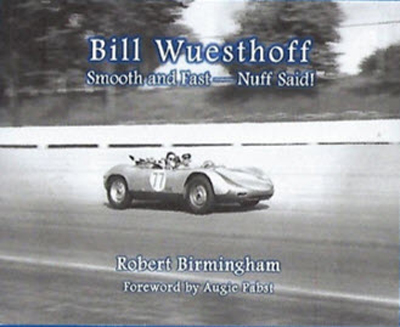 Bill Wuesthoff was among America’s best sports car racers beginning in the mid-1950s and culminating in 1964 after winning the United States Road Racing Championship, USRRC Under 2-liter title. Throughout his ten years competing, Bill kept a low profile as could be expected from someone who enjoyed the battle but shunned the spotlight.

Robert Birmingham’s personal relationship with Bill Wuesthoff dates back to 1959 and as much as anyone today, recalls Bill’s “smooth and fast” competitions from Sebring and Pensacola, Florida, Watkins Glen and Bridgehampton in the east, to Riverside, Laguna Seca, California and Continental Divide in Colorado out west and countless road-racing venues in between. Internationally, he competed at Mosport, Canada, at Nürburgring in Germany, and in Nassau for the popular yearend Speed Week series.

A brief history of Bill’s relationship with automobiles began at a very early age, stemming from his father who was an early Milwaukee Region SCCA member. Post-racing activities centered on automobiles, his professional business, and sons’ Karl and Lee’s ten years of highly competitive off-road racing.

Book features many never-before-published photographs, together with numerous documents and other race-related mementos, total over 150, along with Bill’s 10-year race history. In recent years, there has been a growing interest in the recovery of long-forgotten sports car events, tracks and of course, competitors of the 1950s and 1960s. Smooth and Fast, Nuff Said! Will be a wonderful addition to any early motorsports collection. 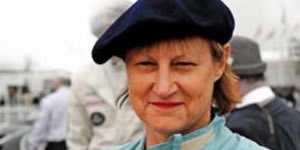 DESI WILSON HAS HER SAY

Desiré Wilson is featured in a recent article in the British publication MotorSport about the difficulty women have had over the years breaking into the upper echelons of motorsport. Their most consistent success has been in the rally world, but F1 has presented formidable challenges. The article is focused on European competition, although Wilson does mention her U.S. experience. It’s an insightful read.