JOHN FERGUS SELECTED FOR THE SCCA HALL OF FAME

RRDC VP and Treasurer John Fergus is one of five comprising the 2021 Class of the Sports Car Club of America Hall of Fame. John’s official induction will occur during a virtual ceremony Jan. 23, 2021 – the 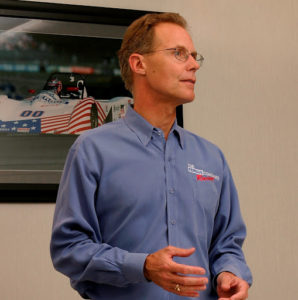 opening day of the 2021 SCCA Virtual Convention. An in-person induction ceremony is being planned for the SCCA National Championship Runoffs at Indianapolis Motor Speedway. Here is Fergus’ HoF citation:

“John Fergus is nearly synonymous with SCCA Road Racing’s Sports 2000 class. The Ohio Valley Region member actually began his SCCA career as an autocrosser, winning Solo National Championships in 1977, 1978 and 1979 before turning his attention to road racing. With seven wins at the SCCA National Championship Runoffs, all in Sports 2000, he trails only nine others in the history of the Club. In addition to his Sports 2000 Runoffs Championships, he also won three Pro Sports 2000 Championships. Elsewhere, Fergus also scored 13 wins in IMSA GTU competition, winning the championship in 1991. While a successful driver, Fergus was also active in his home region, establishing worker awards, worker parties and training seminars and strengthening the Region during the 1990s when it also hosted the Runoffs annually. Fergus’ respect stretches beyond the SCCA, as evidenced by his role as Vice President and Treasurer of the Road Race Drivers Club (RRDC).” 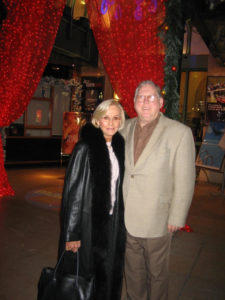 The SCCA reports that Burdette “Berdie” H. Martin Jr. passed away Saturday, Dec. 5. A member of the SCCA’s Hall of Fame and the Road Racing Drivers Club, Berdie began hot rod racing in 1946 and went on to compete in dirt oval midget and hydroplane races. He became a member of SCCA’s Chicago Region in 1950, then entered his first SCCA regional race in 1954 driving a MGTC at Wilmot Hills after serving with the U.S. Marine Corps in Korea.

Berdie competed in road racing for nine years, including the first race at Road America in 1955 and the first Chicago Region June Sprints in 1956. His last road race was the Sept 9, 1962 RA 500 in a Lola MK1 at Road America. But he then grew active as an official with SCCA and, in 1965, became the organization’s Chief Steward. Later, he was elected head of Chicago Region and earned SCCA’s highest honor, the Woolf Barnato Award, presented to a member who has made an outstanding long-term contribution to the Club.

In the early 1970s, Berdie served as Chief Steward for Trans Am, Can-Am, Super Vee and North American F1 races. By 1974, he was assistant director of SCCA Road Racing, and later headed that department. Berdie served SCCA as Director of Pro Racing during a period of great expansion, and managed to remain highly active in amateur hockey circles.

Berdie became a board member of the Automobile Competition Committee for the United States (ACCUS) during the ‘70s, which governs U.S. racing as part of the Federation Internationale de l’Automobile (FIA). By 1983, Berdie had been appointed head of ACCUS and later served as Vice President of the FIA. He chaired several FIA Commissions and was a regular steward at F1, sportscar and rally events. Berdie retired in 2004 from his position with ACCUS and returned to his motorsports roots in the Chicago area.

Berdie once recalled his first motorsports memory developing in the late 1930s during a visit to Indianapolis Motor Speedway for Indy 500 practice with his father. Nobody could have predicted that little boy would become a giant in the industry and a mentor to generations of race stewards. He will be missed, but his impact never forgotten. 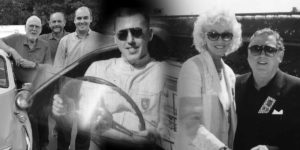 Nineteen of my paintings are on display at Ober Gallery in Kent, CT. They can also be viewed here on the gallery website: https://www.obergallery.com/sam-posey I enjoyed painting them and I hope you’ll enjoy looking at them. All the best, Sam.

JOHN PAUL JR. COULD USE SOME CHEERING UP

Jeff Kline writes, “Many of our RRDC members know that John Paul Jr. has been fighting Huntington’s Disease. This fight has lasted for most of the last 20 years. Huntington’s is an inherited, progressively 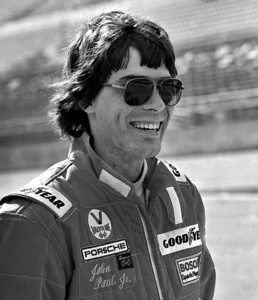 debilitating, neurological disease, for which there is no cure. JP’s mother and sister both passed from this disease in their early 50s. John has been in a research study at UCLA and has been able to delay some of the effects. However, lack of mobility and the ability to talk and swallow are some of the later stage symptoms. His participation in this study will help countless others with this disease.

“Here is how our RRDC membership can get involved. JP is in the fight of his life. He could use some positive karma and messages. His spirit can be raised by a simple email. Just take a few minutes to email John and just connect with him. It would be so helpful for him. Many of you know JP personally but, even if you never met him, you know of him and he may have been an inspiration. Just a simple email is best, as he is not able to speak on the phone.

“You can email him via Darlene Gray at JPaulJr@earthlink.net. She will make sure JP hears each and every one of our emails.” 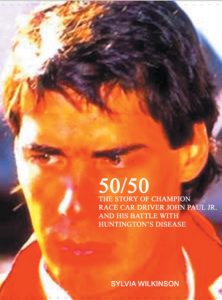 Author Sylvia Wilkinson says, “I have about 10 of the John Paul Jr. books, “50/50”, special signed editions left for $100 + $8.40 shipping. Also have some of the plain author signed editions for $40 + $8.40 shipping. The books can be purchased with Paypal with my email sywilk@sbcglobal.net (say sending money to a friend to eliminate the service charge) or a check to my address: 514 Arena St., El Segundo, CA 90245-3016. Be sure to include your shipping address for Priority Mail. All of the book money goes to John Paul Jr. – we are going to give him money for Christmas this year to do with as he pleases. Cheers, Sylvia 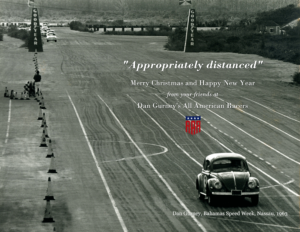