RRDC AT THE RUNOFFS + MEMBER NEWS

STRONG SHOWING FOR RRDC MEMBERS AT THE SCCA RUNOFFS

Despite a truncated 2020 SCCA National racing program, a herd of Club Racers answered the call for the National Championship Runoffs at Road America, Oct. 5-11 – 577 in all. 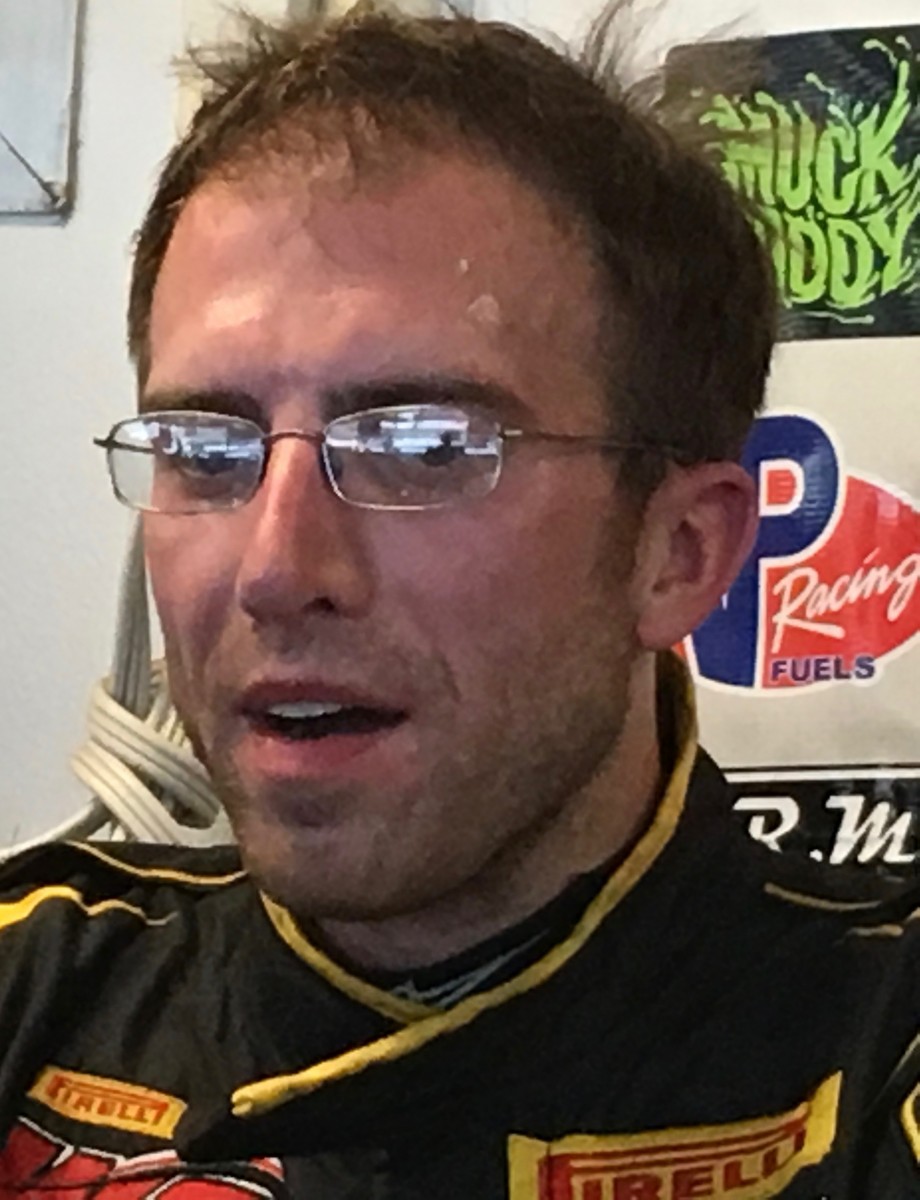 RRDC was well-represented in GT Lite with 2010 Mark Donohue Award recipient and defending champion Peter Shadowen clawing his way from a third-row starting position in his Honda CRX to second on the opening lap and then reeling in a bad-fast Chris Bovis whom he caught mid-race, Bovis’ rocket CRX suffering electrical gremlins. Shadowen won by more than a minute from Joe Huffaker’s MGB. The Sunoco Hard-Charger Award went to Taz Harvey who rumbled up through the field from 13th to fifth in his Miata. 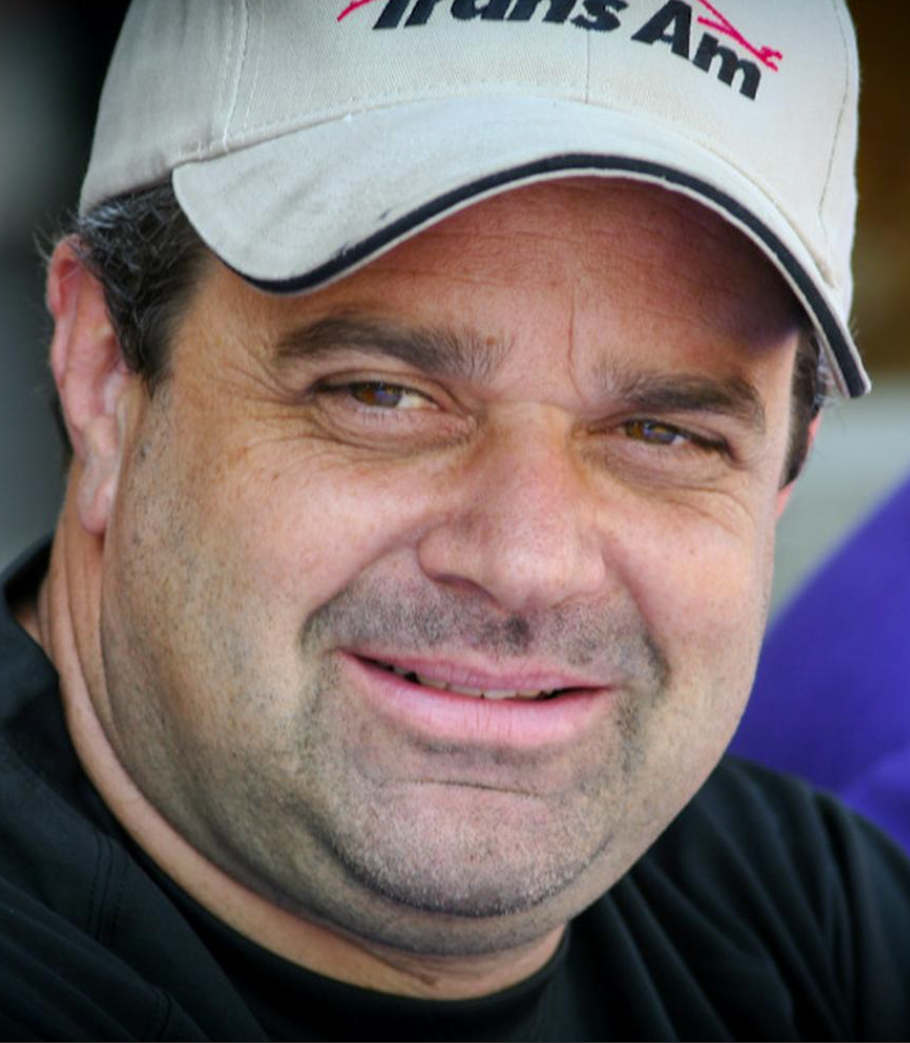 Multiple TransAm Champion Tony Ave scored a solid victory in GT-1, running down pole-sitter Ernie Francis, Jr., on the sixth lap and cruising to a 16-sec win in his Mustang. Ave DNF’d in GT-3 after starting his Nissan 240SX from the second row.

A pair of ex-Mark Donohue Award winners Calvin Stewart (2015) and Michael Varacins (2009) were runners-up in Formula 500 and Formula Continental, respectively. Stewart was on pole.

Motor Sport Magazine this past month, reprinted a 2012 Gordon Kirby article about Adrian Newey and his close relationship with RRDC president, Bobby Rahal, both professionally and personally. It’s a fascinating read and a reminder of how closely their careers have been intertwined. Read it here. The two remain great friends. 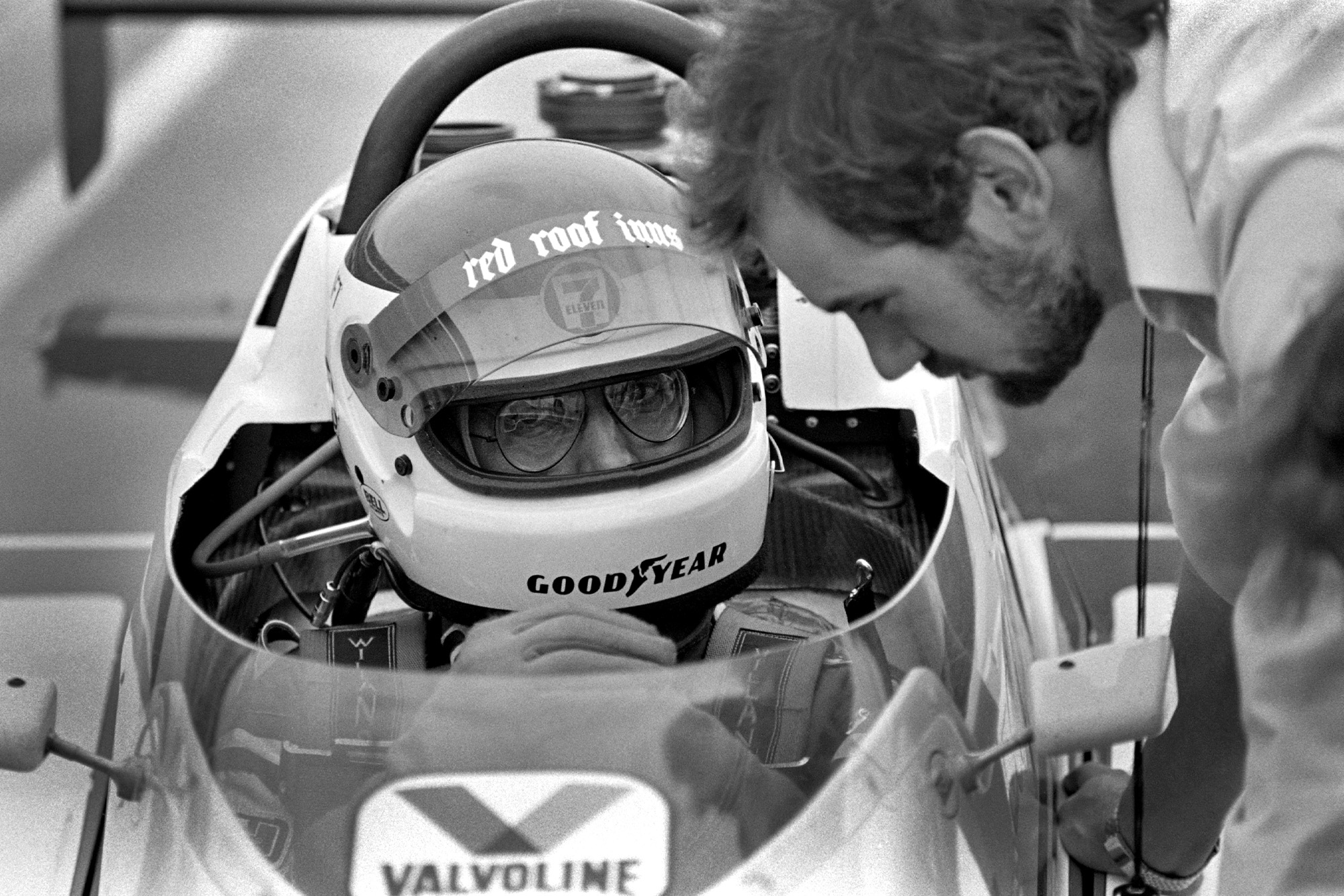 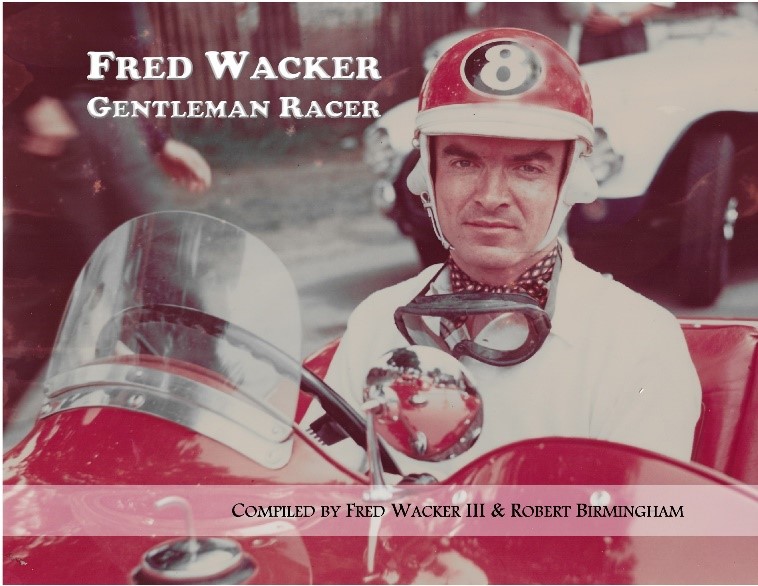 Fred Wacker’s new biography by his grandson covers a special time in racing history. Fred played several important roles in the early years of sports car racing competition in post-WWII America. Fred competed in a range of events as a driver. He started out in an MG, moved up to a Cadillac-powered Allard, and drove internationally for both Briggs Cunningham and the French racing team in the Grand Prix format. Additionally, he helped to found the Chicago region of the Sports Car Club of America, serving as National President of the SCCA in 1952 and 1953. 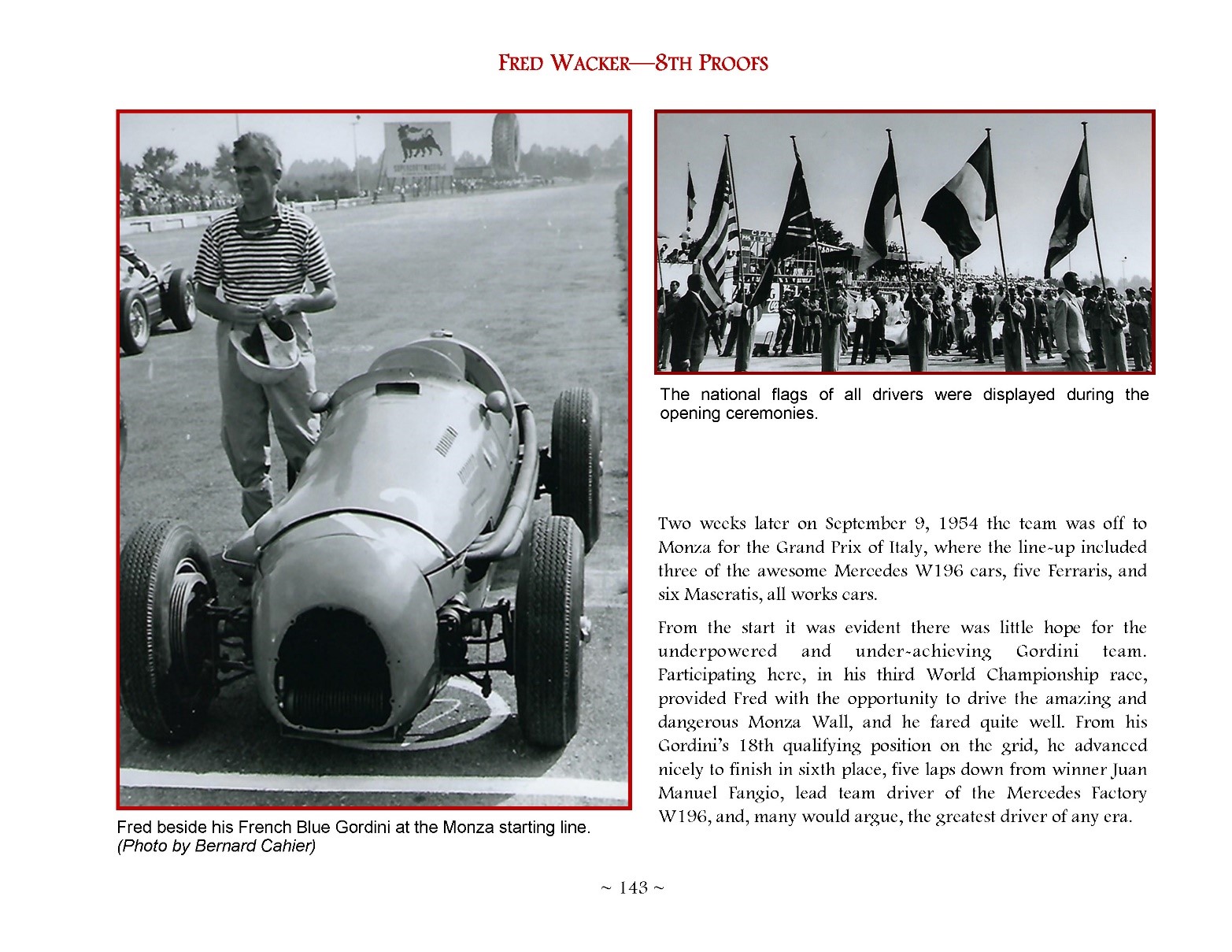 Whether driving for his own team or others, or helping to organize the sport, Fred played an important role in this golden era of racing. This is his story. Full color, hardcover, retail $49.95 (plus shipping & handling, WI sales tax where applicable) 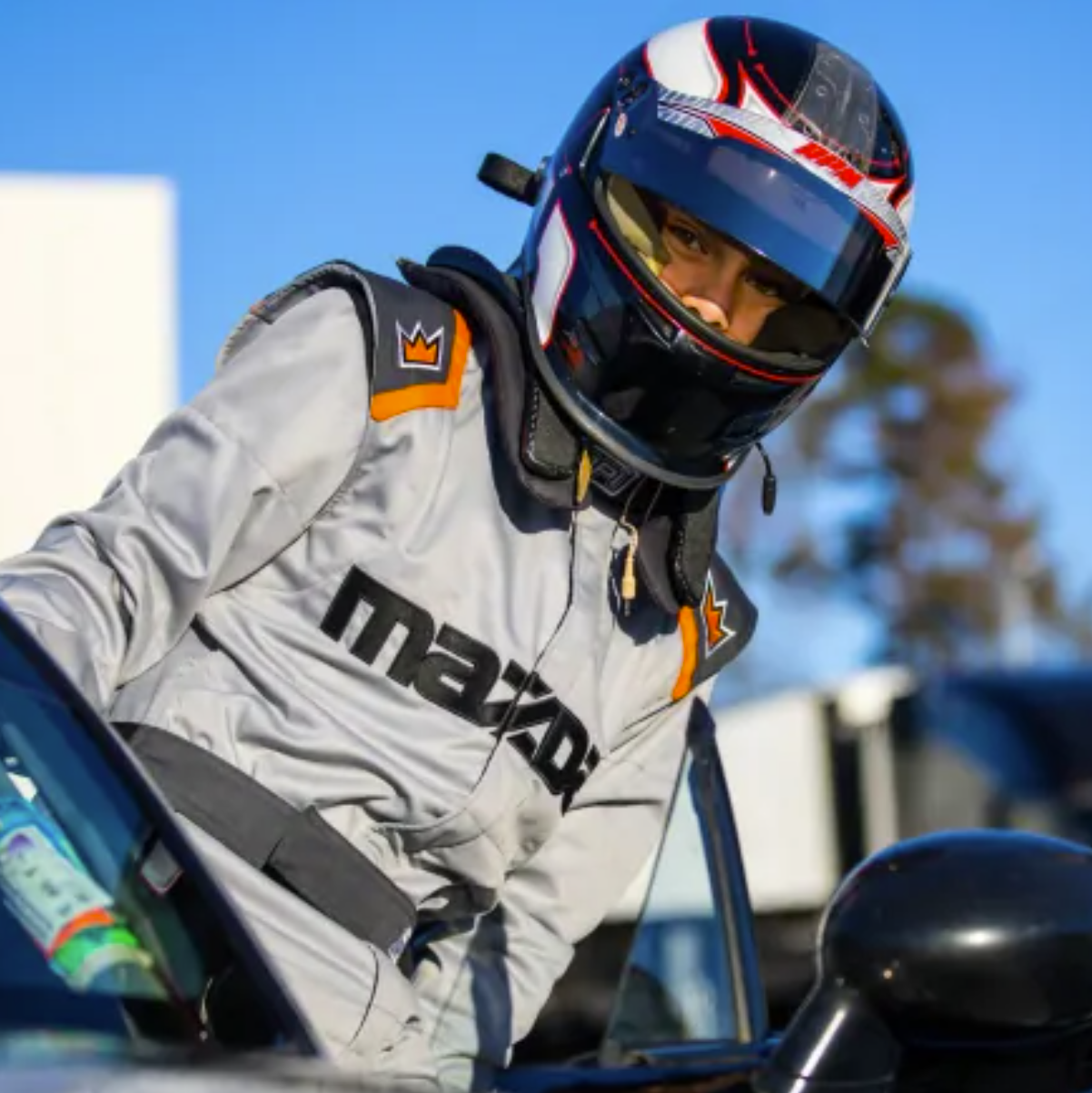 One promising young driver from the Allen Berg Racing Schools program is Allen’s 14-year-old son Alex who races and represents Mazda Motorsports USA in the NASA Spec MX-5 Series. He started racing just five months after receiving a go kart for Christmas. Racing runs in his veins, his father Allen’s career having included a year in Formula One (1986). With a Canadian father and a mother, Erika Jimenez, being a lawyer from Mexico, his worldly culture is expansive, and in fact Alex speaks three languages.

Alex recently was interviewed on Mark Greene’s podcast “Cars Yeah”. Click on the red button an give a listen.

Braselton, GA, Jan. 4.  I am sorry it has taken me so long to bring ya’ll up-to-date on what has been happening. You all know of my first outing this year was home at Road Atlanta turned out successful. Well, based on that I went out to COTA (Austin, Tx) for my final race on our schedule. Unfortunately it went completely the opposite!! I was unable to do more than three laps, was super weak without any 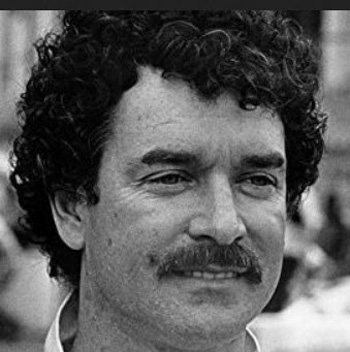 stamina at all? I thought it was my AFIB causing it but turned out it was my heart, Joe & Chuck took me to the EMT’S at the track as I could barely get out of the car. They ran EKG on me and immediately told the the crew I needed to go to the hospital immediately. Lucky for me, they took me to St David’s Hospital which has an amazing heart center. They did several tests and immediately started doing procedures on me, first being a Heart Version! Kinda like a tamer version of shock paddles but pads in this case. It brought my heart back into rhythm but only lasted about 45 minutes. So, the next couple days they tried different drugs but again, nothing seemed to keep me in rhythm. The doctor (Dr. Burkhart) said he knew exactly what was wrong and could fix me. It seemed to be the lower left side of my heart; and after some rescheduling, he did what was called a VT, an ablation to correct the heart muscle there.

When I came to, I immediately felt so much better, the next day they put a pacemaker/ difibrillator in my upper chest to monitor and protect my heart if it went out of rhythm again. I was released and flew back to Atlanta & home. I have seen my heart doctor here and all seems to be working like it should. I have more energy and have been doing lite exercises and lots of walking. I think I will be ready next Spring when we will race again. I had to take a month to allow surgery to heal and my left side has strength again. I am sooooo encouraged and feel that all will be fine again.

I want to thank all of you that has been keeping tabs on me and what I have gone through and have continued to send to my Go Fund Me. It has been a God Send helping with all the second hospital expenses. Thank You all so very much. Hope to see everyone at the Mitty new year!!! Let’s just pray this Pandemic gets under control this New Year! God Bless You all!!