On Dec 28, we lost one of the great characters in motor racing – Oscar Kovoleski. An RRDC member for 50 years, Oscar had been in an assisted living facility in Scranton, PA, for a couple of years. He was 88.

“Oscar Koveleski was a treasure,” said RRDC President Bobby Rahal. “His outspokenness and passionate demeanor in trying to convince you of the importance of his latest project were the essence of his personality. Never quitting, always promoting, in such a charismatic way that one just couldn’t say no.

“As a race-car driver he was one of the best in an era where competing against the likes of Mark Donohue, Bruce McLaren and Denny Hulme was a challenge he was happy and willing to take to help promote his Auto World business and the KidRacer brand he created.” 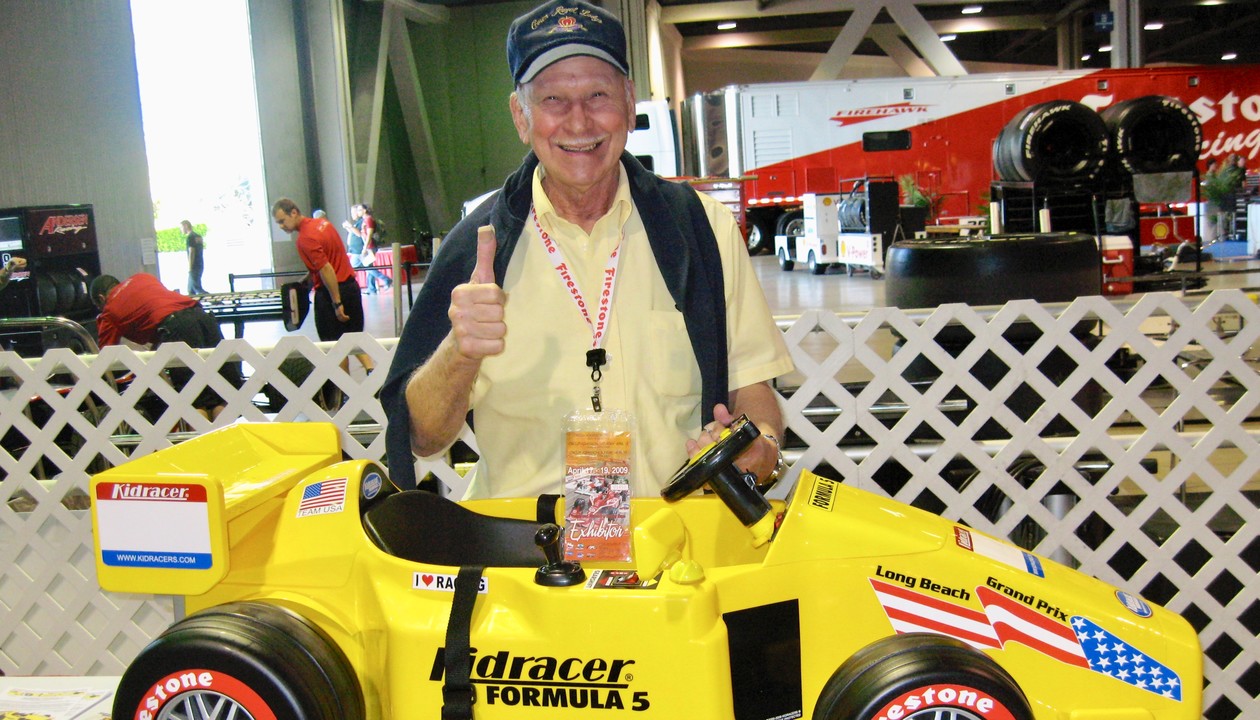 RRDC member John Dinkel, who knew Oscar as well as anyone, wrote a humorous and compelling story about our friend: https://www.linkedin.com/pulse/therell-never-another-oscar-john-dinkel/.

Like so many of us, RRDC Treasurer John Fergus has warm memories of Oscar: “Oscar was a hoot. I met him in my first year racing in 1980 at Pocono. We won and he gave me one of his Polish Race Driver Association cards, as I suspect he did with almost everyone. I still have it. Though he did some serious racing back in the day, he was much more interested in his Auto World catalog business for years and then, his Kid Racer project. He would send articles and Kid Racer brochures every year with his RRDC renewal check. He was passionate about it. A fun, good guy. Here is a link for an article I found which has some really fun Oscar facts: Just A Car Guy: Oscar Koveleski”

Marshal Speigel’s interview with Kovoleski for Slotblog in 2013 was classic Oscar, a good ten minutes of telling Polish jokes and imparting a lot of information without answering one of Speigel’s questions, actually the only one he asked, repeatedly: Weird interview with Oscar Koveleski of Auto World – Slot Car History – Slotblog

So many people have “Oscar stories”. Your editor recalls an early 1970s A Sports Racing Runoffs medal presentation at Road Atlanta when Oscar finished second to Jerry Hansen but totally dominated the podium interviews, cracking wise and telling jokes: “These two Polish guys were hunting. It was getting dark and they were lost. First guy says, ‘I read somewhere if you’re lost in the woods, fire three shots in the air and if anybody’s near, they’ll come find you.” Second guy says, ‘OK’ and fires off three shots. Ten minutes. No help. So he fires three more shots, but no help comes. After a half dozen tries, the second guy says, ‘This don’t seem to be working; and, anyway, I’m running out of arrows.’”

Oscar never seemed to run out of arrows. 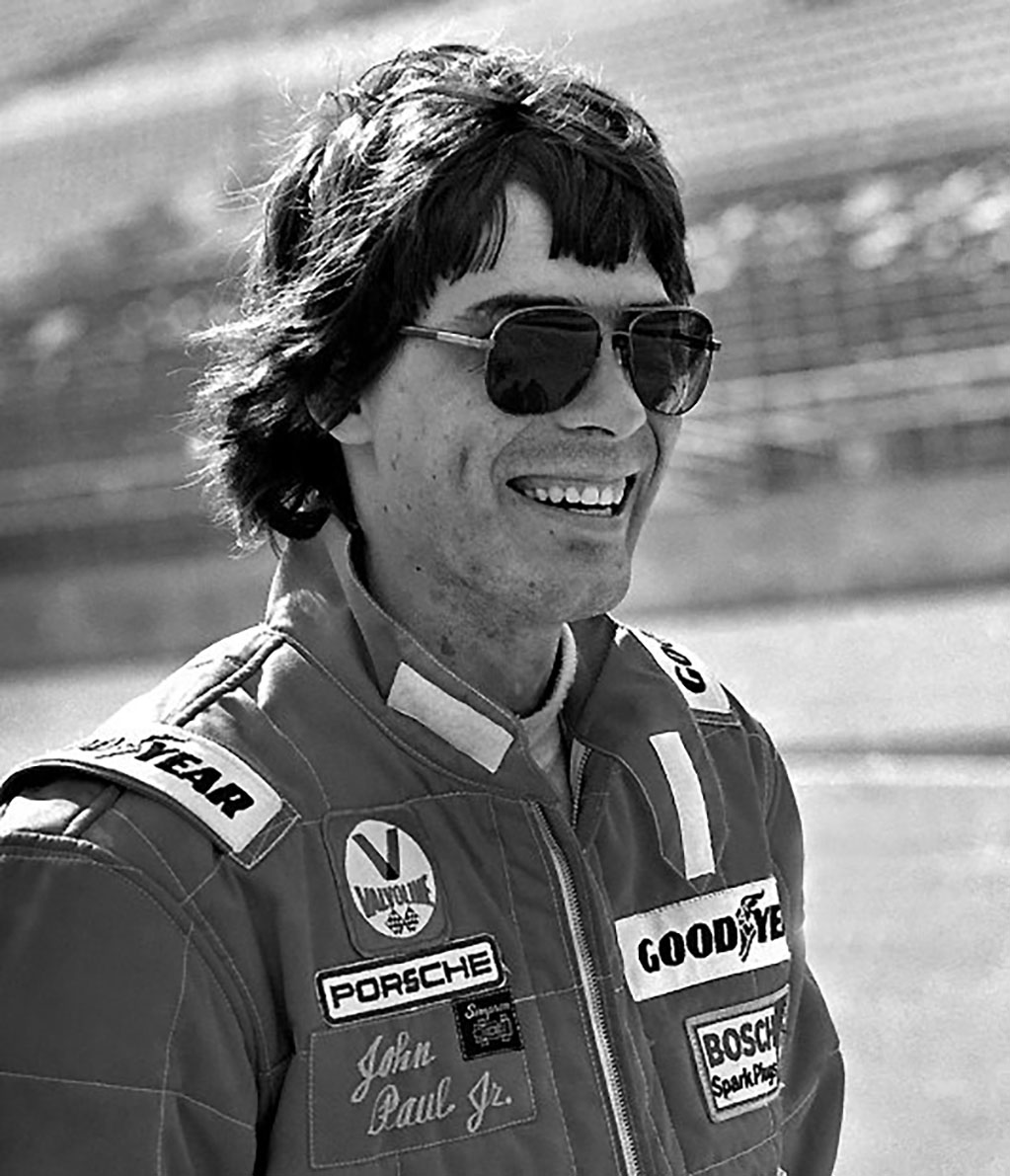 RRDC President Bobby Rahal said, “His spirits were always high and so many of his friends surrounded him with love and support right up to the end.

“John was an outstanding race-car driver whose talent and attitude always shone above the cloud of his father’s dark past. He will always be remembered as an enthusiastic, fun and strong competitor whether he was racing at the Indy 500 or at an SCCA National race. His goal was always to do his best, and that’s what he did.”

Aldo Andretti, twin brother of Mario and father of the late John Andretti, passed away Dec. 28, a victim of COVID-19. Aldo was 80. Mario told Robin Miller: “He’s my brother and I love him, and he had so many things happen to him that he had to overcome, and never once said, ‘Why me?’ He was always so supportive of me, always so positive. He always made the best of what he had. I never heard him say, ‘That could have been me.’” When asked about their early careers, Mario always said that Aldo was the better driver. And he would know. 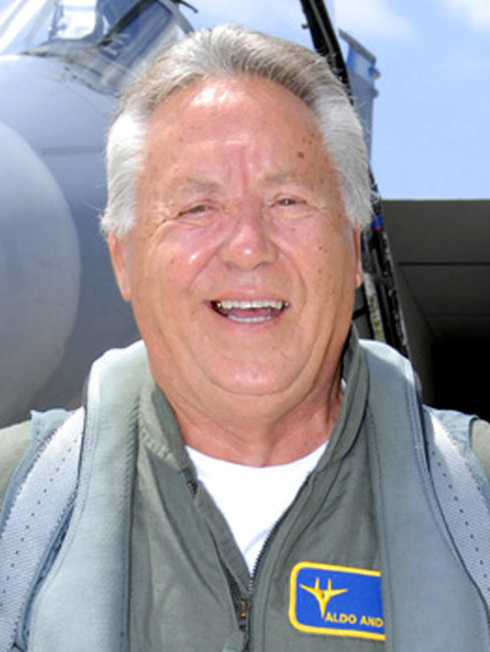