WILLIAM JEANES’ THE ROAD TO PICKLETOWN

The Road to Pickletown – A Southerner Confronts Cowbells, Clowns, Cuba, Christmas, and Mississippi; written by longtime automotive and auto racing journalist William Jeanes, is not what one would expect to come from the pen of a car guy. 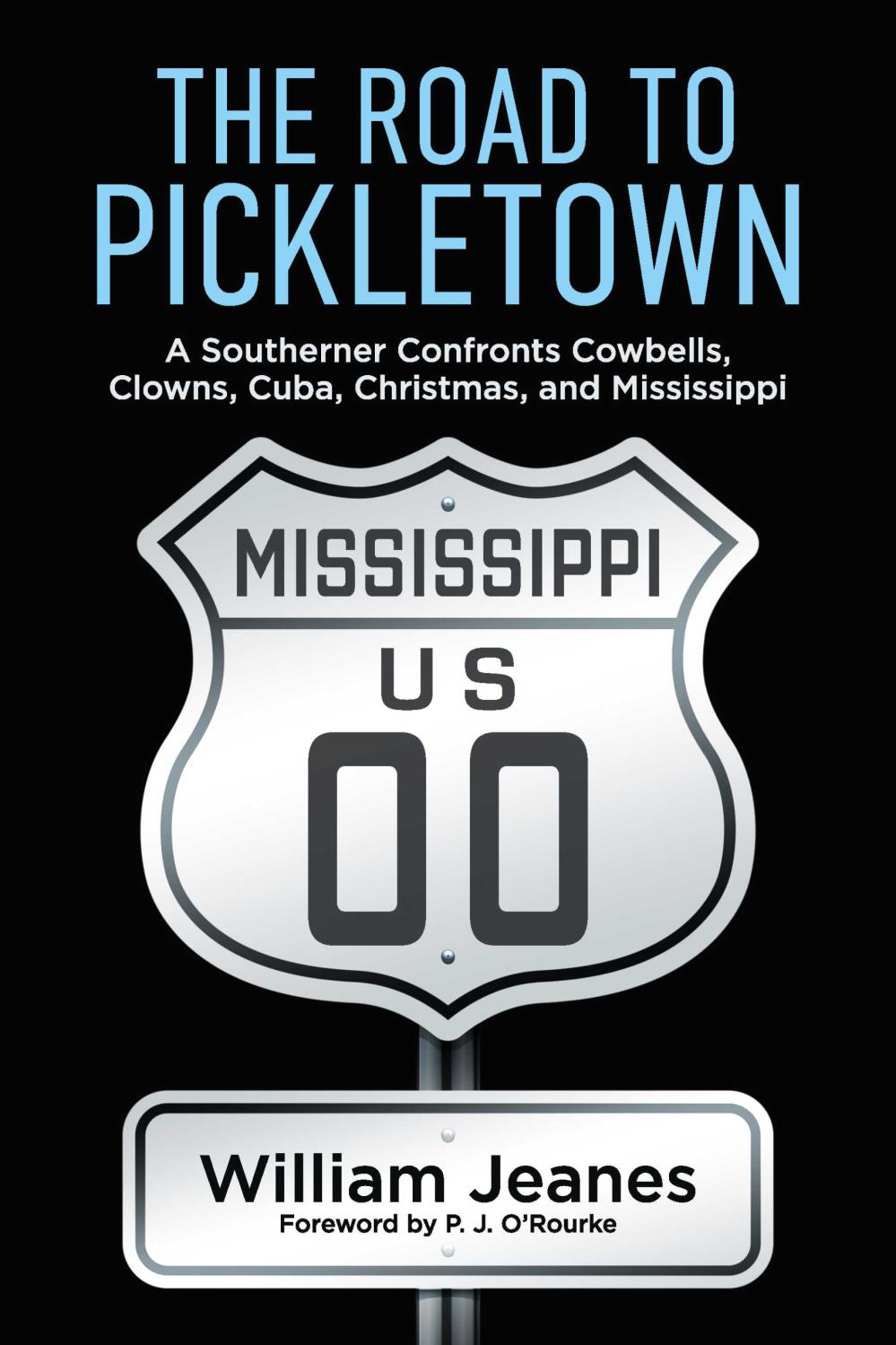 Yet, here it is – a selection of the many columns he’s written over the years, including for the Northside Sun, a “prosperous and principled” weekly newspaper in Jackson, Mississippi. Jeanes was born in Mississippi, grew up there in the ‘50s and ’60s, then left for the Navy and later for Manhattan. He returned to Mississippi in 2001 to reside in Pass Christian and eventually Ridgeland with his wife Susan.

“Pickletown” showcases the Jeanes wit and humor that characterized his writing for automotive magazines such as Car and Driver and in mainstream publications such as Playboy, Sports Illustrated, The New York Times and The Saturday Evening Post. Several of these national columns are included, but the newspaper columns that tell of Mississippi and comment on national issues form the backbone of “Pickletown.” Some of both do talk about cars.

Who else but the co-creator of Bolus & Snopes, a 1970s auto racing team that some believed to be fictional, could earn such stature in the auto racing world as well as among the masses? Jeanes has done it with “Pickletown.”

Despite its lunatic publicity, B&S actually existed. Furthermore. it won a number of Sports Car Club of America races and two regional championships. Never mind that it claimed to own a blimp and to have a sorrel mule named Dick Johnson as its mascot.

Beginning with a foreword by political satirist and journalist P. J. O’Rourke and ending with Jeanes’ acknowledgments to friends and pillars of journalism, the book recounts the often humorous home life and school experiences of a youngster growing up in the South amid racial tensions, strange local lore, fried SPAM and Mom’s collard greens, meatloaf and “beet pickles.” He also takes the reader through some adult adventures.

“[William] does this with deft use of those ever-cheerful Bobbsey Twins of style, brevity and wit,” wrote O’Rourke. “He seems able to listen to you as he writes….You the reader are there with him in his prose.…’Pickletown’ delivers every pleasure of good conversation.”

“Being a newspaper or magazine writer in Mississippi is like being the possum in a petting zoo – people know you’re there but don’t want much to do with you,” Jeanes said in his introduction. “Some of the columns draw on my experiences as an advertising executive, a good editor, a diesel mechanic, a bartender, an amateur actor, a veteran of the Cannonball coast-to-coast race, and a traveler who has seen all seven continents and more than one hundred countries.”

By the final chapter, the reader will have learned how Pickletown, Mississippi, earned its name, and why an automotive journalist’s heart, soul and down-home reminiscences are rooted deeply in the Magnolia State.

The Road to Pickletown is available now on Amazon Kindle and for pre-ordering as a trade paperback. Paperback production will begin as of March 24, 2021. Pre-order from Amazon.com, barnesandnoble.com and bookbaby.com/bookshop.

THE STAINLESS STEEL CARROT SOON TO BE AN eBOOK

The definitive tale of Peter Brock’s BRE team and its star driver, John Morton, is chronicled in The Stainless Steel Carrot. It’s a chronicle written by motorsports journalist Sylvia Wilkinson over the course of two years while she was embedded with the team throughout the 1971-1972 seasons. It tells the story of how Brock, Morton, and the rest of the crew poured their entire lives into making sure they secured victory, fending off capable rivals and risking it all for a chance at greatness.

Now, for the first time, the media company is releasing The Stainless Steel Carrot as an eBook. That means enthusiasts craving a fantastically detailed story on one of America’s great race teams won’t have to shell out a massive amount of cash to experience it.

“John Morton and the BRE team played a pivotal role in putting Datsun—and Japanese cars in general—on the map for car enthusiasts in America,” automotive historian and journalist Ben Hsu said in a statement. “The fact that their story will now be available to a younger generation ensures that this important story lives on forever.”

The book is available for pre-order now on CarraraBooks.com or wherever eBooks are sold. It will be released on April 5, 2021. Mark your calendars.