Helio Castroneves raised the Indianapolis 500 post-race festivities to a joyous new level in celebrating his historic fourth victory in the 105th running of the Memorial Day classic. After a couple of cooldown laps, “Spiderman” parked his No. 06 Sirius/XM Honda just past the yard of bricks and launched his now-traditional climbing of the fence, to the total delight of a packed front-straight grandstand. He was joined by several of his crew plus co-team owner Mike Shank. 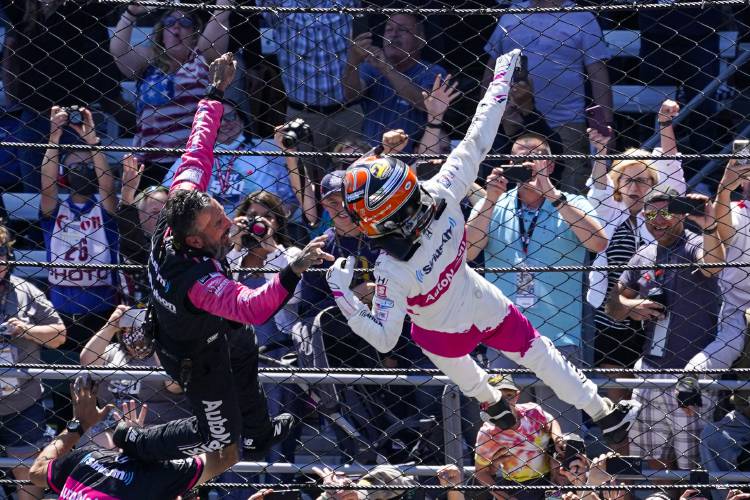 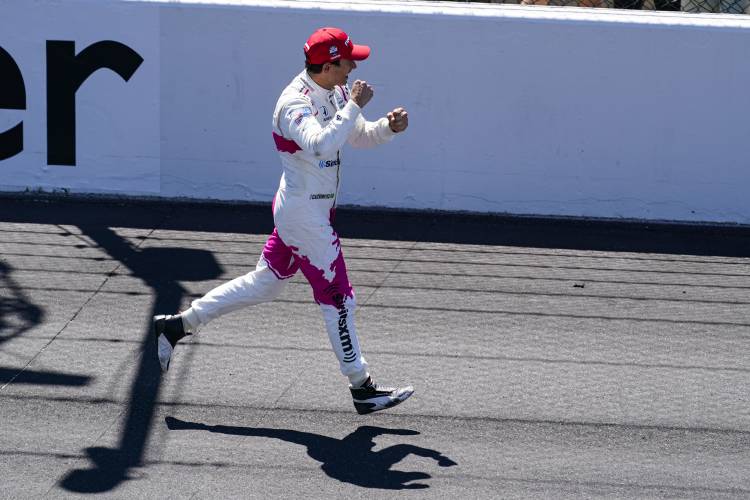 Castroneves starts a new tradition by running  back down the track. [AP Image/Darron Cummings)]

The ebullient Brazilian then appeared to start running a Polish victory lap back down the front straight to thunderous approval from fans. There was much embracing – Conor Daly, teammate Jack Harvey, Will Power, Mike Shank and crew, a kiss on the top of the head from Mario Andretti. It took a good 15 minutes to herd Helio to the lift that took him and his racecar to the victory platform. It then took another 15 minutes to get him into the racecar for the presentation of the wreath, bottle of milk and the iconic Borg-Warner Trophy, soon to carry his fourth facial sculpture. 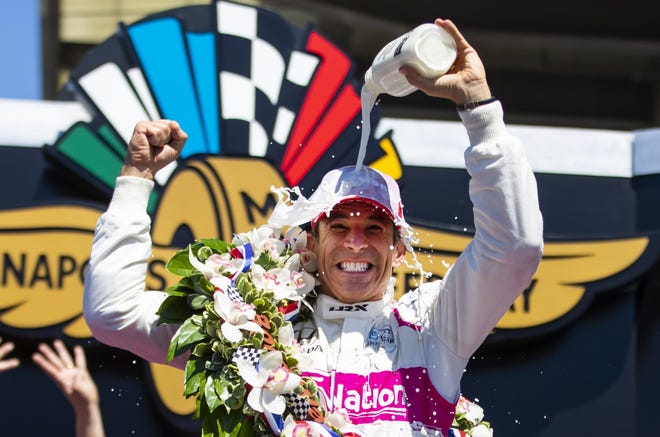 “I knew I had to fight, put the elbows out,” Castroneves told NBC on the podium. “Man, I only did two races this year and I won two (the Rolex 24 at Daytona and Indy). You think I still got it? It’s not the end of it. It’s the beginning. The old guys are still kicking the young guy’s butts.” – a reference to 43-year-old Tom Brady’s seventh Super Bowl victory in January and Phil Mickelson’s triumph in the PGA Championship a few weeks ago at age 50.

It was a most satisfying day for Roger Penske. The 135,000 fans allowed into the Speedway on race day was the largest crowd to attend an event of any kind in more than a year. And they were treated to one of the most competitive 500s in recent memory, if not ever.

As if in anticipation of Castroneves’ somewhat unexpected result, all three of the previous 4-time victors were in attendance: A.J. Foyt, Jr., Al Unser, Sr. and Rick Mears.