LONESTAR J.R. DRAWS A CROWD FOR AN AUTOGRAPH SESSION

Three-time Indianapolis 500 winner Johnny Rutherford probably signed more autographs than any of the luminaries at the Speedway for the 105th running of “The Greatest Spectacle in Racing”. J.R. helped create the Official Souvenir Program cover for the race’s 2021 edition, hand-drawing the cars of four-time champions A.J. Foyt Jr., Al Unser and Rick Mears. 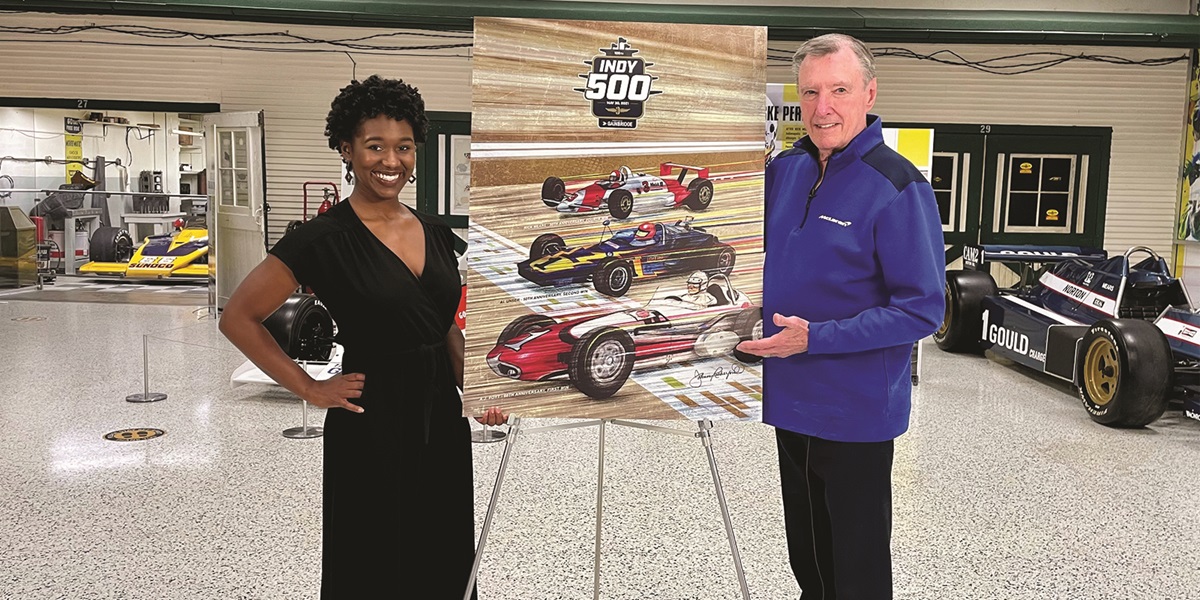 Rutherford, a passionate artist, used a pencil method to draw the cars of the race’s winningest drivers – who all share an anniversary in 2021. Rutherford drew the No. 1 Bowes Seal Fast Trevis/Offy roadster that fellow-Texan Foyt drove to his first Indy 500 victory 60 years ago, in 1961; the No. 1 Johnny Lightning P.J. Colt/Ford Special in which Big Al earned his second Indy win 50 years ago, in 1971 and Mears’ iconic red-and-white No. 3 Marlboro Penske/Chevrolet Indy A in which he won his fourth Indy 500 in 1991 – 30 years ago.

“It’s an honor to be a part of this project and to do this program cover,” said Rutherford, 83, who scored his 500 victories in 1974, 1976 and 1980. “I just hope the fans like it and everybody enjoys the fact that it was me, a three-time winner here, that drew that. Add this to what I’ve accomplished at the Indianapolis Motor Speedway in my career, and it’s special.”

The 2021 program cover is a collaboration between Rutherford and IMS graphic designer Amiah Mims. After Rutherford provided drawings of the cars, Mims reimagined the 1980 INDYCAR champion’s artwork in a digital format and integrated it onto a digitally created background that highlights the cars Rutherford drew, as well as the iconic Yard of Bricks.