A CHECKERED PAST – AL UNSER JR. 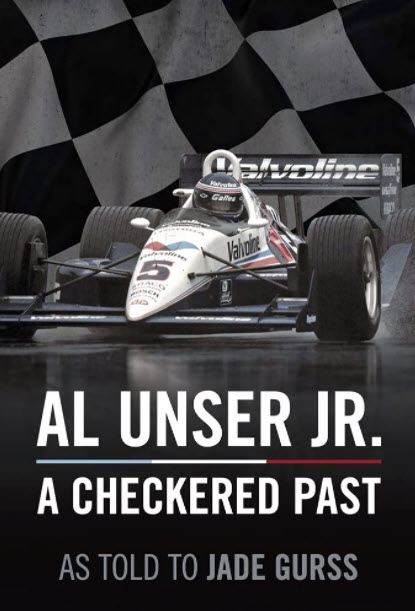 We’ve all heard of the hold that alcohol and drugs had taken on Al Unser, Jr.’s life – to the detriment of his career and family. It was inevitable that at some point he would publicly face these personal demons. That time has come. Unser sat down with Jade Gurss, a writer of exceptional skill and sensitivity, to unwrap his life in and out of the limelight. “Al Unser, Jr. – A Checkered Past” will go on sale Oct. 1.

His splendid racing career, made possible by a rare blend of genetic talent and intensity, thrust him into the top echelon of motorsports, where he lived and excelled for several decades. It was away from the racetrack where his downward spiral began to strip away the foundations of his life – his marriage, his financials, his image, his inner core. It’s commonly thought that “rock bottom” is the springboard to recovery. Unser found it.

Al talked. Jade listened and recorded. The result is this remarkable story of demon-battling, an unblinking-assessment of a life in shambles and plotting a way out of the pit. This a must-read for all friends and fans of Al Unser, Jr.; and for any that may be facing a similar abyss, it’s a ray of hope. – Bill King, Editor

About as many bytes have been scurrying around cyberspace the past few weeks about Robin Miller as his prolific brain spilled onto keyboard in the average couple of months. The public learned of his terminal condition about a month before his passing in late August via a farewell column on Racer.com. In typical Miller fashion, there were no regrets. He’d lived his life the way he wanted to and had written what he thought about what he heard and observed. He was as deep inside motorsports, particularly IndyCar racing, as anyone; but he was NOT an “insider”. Nobody owned Robin Miller.

He was deeply, visibly moved by the outpouring of admiration and respect during the Indy/NASCAR combo weekend at the Speedway which had been his hunting ground for more than four decades. He could not have scripted a more meaningful send-off.  – Bill King, Editor 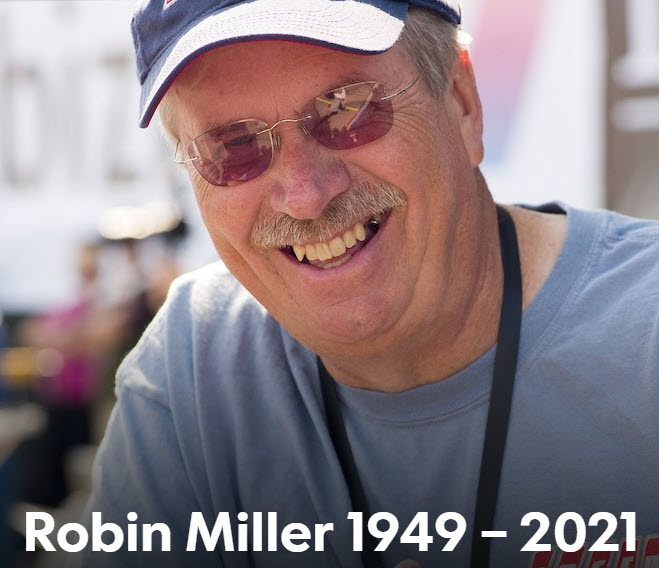