GREG PICKETT AND PAUL PFANNER TO SCCA HALL OF FAME 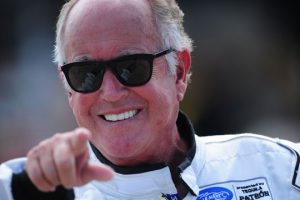 There is longevity, and then there’s Greg Pickett. No other driver can claim to have won a Trans Am Championship race in six different decades, with his first coming in 1978 and carrying through into 2021 as a 73-year-old. Pickett was the 1978 Category II Drivers’ Champion, and went on to win two championships as a team owner in the American Le Mans Series. A multiple race winner as a driver, Pickett and his Muscle Milk brand were instrumental in reviving the Trans Am Championship in 2009 after a three-year hiatus. Pickett began his driving career as an SCCA Club Racer, entering his first Trans Am race in 1975 using his A Sedan car.

Paul Pfanner’s contributions to the Club are not difficult to quantify. Though his SCCA career began as a Formula Ford racer in the early 1970s, his longer-lasting contribution came first as the publisher of his local Cal Club Region newsletter, which opened the door for his company, now RACER Media & Marketing, to publish SportsCar Magazine and become the official monthly record of the Club’s activities. Under Pfanner’s guidance since 1984, SportsCar Magazine became the Club’s most visible marketing piece, covering the Club’s activities and highlighting its members to make SCCA more attractive. Through SportsCar, RACER Magazine and RACER.com, Pfanner and his organization continue to promote the SCCA to the motorsports world and beyond. 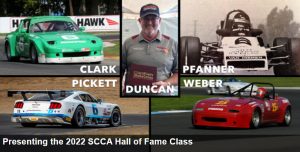