Although not a member of the RRDC, Sir Frank Williams is known to most of our membership and fondly remembered by those who called him a friend. His is a remarkable story of perseverance and sheer determination where his wife Virginia kept his doctors pulling the plug on the machine that was sustaining his life after his neck was broken in a road accident in France in 1986.

His career is chronicled in numerous articles, including racer.com and motorsport.com with remembrances and testimonials from racing royalty. 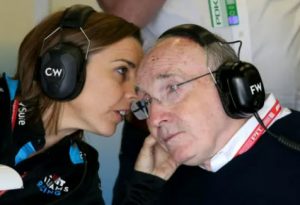 A couple of personal remembrances of Sir Frank Williams: my boss at Goodyear Leo Mehl used to grumble at being called at ungodly hours of the morning by Sir Frank. “He’s awake most of the time so his mind is constantly working. ‘Frank, it’s 2 a.m.’ and he always apologized but then told me what he’d just thought of.”

Sir Frank and Patrick Head came to Akron to cut the Williams’ F1 tire deal for the upcoming 1990 season. Leo always took visiting dignitaries up to “Mahogany Hall” – the fifth floor of the Goodyear headquarters building on East Market – to meet the Chairman, in this case Stanley Gault. I accompanied with our photographer. Knowing our annual racing budget was around $100m at the time, Mr. Gault asked Frank about his annual budget. “I’m one of the mid-level teams really. Our expenditures are around $70 million. Ron (referring to Dennis at McLaren) has a bit more than twice that.” So, Mr. Gault asks about Ferrari. “At Ferrari, there is no budget,” leaving all but Leo agape. – Bill King, Editor 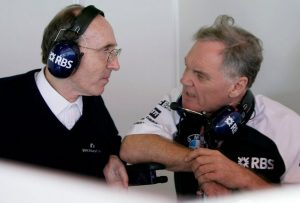 Williams and his longtime friend and collaborator Patrick Head were the heart and soul of Williams Grand Prix Engineering.

Art Evans was a man-for-all-seasons. He did a little bit of everything in motorsports, a lot of which was significant and all splendidly done. Art was a racer in the golden era of 1950s west coast road racing, a car builder (Devin), a professor, an award-winning photographer, illustrator, writer/author and event organizer. He passed away Nov. 11. The Fabulous Fifties newsletter chronicles Art’s journey. – Bill King, Editor 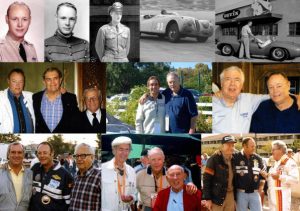 The many faces of Art Evans.

ED SWART – FROM ZANDVOORT TO DAYTONA 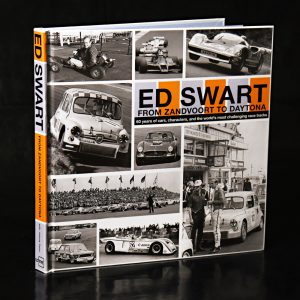 “As a longtime member of the RRDC, I am sending you this email to let you know that after 6 years in the works, we finally have my book “ED SWART from Zandvoort to Daytona” printed and available.

“I have raced 60 years (1961-2021) in 602 race weekends. Finally retiring at age 84. Born in the Netherlands, raced in Europe till 1980 when we emigrated to the USA to continue there. That is why we decided on this title for the book …from Zandvoort to Daytona.

“The book has 192 pages, a hard cover and over 300 pictures. The foreword is by Brian Redman.

“My publisher William Taylor has the book available on his website; www.coteriepress.com” and below are some links with more information on the book and how to order it.

A CHECKERED PAST – AL UNSER JR. 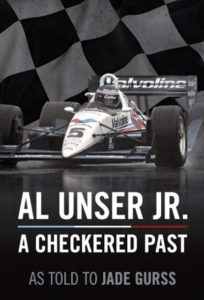 We’ve all heard of the hold that alcohol and drugs had taken on Al Unser, Jr.’s life – to the detriment of his career and family. It was inevitable that at some point he would publicly face these personal demons. That time has come. Unser sat down with Jade Gurss, a writer of exceptional skill and sensitivity, to unwrap his life in and out of the limelight. Al Unser, Jr., A Checkered Past is available at Amazon.com.

His splendid racing career, made possible by a rare blend of genetic talent and intensity, thrust him into the top echelon of motorsports, where he lived and excelled for several decades. It was away from the racetrack where his downward spiral began to strip away the foundations of his life – his marriage, his financials, his image, his inner core. It’s commonly thought that “rock bottom” is the springboard to recovery. Unser found it.

Al talked. Jade listened and recorded. The result is this remarkable story of demon-battling, an unblinking-assessment of a life in shambles and plotting a way out of the pit. This a must-read for all friends and fans of Al Unser, Jr.; and for any that may be facing a similar abyss, it’s a ray of hope. – Bill King, Editor 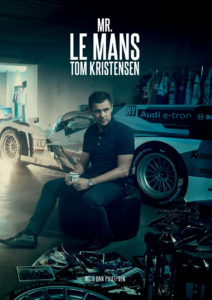 Between 1997 and 2014, Tom Kristensen won the world’s toughest automobile race, the Le Mans 24 Hours, a record nine times and finished on the podium on five more occasions. Every time his car made it to the finish, in fact, he was in the top three. It is no wonder that this great sports car driver is known as “Mr. Le Mans” to motorsports fans around the world.

Now retired from racing, Kristensen shares in this book his deepest personal reflections and insights from inside and outside the cockpit. He looks back on more than 30 years spent striving for perfection in racing and tells of the battles and setbacks that sometimes seemed impossible to overcome, including a terrible accident in 2007.

Voted “Sports Book of the Year” when originally published in Kristensen’s native Denmark, this thoughtful memoir is now available in English – 432 pages with 125 photos – with Dan Philipsen and foreword by Dr. Wolfgang Ullrich.

Evro Publishing books are distributed in North America by Quarto Publishing Group USA. Books can be ordered from Quarto by email: sales@quarto.com; phone number: 800-328-0590; or website: quartroknows.com. Please use the relevant ISBN number when ordering – 978-87-972603-0-2. Also available at Amazon.com.

WILLIAM JEANES’ THE ROAD TO PICKLETOWN 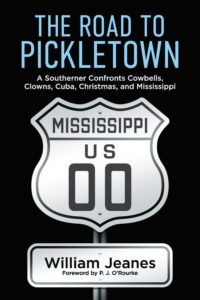 The Road to Pickletown – A Southerner Confronts Cowbells, Clowns, Cuba, Christmas, and Mississippi; written by longtime automotive and auto racing journalist William Jeanes, is not what one would expect to come from the pen of a car guy. It’s a selection of the many columns Jeanes has written over the years, including for the Northside Sun, a “prosperous and principled” weekly newspaper in Jackson, Mississippi.

“Being a newspaper or magazine writer in Mississippi is like being the possum in a petting zoo – people know you’re there but don’t want much to do with you,” Jeanes said in his introduction. “Some of the columns draw on my experiences as an advertising executive, an editor, a diesel mechanic, a bartender, an amateur actor, a veteran of the Cannonball coast-to-coast race, and a traveler who has seen all seven continents and more than one hundred countries.”

The Road to Pickletown is available on Amazon Kindle. Paperback production began March 24, 2021. Order from Amazon.com and BarnesandNoble.com. 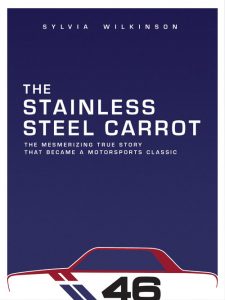 The definitive tale of Peter Brock’s BRE team and its star driver, John Morton, is chronicled in The Stainless Steel Carrot. It’s a chronicle written by motorsports journalist Sylvia Wilkinson over the course of two years while she was embedded with the team throughout the 1971-1972 seasons. It tells the story of how Brock, Morton, and the rest of the crew poured their entire lives into making sure they secured victory, fending off capable rivals and risking it all for a chance at greatness.

Released April 5, 2021, the eBook is available on CarraraBooks.com or wherever eBooks are sold. 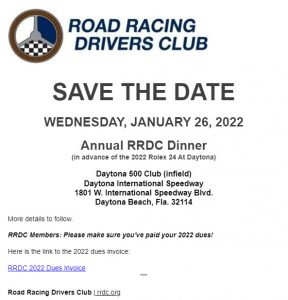