DAYTONA BEACH, Fla. (Jan. 27, 2022) – Scott Atherton, former President of the International Motor Sports Association (IMSA), was honored by the Road Racing Drivers Club with the 2021 Phil Hill Award. The 2019 award recipient, RRDC President Bobby Rahal, made the presentation at the annual RRDC members’ dinner on January 26 prior to the running of the Rolex 24 At Daytona, the season opener of the 2022 IMSA WeatherTech SportsCar Championship. 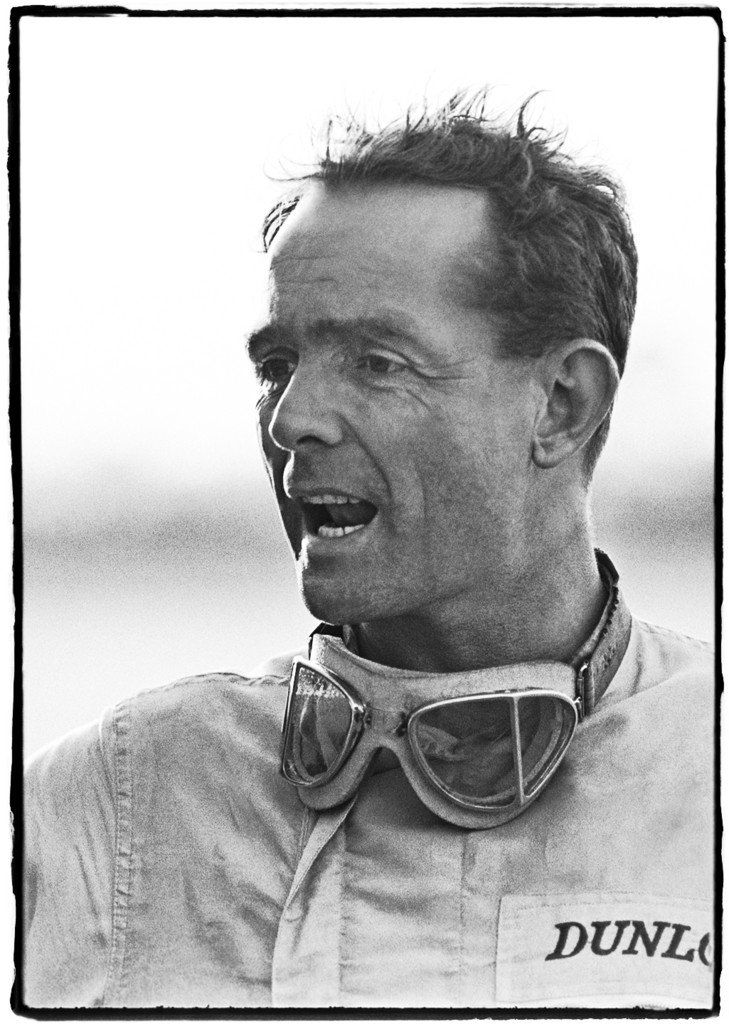 Born and raised in Seattle, Washington, Scott Atherton was best described by the evening’s Master of Ceremonies, Bob Varsha, as “a four-decade veteran of motorsports with a unique perspective on the entirety of road racing: as a race-car driver, track General Manager, CEO at Panoz Motor Sports Group overseeing the creation of championship-winning race cars, building the American Le Mans Series, spending two decades as President of the International Motor Sport Association, and so much more.”

The “so much more” includes racing go-karts and Formula Fords, working with Tom Gloy’s three-car Formula Atlantic team, and taking on CART team and event title sponsorship responsibilities for Domino’s Pizza, “where I first met Bobby Rahal, among others, in 1985,” he said.

“I spent a total of nine years with Domino’s Pizza, but my real passion was not the pizza business, it was road racing,” Atherton said. He soon became President and General Manager of Laguna Seca Raceway until “Roger Penske called and I left to become President/General Manager of Nazareth (Pa,) Speedway, a part of Penske Motorsports, and eventually ended up as President of California Speedway in Fontana.” 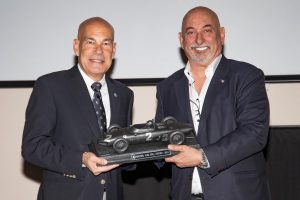 “In 2012 I worked directly with Jim France and Ed Bennett to negotiate the sale of Panoz Motor Sports Group to NASCAR, merging the ALMS and Grand-Am Series into the IMSA Tudor (Now WeatherTech) SportsCar Championship. It was the most difficult process I’ve ever experienced, but it was the catalyst that enabled sports-car racing to be where it is today – stronger than ever.”

He lives in New Smyrna Beach, Florida, with Nancy, his wife of 35 years.

“I can’t put into words how thrilled I am to have been chosen to receive the Phil Hill Award,” he said. “I was literally shaking when Bobby called me with the news. While I consider myself a race fan across many genres, road racing has always been at my core and my only true passion. And to be recognized by my peers for making a contribution to the betterment of road racing is truly a dream come true for me.”

“When you think of class and of accomplishment, you think of Phill Hill. He was a fantastic person who gave a lot back to the sport we love,” said Rahal.

“I don’t know how many trophies you have in your cabinet, Scott, but they’re going to be second to this one. This is the coolest award going.

“When we discussed who’s really deserving of this award, it really became clear to us that Scott was the guy. We’ve been friends since the early ’80s. He went to work at Nazareth for Roger (Penske), then he went to Fontana to work for Roger, and then he came here with ALMS. Every step of the way he’s had tremendous positions of responsibility, and he did a great job.

“Scott, this is a very well-deserved award. I thank you for all you’ve done.” 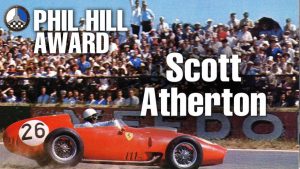