LONG BEACH, Calif. (April 8, 2022) – Four-time Indy 500 winner Rick Mears was honored by the Road Racing Drivers Club in front of a capacity crowd at the April 7 RRDC Evening with Rick Mears Presented by Firestone. The audience included auto racing dignitaries, corporate executives and champion race-car drivers, and was held prior to the running of the 47th Acura Grand Prix of Long Beach at the Hilton Hotel.

Also in attendance were representatives from the NTT INDYCAR SERIES, the IMSA WeatherTech Sports Car Championship and other vintage, amateur and semi-professional series. 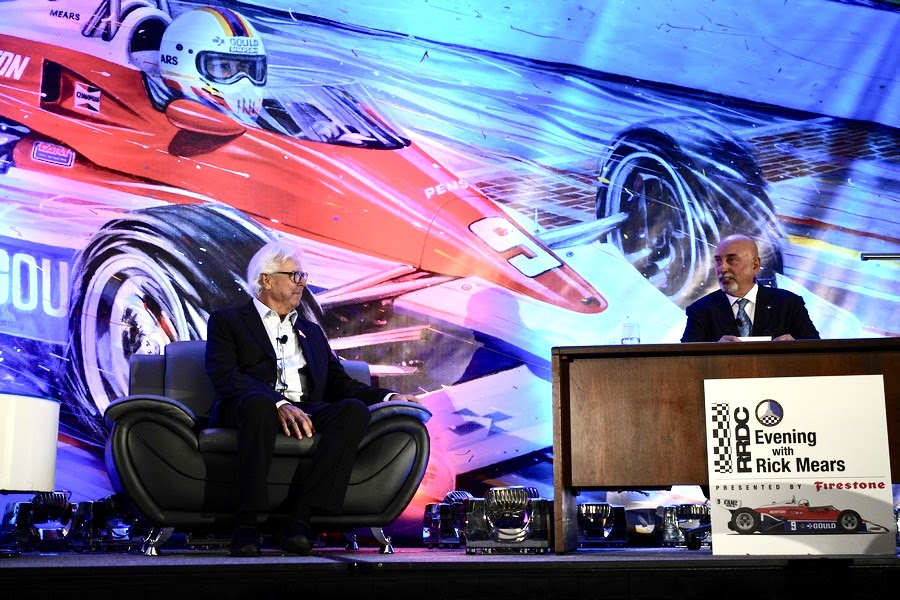 It was the RRDC’s 12th annual banquet honoring auto racing’s most influential leaders, and the organization is celebrating its 70th anniversary this year.

Originally scheduled for 2020, the event was postponed for two years due to the pandemic.

On behalf of Firestone Racing, which has been the presenting sponsor of the RRDC “Evenings” for 11 years, Lisa Boggs, Director, Bridgestone Americas Motorsports, said, “I guess the third time is really the charm. Rick is legendary. One of the best to ever pilot an Indy Car. But it’s really his grace and kindness to the fans and to everybody in the sport that sets him apart. That’s what a legend really is.” 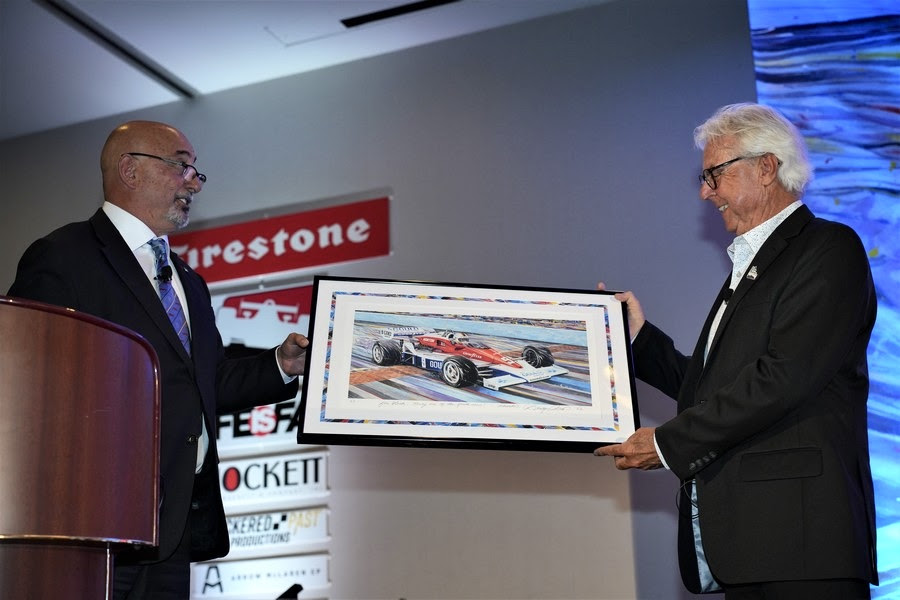 A short video written and voiced by Sam Posey, chronicled Mears’ career and personality. “Outside the cockpit the quiet Californian drew little attention to himself and then in victory he was subdued – as if for him it was nothing exceptional. And it wasn’t,” Posey narrated. “Roger Penske’s confidence in Rick was a testament to the kind of driver he was. All go and no show. After their first season together, Rick never drove for anyone else.”

“We tried to have this event two years ago, then one year ago,” said Rahal. “And now we’re here and I want to thank you all for staying the course, not just to come together tonight to honor Rick but also to have a great time amongst friends in the industry that we love so much and care so much about.

“I’m really pleased and appreciative that Rick didn’t get bored over the last three years and decide not to come. So, thanks, Rick.”

Rahal continued, “There’s no question that Rick, aside from being a four-time Indy 500 champion, was clearly one of the greatest drivers in INDYCAR history. I am privileged to have counted Rick as one of my fellow competitors at the time and I’m really pleased that he’s here tonight to talk racing with all of us.”

Rahal then “interrogated” Mears on his dynamic career in the style of “Late Night with David Letterman,” covering the gamut of Mears’ racing history, including the challenges of switching from ovals to road courses, his recovery from his 1984 and 1992 crashes, his longtime and continuing association with Roger Penske, his life-changing decision to finally retire from racing, and ‘life lesson’s learned’ from Bobby Unser.

Roger Penske, for whom Mears drove from 1978-1992 and with whom he continues to this day as a member of Team Penske, joined Mears and Rahal on stage, talking about their successes, failures and enduring respect for each other. 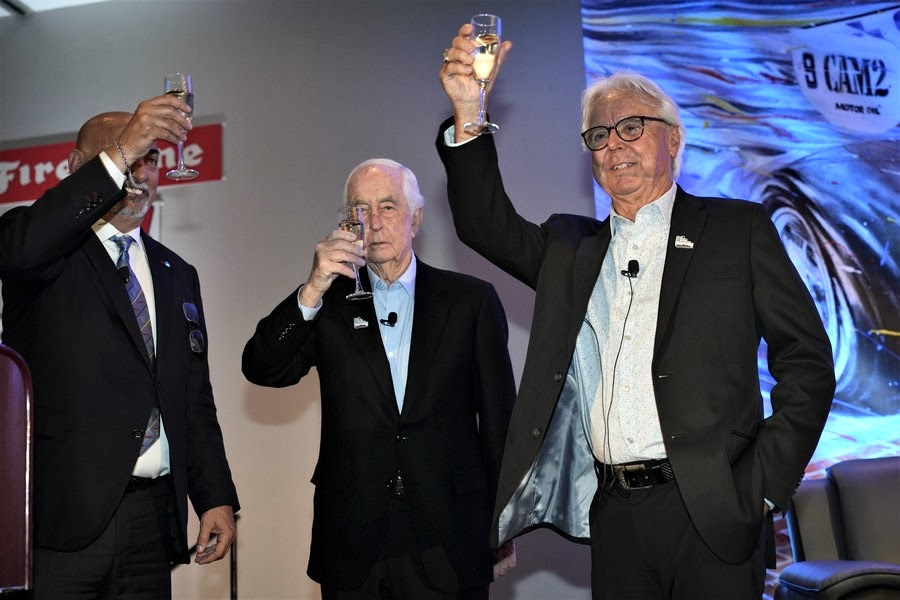 On receiving this recognition, Mears said, “I’m just honored, honored, honored. This is a great event for a great cause. Just to have all your friends, race friends and peers come together like this is just a great opportunity for me. I don’t know how to explain it; it’s just a great feeling.”

As for the RRDC’s third attempt to honor him, “The third time’s the charm,” he said. “I’m glad everybody was persistent and came back. It’s a real racer’s deal all the way through.”

Featured on the patio during the cocktail reception sponsored by INDYCAR was the 1977 Porsche 934.5 which Bruce Canepa, Mears and Monte Shelton took to a podium finish in the 1979 Daytona 24 Hours. The Porsche resides in the Canepa Motorsports Museum in Scotts Valley, California. 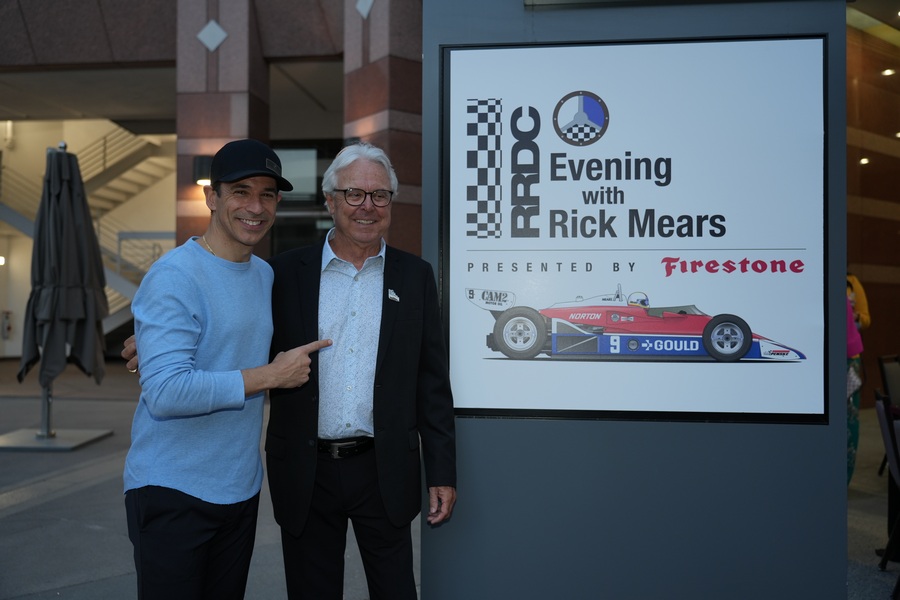 Auctioned off at the dinner was a selection of photos contributed by some of racing’s leading photographers — all autographed by Mears — as well as the massive Randy Owens stage banner, depicting the Gould Charge Special that Mears took to the first of his four Indy 500 wins in 1979 — and the original artwork that Owens produced for the evening. Also included was a new hard-back edition of the Racemaker Press book, “Rick Mears — Thanks,” signed by the author, Gordon Kirby, as well as Mears and Penske, a 1:18-scale collectable die-cast model of Mears’ Indy 500 winner from 1979, plus original artwork from RACER Magazine’s in-house artist Paul Laguette.

The dinner’s proceeds help support the RRDC’s young driver initiatives, including its groundbreaking SAFEisFAST.com program, and the Team USA Scholarship, which the RRDC has backed since 1997.