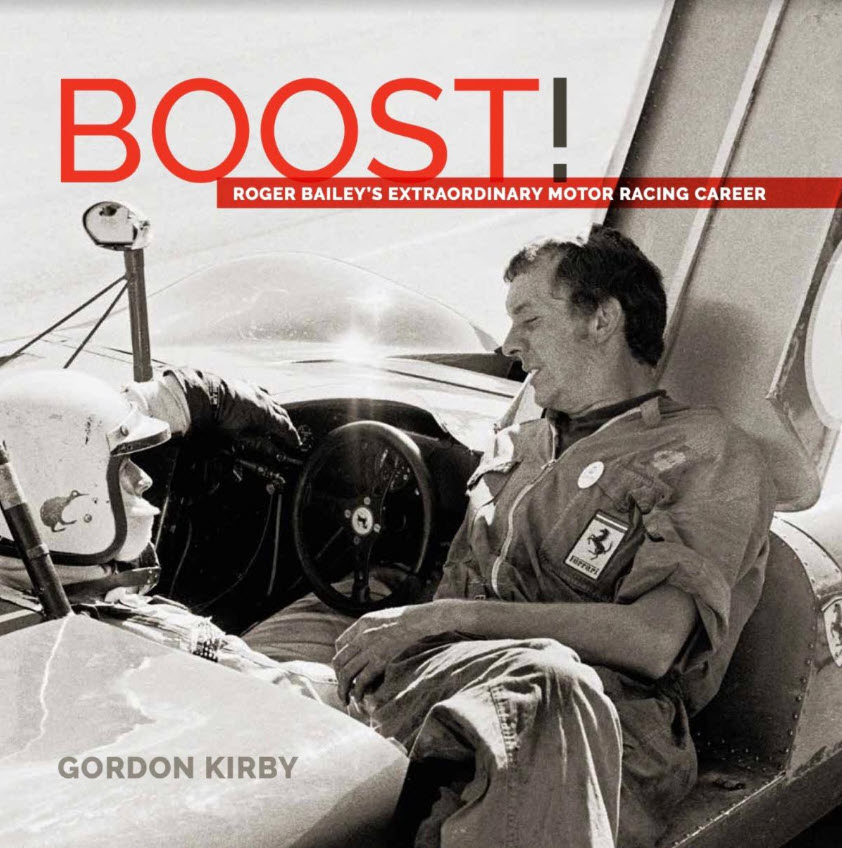 Perhaps nobody in the history of automobile racing enjoyed a career of wider reach and diversity than Roger Bailey. Over the course of 52 years, from 1959-2012, Bailey competed as a mechanic, engine builder, crew chief, sanctioning body technical inspector and, finally, co-founder and administrator of the Indy Lights series.

“Boost!” details Bailey’s life and career, documenting the many skills that made him so successful. “Roger was such a great guy,” said Roger Penske, founder and chairman of Penske Corporation and decades-long owner of multiple race teams. “He worked with us in the SCCA Can-Am Series in 1967 and you could see that his passion for racing was as strong as anyone’s. He brought a lot of good ideas to us and was one of the hardest workers we ever had in our organization.

“You could see that when he took over running the Indy Lights series. He had a wide wing span of what he could do and people liked him as a person to be their leader. If you can lead people like Roger has done over the years you build real momentum and he was at the top of that list.”

“In ‘Boost!’ I’ve tried to capture not only Roger Bailey’s talents but his ability to work with a variety of different personalities in this sport to achieve success and maintain lifetime relationships based on his tactful straightforwardness. He made it work, and it worked well,” said Kirby, who now counts eight books that he’s authored for Racemaker Press of the 17 of his career.

Bailey started his career in 1960 with the Jim Russell School in England. He then worked for the Cooper Car Company, winning the 1961 British Saloon Car Championship with Sir John Whitmore’s Mini-Cooper and the 1964 British Formula 3 Championship with Jackie Stewart’s Ken Tyrrell Cooper. He worked on Bruce McLaren’s F1 Cooper in 1965, then worked on Ford’s Le Mans program, building Ford GT mk 2s for the 1966 and ’67 Le Mans 24 Hours. After a season in the Can-Am with George Follmer’s Penske/Lola T70, Bailey spent two years at Ferrari preparing Chris Amon’s Formula 1, Tasman, sports cars and Can-Am cars. He was the first non-Italian to work for Ferrari’s race team.

In 1970 Bailey worked on George Eaton’s BRM Can-Am cars then spent five years with McLaren Engines in Detroit building turbo Offenhausers for Johnny Rutherford’s McLaren Indy cars, twice winning the Indy 500 with Rutherford. He moved on to run at McLaren turbo BMW 320i in IMSA for David Hobbs before spending four years with IMSA as the sanctioning body’s technical director.

His career as a mechanic came to its culmination in 1986 when he co-founded the American Racing Series with Pat Patrick. In 1991, the ARS became the Indy Lights series with Bailey at the helm of the category through its heydays until his retirement in 2012.

“Boost!” Is a large format, hard-backed book filling 210 pages with 120 photographs. The book retails for $60 plus shipping and is available from Racemaker Press at 39 Church St., Boston, MA 02116. The book may be ordered at Racemaker.com. 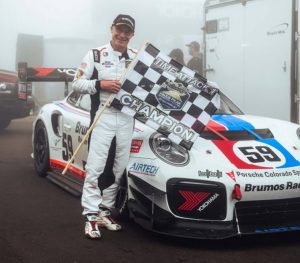 David Donohue drove the iconic liveried No. 59 Brumos Porsche to first in the Time Attack Class and third overall in the 100th running of the Broadmoor Pikes Peak International Hill Climb on June 26. [BPPIHC image]

Dr. Frederick Simeone, founder of Philadelphia’s Simeone Foundation Automotive Museum housing one of the world’s more eclectic automobile collections, passed away June 11, three days after his 86th birthday. The museum’s frequent Demo Days highlight events, people and machinery from across the motoring spectrum. RRDC members have been honored over the years during the Museum’s annual festival. Dr. Simeone will be sorely missed.

Alain de Cadenet, racer, constructor and television commentator, passed away July 2 at age 76. As a telecaster, de Cadanet did stints with Speedvision, Speed Channel, ESPN and Velocity, hosting such iconic shows as Legends of Motorsport and Victory By Design for Speed where he drove vintage racing cars and discussed their history. One of his last productions was Velocity’s Renaissance Man covering cars, motorcycles and racing at Monaco. A fascinating man and a zany character, his obituary appeared in The Guardian.