The Team USA Scholarship has confirmed that three young American drivers will represent their nation in the prestigious Formula Ford Festival and Walter Hayes Trophy events in England this fall. Elliott Budzinski (center, below), 20, from Ann Arbor, Mich., William Ferguson (left), 18, from Pacifica, Calif., and Thomas Schrage (right), 17, from Bethel, Ohio, have been selected following an intense two-day shootout among six participants at the Polecat Training Center facility in Lynchburg, Tenn. 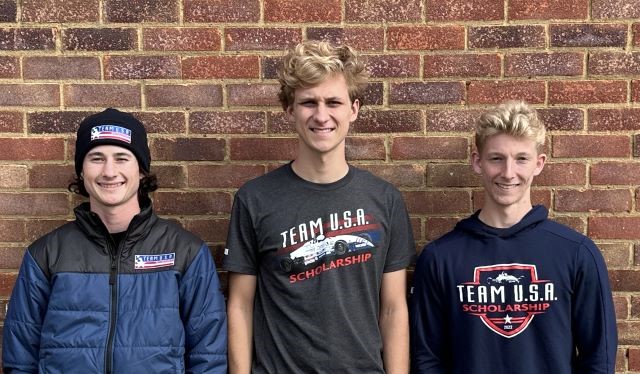 The trio will follow in the footsteps of an array of former winners including Jimmy Vasser, Bryan Herta, Jerry Nadeau, Buddy Rice, Andy Lally, Josef Newgarden and Connor De Phillippi in sporting the program’s distinctive red, white and blue livery during the formative stage of their careers. 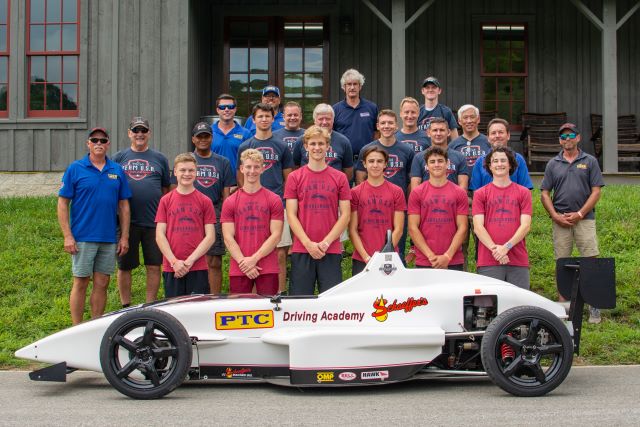 “It is no exaggeration to say that the quality of drivers invited to take part in the shootout seems to improve with every passing year,” said Shaw. “The standard this time was incredibly high. All six finalists impressed our judging panel, and we had an extremely difficult task to choose between them. In the end, thanks to the burgeoning enthusiasm of our loyal group of supporters, we have been able to stretch ourselves beyond the original intention which was to select just two winners. I know I speak on behalf of our entire panel when I say that all six have the necessary skill sets to make a mark as they establish themselves on the motorsport ladder.”

Budzinski, Ferguson and Schrage have already arrived in the UK to begin preparations for the Formula Ford Festival, which will take place at Brands Hatch on the weekend of October 22/23 and the Walter Hayes Trophy at Silverstone on November 5/6. All three will drive identically prepared Ray Formula Ford cars under the Ammonite Motorsport (formerly Low Dempsey Racing) banner.

“I feel honored to represent the United States, and to be part of the ever-expanding list of alumni coming out of the Team USA Scholarship is something truly special,” said Budzinski, a former kart racer who burst onto the car racing scene by winning a Formula F title at the famed SCCA June Sprints at Road America earlier this summer. “This will be my first time away from home for more than a week at a time, so I view it as an opportunity to get out of my comfort zone and soak in as much information as possible from the many years of experience and knowledge that will be available to me.

“I can’t thank Jeremy Shaw, the whole crew of judges, and program partners enough for all the hard work they put in making this happen every year.” 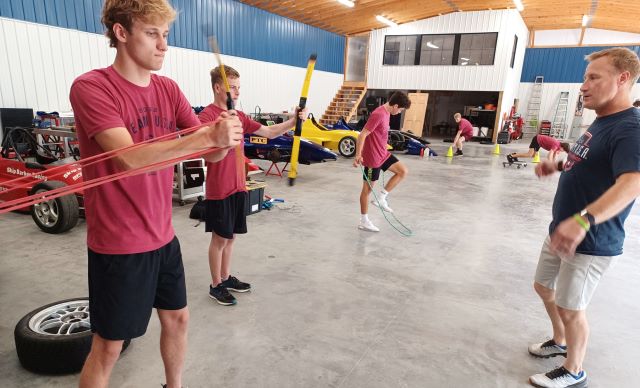 “I am extremely grateful for this opportunity,” added Ferguson, who finished a close second in the recently concluded Toyo Tires Formula 1600 Championship in Canada. “I believe we have a very strong group of drivers and will definitely pose a challenge to all the veterans of Formula Ford. Obviously, the goal is to win but besides that there will be so much new information to take in.

“The racing will be brutal and I know I will learn a lot about driving, but I will also be spending six weeks in another country so that’s very exciting in itself. Being surrounded by such talented and successful people, I hope to bring back new and better ideas for marketing myself and to make the next big step in my career, keeping up the recently strong momentum.”

“It’s such an honor to join the long list of successful drivers who were given this opportunity to further their careers,” said Schrage, who currently leads the FRP F1600 Championship Series by 31 points with three races remaining and also recently won a Kenyon Midget Series race on the high-banked Anderson Speedway oval in Indiana. “The trip to England will be an eye-opener for me as I explore the world of Formula Ford racing. I expect a great experience on and off track, gaining more racing connections along with an incredible amount of seat time during this adventure.

“My focus has been shifted toward building a brand for myself overseas as well as bringing home some hardware from the iconic events I will participate in. Thank you to Jeremy Shaw, the full panel of judges, sponsors and everyone involved in making the Team USA Scholarship program possible.” 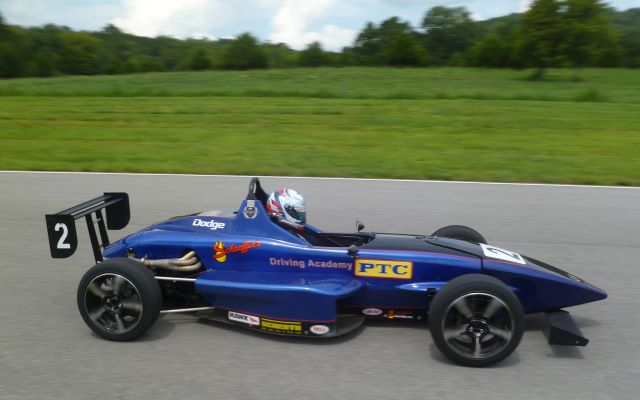