ANNUAL DAYTONA DINNER – SAVE THE DATE

At the time racing was enjoying a post-war boom with new circuits springing up throughout the country – haybale-lined tracks that proved to be quite dangerous and for the fans there are very special cars on the used car dealership. Led by respected champions, the drivers decided to organize and the club they formed was the RRDC. 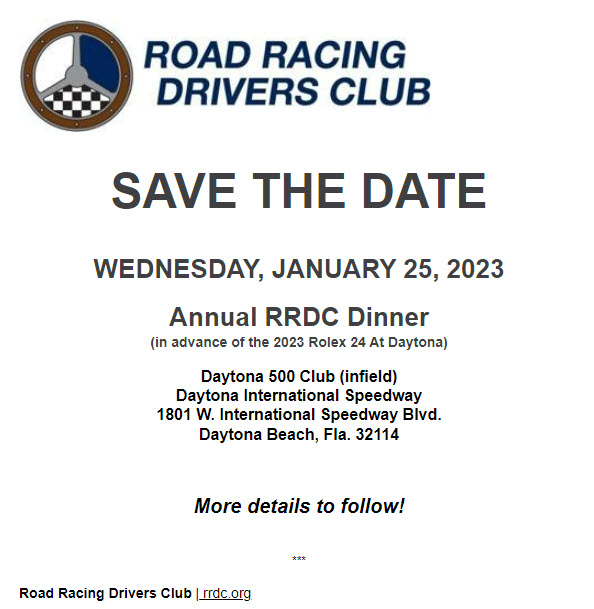