Vic Elford, among the world’s most versatile race drivers ever, passed away Sunday (March 13) after a long bout with cancer. He was 86. Elford excelled in every form of motorsport he attempted from pavement to dirt to sand and gravel. Marshall Pruett penned a wonderful remembrance of the Londoner on Racer.com – a must read with the heartfelt recollections of Patrick Long, Dario Franchitti and Juan Pablo Montoya. 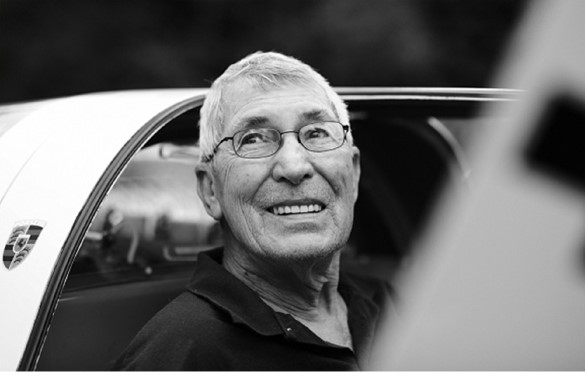 STATEMENT FROM RRDC PRESIDENT BOBBY RAHAL ON THE PASSING OF VIC ELFORD:

I, like so many people worldwide, was saddened to learn of Vic Elford’s passing earlier this week. Vic, perhaps alone amongst his peers, took on any challenge, from Formula 1 to Can-Am; from sports cars to rallying, from Trans-Am to NASCAR!

“The RRDC had the honor and privilege to award Vic the Phil Hill Award at Daytona in 2015 and, as expected, he entertained us all that evening with tales of conquering the Porsche 917 and other driving experiences.

“In 1970-71 I had the personal experience to see Vic practice his craft at Sebring, culminating in his great victory alongside his partner Gerard Larrousse…and then going on to wheel Jim Hall’s Chaparral 2J. And who could forget Vic bravely wrestling the AVS Shadow? Vic impressed everyone with his courage, bravery and skill.

“On behalf of all of us at the RRDC, we extend our deepest sympathies to Vic’s family.”